The New Jersey senator delayed his plan to bring a unanimous consent request ‘as a courtesy’ to Sen. Rand Paul, who is blocking the request 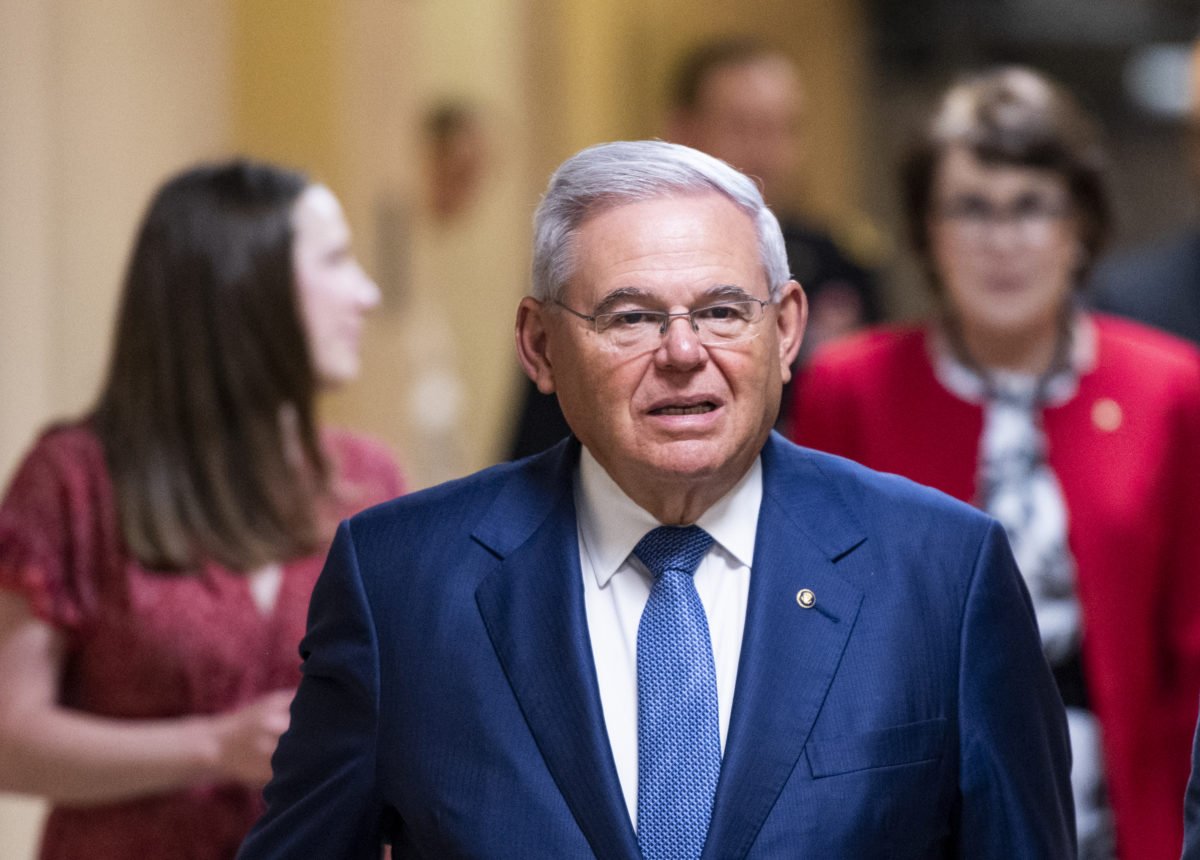 Menendez said that he had planned to bring a unanimous consent request on the Iron Dome funding bill, which passed the House last week, to the Senate floor on Thursday night but ultimately delayed until Monday “as a courtesy” to Sen. Rand Paul (R-KY) who is currently blocking the request and asking that it be amended.

Paul’s amendment, obtained by Jewish Insider on Thursday morning, would rescind all unobligated reconstruction aid to Afghanistan, including aid to non-governmental organizations, and reallocate it to fund the Iron Dome missile-defense system.

“I don’t see what’s so controversial to Democrats about taking money from the Taliban to pay for this request,” Paul’s spokesperson Kelsey Cooper told JI.

Menendez criticized Paul for blocking unanimous consent on the funding request. “I think it’s a shame that he can’t allow it to move forward,” Menendez told JI. “There is broad bipartisan support for that, to stand by Israel and have them have the wherewithal to defend themselves.”

On Thursday, Menendez, who chairs the Senate Foreign Relations Committee, discussed Israel and Iran in a virtual meeting with the American Jewish Congress.

Menendez praised President Joe Biden for his handling of the flare-up between Israel and Hamas in Gaza in May. During that conflict, Menendez sparked concerns when he criticized the Israeli government for an airstrike on a building in Gaza containing offices of the Associated Press and other media organizations. Israel said Hamas was using the building to house electronic warfare aimed at disrupting the Iron Dome.

During Thursday’s event, Menendez placed himself firmly in support of Israel’s military campaign in Gaza.

“President Biden stood strongly for Israel’s right to defend itself, despite incredible pressure from many different quarters, both at home and abroad, to seek to end it before Israel could complete its defensive mission,” Menendez said. “So I think that that’s a very strong statement.”

The New Jersey senator, who was one of four Senate Democrats who voted against the original Joint Comprehensive Plan of Action nuclear deal with Iran in 2015, also said he doesn’t “even know how it’s possible” to re-enter the JCPOA, as the Biden administration is attempting to do.

“We are so far out of compliance,” Menendez said. “The fact remains we cannot isolate Iran alone. We need a comprehensive strategy, one backed with international sanctions that our allies are willing to enforce and one that constrains Iran’s malign regional behavior and its ballistic missile program.”

“I think this is a time to multilateralize our efforts because they have shown their unwillingness to return,” he continued. “This is the time to try that tactic. Because if you do that and you still don’t stop them, then you have, I think a greater foundation for a military option should you need it.”

He did add that he could support “something… that is truly ‘stronger and longer’” than the original JCPOA, using the phrase employed by Biden administration officials, “but I’d have to see what that is.”

The Senate Foreign Relations Committee chair also said his committee is preparing to hold a hearing to discuss Iran nuclear negotiations and the current status of Iran’s nuclear program.

Menendez added that the U.S. can expand the Abraham Accords, but warned that new normalization agreements “cannot be a tacit giveaway for a sophisticated American weapons system.”

Menendez continues to oppose the sale of F-35 fighter jets to the United Arab Emirates, which many see as linked to the UAE’s decision to normalize ties with Israel. Saudi Arabia, another potential target for normalization, is also seeking to purchase the advanced stealth jets.