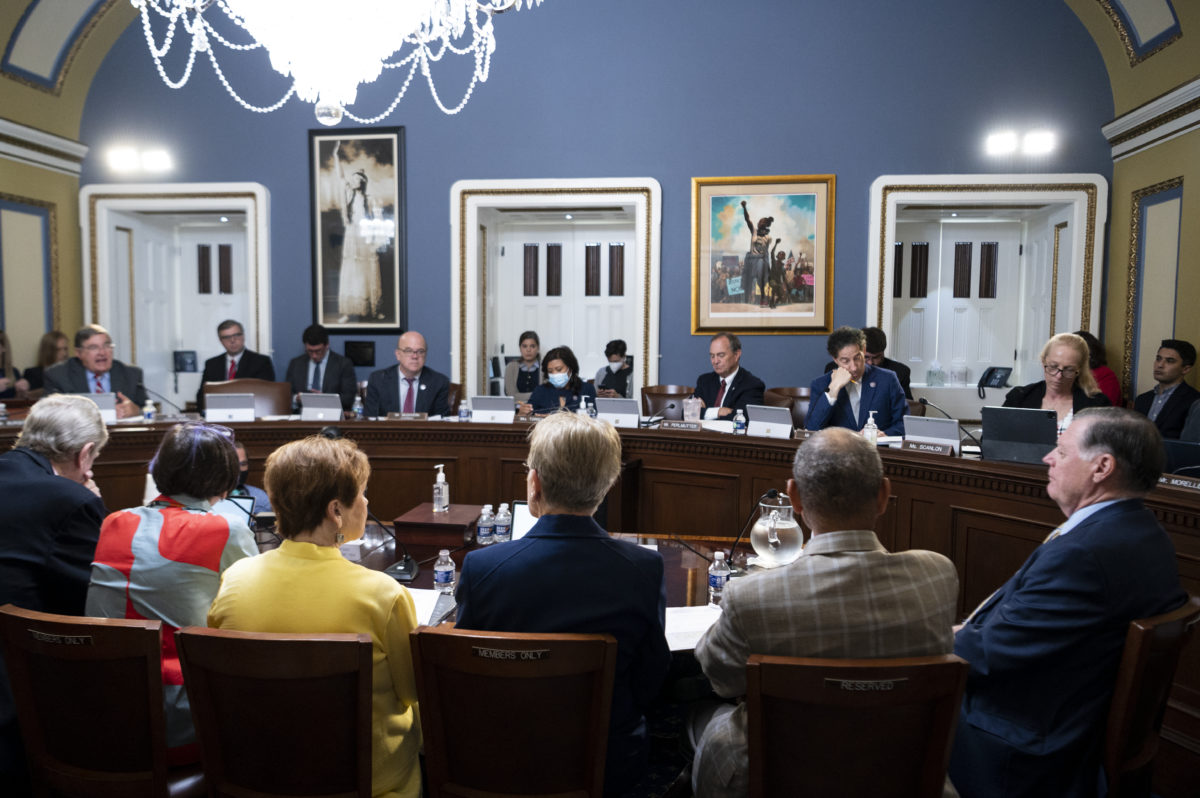 Among the more than 800 amendments to the 2022 National Defense Authorization Act submitted for possible consideration on the House floor next week, more than a dozen address Middle East issues, including the U.S.-Israel relationship and Iran.

The proposed amendments must first be approved by the House Rules Committee, which will likely meet early next week, before receiving consideration on the House floor. The amendment submission period closed on Tuesday afternoon.

“Cyberattacks are the preeminent threat of our time. In order to protect ourselves from cyber criminals, we must work closely together with our allies to strengthen our collective cyber posture,” Rep. Andrew Garbarino (R-NY), who proposed the cybersecurity partnerships amendment, told Jewish Insider. “I am pleased that this effort to facilitate a stronger cyber partnership with Israel is moving forward and am hopeful the House will vote favorably should it come to the floor next week.”

Rep. Jim Langevin (D-RI), the cosponsor of the cybersecurity partnership amendments, said, “As cyber criminals continue to wreak havoc on Americans, we must double down on our investments in cutting-edge cyber research and development. Israel has established itself as a global cybersecurity powerhouse, so it’s vital we expand collaboration between the cyber experts at the Department of Homeland Security and our steadfast ally.”

Garbarino spokesperson Kristen Cianci said that, given the bipartisan support for the cybersecurity program in the House and Senate, they “feel that chances are good” the amendment will reach the House floor.

A spokesperson for Manning told JI that the amendment’s sponsors feel it “has a good chance” of reaching the floor, though it is still early in the process.

Reps. Alexandria Ocasio-Cortez (D-NY), Mark Pocan (D-WI) and Rashida Tlaib (D-MI) are also attempting to block the transfer of $735 million in guided bomb equipment to Israel. Democrats critical of Israel, including the three House members and Sen. Bernie Sanders (I-VT), tried unsuccessfully to block the sale of the equipment during May’s conflict in Gaza. House leadership did not allow Ocasio-Cortez’s resolution on the issue to receive a floor vote in May.

A bipartisan amendment from Reps. Dean Phillips (D-MN) and Anthony Gonzalez (R-OH) requests information on Israel’s relationships with other Middle East nations and the U.S.’s attempts to promote those ties.

That amendment solicits two reports: one from the Pentagon on how the U.S. is working to improve Israeli military coordination with other countries in U.S. Central Command — into which Israel was incorporated this year, and one from the State Department and U.S. Agency for International Development on federal progress in integrating the Abraham Accords, signed last September, into U.S. policy and programs, and how that initiative could be pursued further.

An amendment from Rep. Scott Perry (R-PA) proposes blocking NDAA funding to any organization or government that has labeled Israel as an “apartheid” state. Other amendments express support for the U.S.-Israel relationship generally and for the U.S.-Israel defense partnership.

On Iran, Rep. Pat Fallon (R-TX) is making a second attempt to introduce an amendment eliminating a waiver to Iran sanctions that allowed trade between Iran and Afghanistan for the purposes of Afghan reconstruction. Fallon sought to introduce the amendment, which had bipartisan support and was backed by AIPAC, in the Armed Services Committee, but Meeks declined to provide a waiver for it.

“I hope my colleagues on both sides of the aisle will join me in standing shoulder to shoulder with Israel against a malign actor in the Middle East,” Luria said in a statement.

Several other proposed amendments request reports on Iran’s finances, malign activities and capabilities. Others would block the use of NDAA funds to enter any nuclear deal with Iran and crack down on financial institutions conducting some INSTEX transactions — a European Union mechanism designed to facilitate financial transactions with Iran in avoidance of U.S. sanctions.

On the subject of extremism, which has been a major point of debate for the 2022 NDAA, Gonzalez, along with Rep. Josh Gottheimer (D-NJ), proposed an amendment soliciting a report from the Government Accountability Office on the financing of domestic violent extremists.