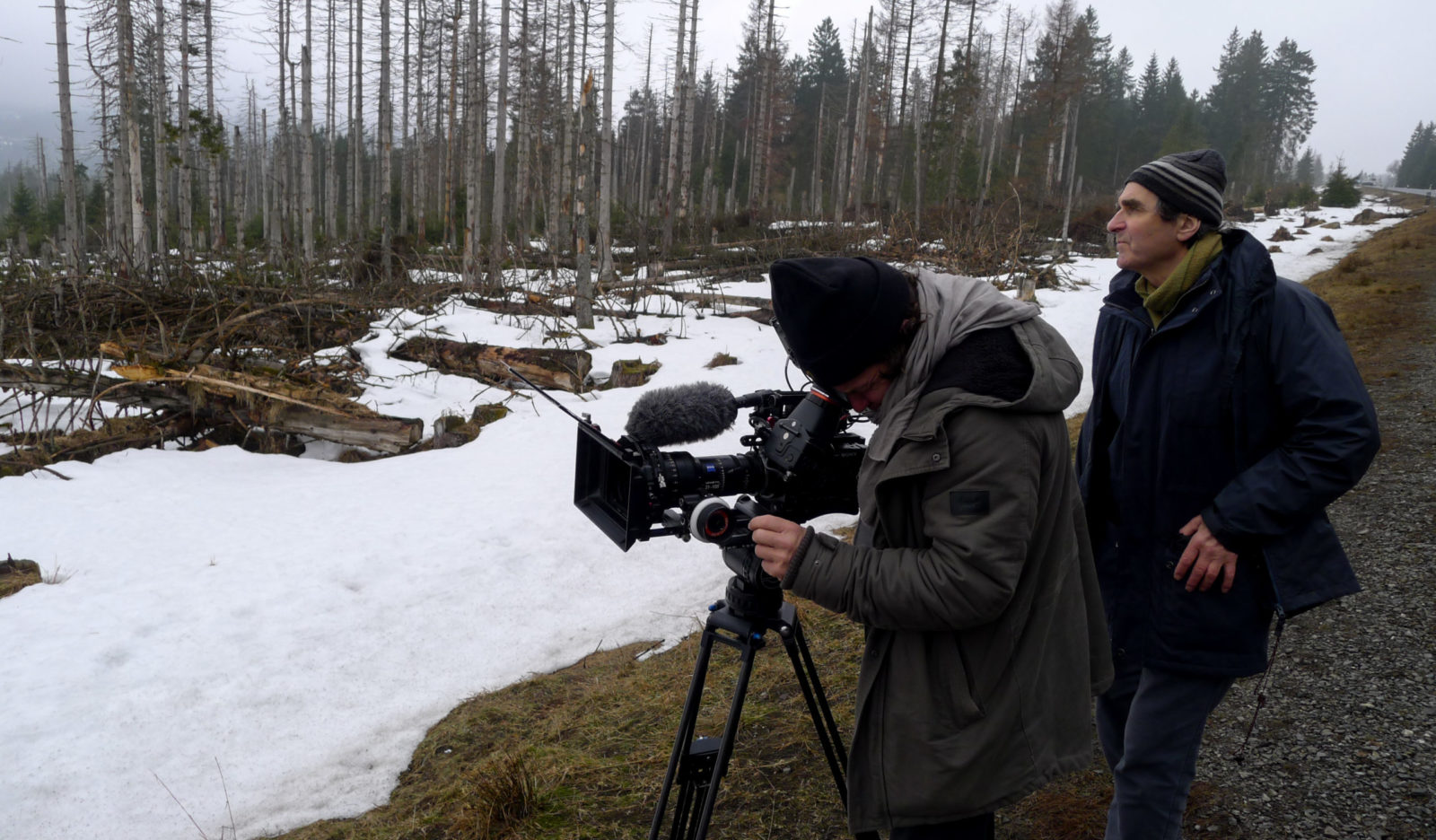 'The Final Account' features groundbreaking interviews with SS members, camp guards and other war criminals who believed in Hitler’s cause

While most Holocaust documentaries have, appropriately, centered on testimonials from survivors, a new film about the Nazi genocide takes a unique and altogether more chilling approach — featuring in-depth and often revealing interviews with the perpetrators who participated, by varying degrees, in the mass extermination of European Jewry.

“Final Account,” released today and directed by British filmmaker Luke Holland, gives viewers groundbreaking insight into the apparent motivations of a dying generation of Germans, including SS members, camp guards and other war criminals, who grew up under the Third Reich and believed wholeheartedly in Hitler’s cause.

“We’ve always been asking the question of why, how, who was involved in all of this,” Stephen Smith, executive director of the USC Shoah Foundation, said in an interview with Jewish Insider. “At the moment, we have this sort of caricature, almost, of these uniformed monsters who committed the Holocaust, and we hear about them through the stories of [Dr. Josef] Mengele and his medical experiments and the ramp at Auschwitz.”

But “Final Account” complicates that view, while providing an unprecedented look at the seemingly ordinary individuals behind the Nazi atrocities. “There were people on the other side of the story, too,” Smith said. “They were making decisions, and they were pursuing their dreams, and they were becoming part of something greater.”

The film, which clocks in at a brisk 90 minutes, makes room for a wide array of interviews with aging Germans as well as archival footage of Hitler Youth programs, where young Germans were indoctrinated by the Nazi regime.

Which is not to say that Holland — who died in 2020 at 71, just after completing the film — lets his subjects off the hook. For the most part, he simply lets them speak — and their recollections of life in Nazi Germany are, in many instances, surprisingly nostalgic, even when Holland asks his subjects, toward the end of the film, if they view themselves as perpetrators.

“I have no regrets,” says one unrepentant Nazi who looks back with pride on his time serving in the SS, Hitler’s elite paramilitary unit.

In another scene, Holland visits a nursing home in Ebensee, Austria, and speaks with a group of older women who recall living around the site of a nearby concentration camp during the war. While one woman acknowledges what transpired inside the camp with some discernible remorse, another coyly insinuates that she was dating an SS officer who worked at the camp — and suggests that she helped him hide when American forces arrived to liberate it.

The most intriguing subject may be Hans Werk, a former SS officer who speaks matter-of-factly about his youthful passion for Nazism, which he admits to having imbued in him a sense of almost delusional grandeur that even his father found unsettling. But looking back on his youth, Werk seems to have developed a deep and genuine sense of regret for his actions — the only individual in the film who appears to have done so in any meaningful way. “These heroes you expect to find,” Werk tells Holland in one pained exchange, “there aren’t many of them.”

“What was fascinating about that was that he had obviously gone through that whole process of really coming to terms with who he had been,” said Smith. “So he stood out from that point of view as somebody who was willing to confront his own past in the present.” 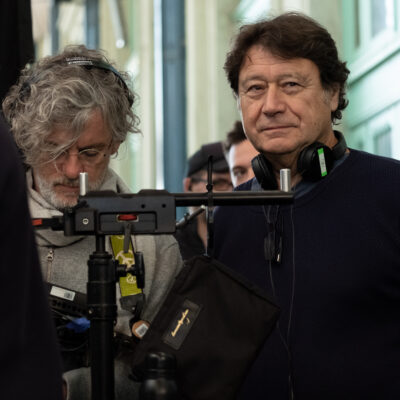 Near the end of the documentary, Werk sits for a discussion with a small group of young, right-wing extremists at the Wannsee villa, outside Berlin, where the Nazis planned the Final Solution. As it becomes clear that they view his regret with suspicion and even disdain, he pleads with them to see it his way.

“I think it was horrific to see that these young people were even considering that he might have got it wrong in terms of current-day immigration, for example, and that somehow or other, he’d been blinded,” Smith told JI. “He says to them, ‘Do not be blinded.’”

The subjects featured in the film, about 15 in all, are only a small fraction of the 250 or so people Holland interviewed during the more than 10 years he traveled throughout Germany and Austria in search of willing participants.

The interviews, in their totality, represent a valuable archival resource as Nazi perpetrators die out, according to Smith. “What they can be used for,” Smith said, “is sort of as a research tool to help to contextualize how did we get from this civilized country to one that committed genocide.”

Holland’s methodology for procuring interviews was not always so direct. He would tell his potential subjects — whom he found via tips from well-sourced academics as well as on-the-ground research, and in some cases, sheer happenstance — that he was making a documentary about World War II, carefully priming them for eventual discussions of the Holocaust. In most cases, they were willing to field his questions.

For Holland, who conducted a large portion of his interviews while undergoing chemotherapy after a cancer diagnosis in 2013, “Final Account” was a deeply personal enterprise.

Born in England, he spent his formative years in Paraguay, speaking English, Spanish and German, which would serve him well later on. In his teens, Holland, who was raised in a Christian community, discovered that his mother was a Jewish refugee from Vienna whose family had perished in the Holocaust — a revelation that would profoundly influence the trajectory of his later career.

Holland’s previous documentaries include “Good Morning, Mr. Hitler,” about propaganda in the Third Reich, and “I Was a Slave Labourer,” about the post-war campaign for restitution.

“I think Luke personally was spurred on by that sense of duty to his parents and his grandparents,” said Sam Pope, a longtime friend of Holland who helped produce the film. “It struck a chord with him and was a major motivating factor. It kept him going.”

“Final Account,” which Holland began filming in 2008, would likely be impossible to make now given actuarial circumstances.

“We estimated when we began the project that maybe 15,000 or so people, just based on populations and statistics, would have been alive currently who would be able to reflect on the past, who would have been old enough to have been active participants in and grown up within the Third Reich,” Pope told JI. “To try and approach this now, I think you’re dealing with people who would have been very young who might not be able to necessarily offer their views.”

Many of the subjects Holland spoke with have since died, according to Pope, and none have seen the film, which is expected to be screened in Germany.

“Luke said to me once he didn’t expect his film to necessarily provide answers,” Pope said. “But he hoped it would encourage people to ask better questions.”

Still, even Holland appears to have found that some lines of questioning had their limits. During one disturbing scene in “Final Account,” he asks a former SS officer, Karl Hollander, about whether he remains committed to Hitler’s cause. “I still do,” Hollander says bluntly. “The idea was correct.”

“That interview ends pretty much with that final statement,” Pope said, noting that Holland never spoke with the SS officer again. “I think he couldn’t take it.”