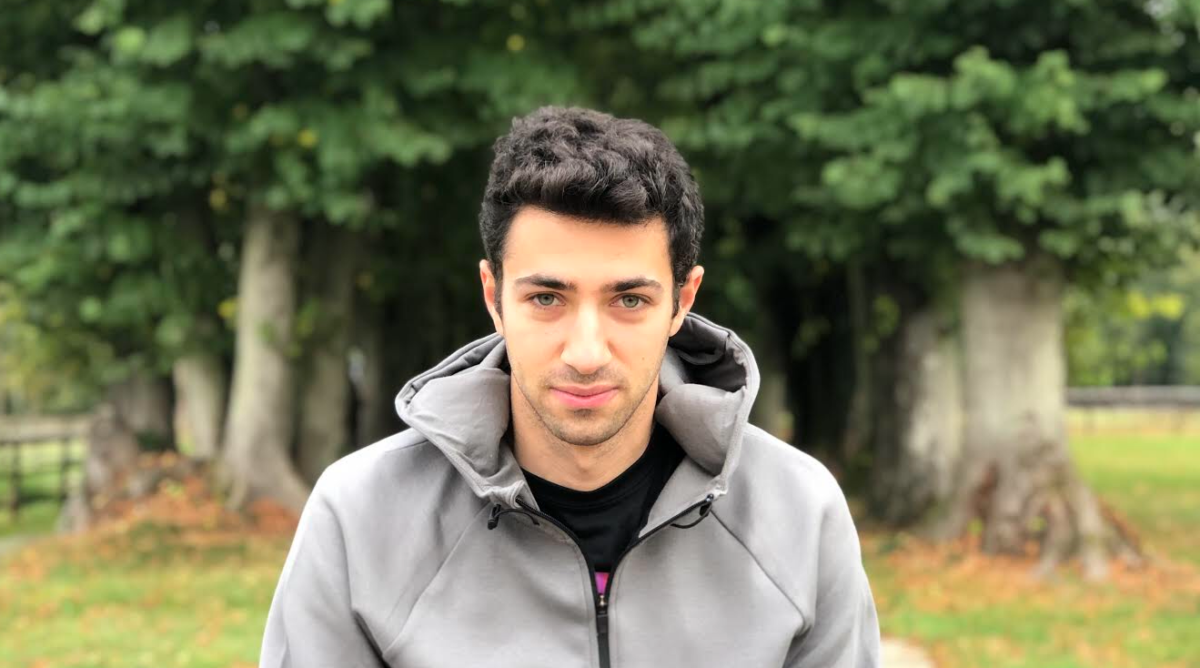 In late September, when Daniel Lombroso released the trailer for his first feature-length film on YouTube, the comments section was immediately flooded with antisemitic vitriol of the sort one might find on an alt-right social media site like Gab or Parler. The page became so “infested with Nazis,” as Lombroso put it, that he made the decision just a few days later to disable commenting altogether.

Not that Lombroso, a 27-year-old documentary filmmaker, was unfamiliar or even all that uncomfortable with such trolling. He recently spent four years embedded with the alt-right, and his new film, “White Noise: Inside the Racist Right” — released last week on streaming services — has the effect of making even some of the most vile online bigotry seem slightly milquetoast compared to many of the real-world figures Lombroso encountered.

There were times throughout the filmmaking process that Lombroso, who is Jewish, was worried for his safety as he sought to give viewers a glimpse into the white nationalist underworld. On one occasion, Lombroso accompanied Richard Spencer, the infamous neo-Nazi, to a ranch in the Florida countryside teeming with fascists.

“It was literally 40, 50 Nazi boys, young kids in short shorts, all with their Hitlerjugend look,” Lombroso recounted to Jewish Insider in a recent phone interview. “Then Richard went out to dinner, and he left me alone at this ranch, and there’s no Uber there, no taxi.” That was when things became frightening. “They were yelling ‘kike’ and throwing Hitler salutes at me. It got really bad. They were all drinking.”

He emerged unscathed from the encounter, but such moments have stuck with him as the grandson of Holocaust survivors who lost most of their extended family during World War II. Lombroso, who proudly identifies with his Ashkenazi heritage, said he chose to focus on the alt-right because he wanted to understand what motivates white nationalists and other extremists to think the way they do.

“The film is about the study of evil,” he told JI. “How does someone become this way and why do so many people follow?”

Lombroso’s film is an immersive look at the alt-right universe that follows three far-right provocateurs — including Spencer, conspiracy theorist Mike Cernovich and Lauren Southern, the xenophobic YouTube personality  — as they go about their daily lives.

“They have the largest platform and they have the most influence,” Lombroso said. “It was really important to me not to amplify some unknown quantity but to really interrogate someone who already had a following.”

Lombroso’s hope was that he would expose the contradictions in their thinking, and the film succeeds in highlighting several such moments.

He reveals in the film that Southern’s husband isn’t white, and there is one telling moment in which Gavin McInnes, the Proud Boys ringleader known for his misogynistic beliefs, appears to proposition her during a phone call.

“She has this whole kind of reckoning where she realizes that she’s perpetuating this movement, especially the anti-feminism stuff,” Lombroso said, “that is also coming back to bite her in the end.”

Despite her dedication to employing antisemitic conspiracy theories, Lombroso found that Southern, a native of Canada, was embarrassingly naive about Jews. “She would say, ‘Oh, do you guys wear those little hats at home?’” he recalled. “It was just weird.”

Lombroso, who spent thousands of hours with his subjects, said it took eight months of negotiation to convince Southern to let him film her. Ultimately, though, he thinks that each participant allowed him such unfettered access because they were all desperate for attention.

“It’s definitely all about performance and growing your following and projecting an image,” he said.

Spencer has characterized his views as “white Zionism,” but Lombroso said that it was not because he has any special appreciation for the Jewish state. “I think it’s because he thinks the American population is broadly sympathetic to Israel,” he told JI, “and that if he points out, ‘Hey, guys, this is an ethnostate,’ then they’ll be like, ‘Oh, it’s not that bad.’”

“I would say to him, like, that’s such a problematic comparison for a million reasons,” Lombroso said. “First of all, whiteness is not a heritage the way Judaism is a heritage.”

Lombroso described the moment he informed Spencer that he was Jewish during a long car ride to the ranch in Florida. Up until that moment, Spencer had assumed that Lombroso was Italian.

“We had three, four hours to kill, and he’s like, ‘Daniel, tell me more about your Italian ancestry,’” Lombroso said. “I was like, ‘Actually, Richard, I’m Jewish. My dad’s from Israel. Big Jew you’ve got in the car.’”

Lombroso, who grew up in New Rochelle, is a self-taught filmmaker who studied political science at McGill University in Montreal. He became interested in documenting far-right extremism when he joined The Atlantic as a video journalist five years ago, just before Donald Trump was elected president.

In November 2016, Lombroso filmed Spencer giving the Nazi salute in a room full of white nationalists at the Ronald Reagan Building in Washington, D.C. — a clip that is now widely seen as a bellwether moment in the rise of the alt-right.

“A lot of the press was there for the main portion, but then they left — I don’t know why — and many of the attendees got drunk and became celebratory,” he said. “I guess their way of celebrating was to say ‘Sieg Heil!’ and ‘Hail Trump!’”

After Charlottesville, Lombroso decided that the topic deserved closer scrutiny and devoted himself to making the film that would become “White Noise,” which was produced by The Atlantic. Lombroso no longer works at the magazine — he was laid off amid recent staff cuts — and is now freelancing.

In some ways, Lombroso’s film functions as a document of an erstwhile era rather than an alarm bell, as many of the people included in the documentary have faded from public view.

Spencer is being sued for his alleged involvement in organizing the violent “Unite the Right” rally in Charlottesville three years ago, and Southern now lives in Australia, far from the limelight. Cernovich, on the other hand, has fared relatively well, despite his involvement in spreading the Pizzagate conspiracy theory and other falsities.

“Mike is a huckster who believes nothing,” Lombroso said.

Lombroso describes the film as an “unsympathetic eulogy to a dying movement,” but said he believes that the ideology of the alt-right has in many ways permeated the mainstream.

Many of the talking points he heard from Spencer and Southern are now broadcast on Fox News, Lombroso noted, while the president directed the Proud Boys to “stand back and stand by” during a nationally televised debate.

“The implicit thesis of the film is the Overton window,” Lombroso mused, “that the alt-right has succeeded even if they’ve failed, that they’ve moved the conversation so far to the right that now it’s created this space for Trump and for right-wing populists around the world to to pick up their ideas.”

Still, Lombroso thinks the documentary will help viewers see his subjects for who they really are. “The whole film is about their private lives,” he said, “and in private, they’re miserable, depressed people.”