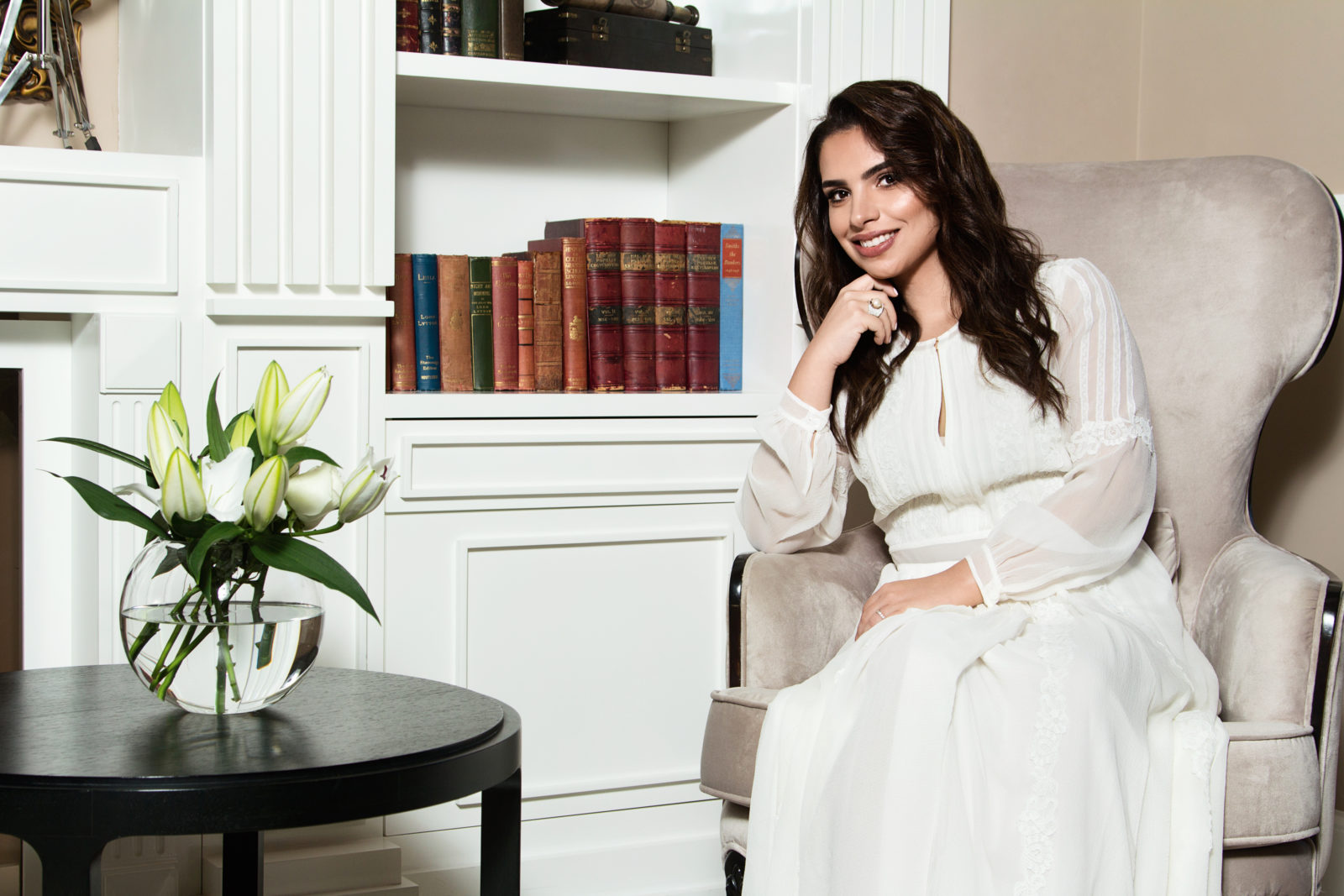 The Etihad exec with a lifelong love of Hebrew

Amina Taher, a vice president at the UAE-based airline, made her first-ever trip to Israel last month — and is already planning her return

A month ago, Amina Taher stepped onto an airplane for the first time in 14 months. As the vice president of brand, marketing and partnerships at Etihad Airways, Taher was used to flying “four to five times a month” pre-COVID.

“Not being able to be in my home, in the skies, was difficult,” she told Jewish Insider in a recent interview. Being able to get back on a plane, “I was like a little kid who’s traveled for the first time. It was very emotional, and it was very magical.”

That flight on April 6 marked a series of other firsts: The first commercial flight between Abu Dhabi and Tel Aviv for the UAE-based Etihad, and the first time Taher had ever visited Israel.

Inaugurating a new flight, “and for it to be [to] Tel Aviv, I couldn’t ask for a better reopening,” she told JI. And while Taher only spent 26 hours on the ground in Israel last month, she was instantly hooked.

“I was only there for 26 hours, but I had 22 dishes that I wanted to try, food that I didn’t have time to experience,” she said, noting a jam-packed schedule with multiple events. But after her brief visit, “the only one takeaway that I brought back… was the people, and how hospitable and warm and welcoming the Israelis were. It was unbelievable, and that was my key takeaway from my very short round trip.”

Taher also left a strong impression by giving a short speech at the flight launch in Hebrew, which went viral in certain corners of the internet.

“I’m very excited to be a part of this historic event and to inaugurate the new route between Abu Dhabi and Tel Aviv,” she said in accented but clear Hebrew. “The Abraham Accords are, first of all, about peace between nations, between the Emiratis and the Israelis.” The Accords, brokered last year by the Trump administration, normalized relations between Israel, the UAE and Bahrain.

Taher, who speaks six languages, told JI that she has cultivated a lifelong interest in the Hebrew language, dating back to when she was a child.

“The relationship I have with Hebrew was very much established at a very young age, since I was 12,” she said. “When I was in third grade, I was in an international school in Dubai. And there was a girl in my class called Tamar, and I really liked her name.”

When she asked her mother about the name and researched it online, she discovered that it had Hebrew origins. “That was the first time I realized that Hebrew existed,” she said. “I started to, as a kid, being curious, I love the language. I’m very much into the typography and… over the years I’ve started listening to Israeli music.”

But she never imagined that her few Hebrew sentences would gain so much traction online.

“I didn’t know that it would attract that much attention on social [media],” she said, noting that the positive reactions far outweighed any negative chatter. “The fact that people appreciated it — I was very grateful, it was overwhelming in a good way.”

Today, she said, she would characterize her Hebrew as being “kindergarten material,” but said each day she dedicates 30 minutes to reading the Sefaria app to improve her skills, as well as printing out her iPhone keyboard in Hebrew to study. She rattled off the names of her favorite Israeli musicians, including Evyatar Banai, Shlomo Artzi and Idan Raichel.

And her efforts in Hebrew, she said, were appreciated in Israel, even among those who suggested she sounded like she spoke with a French accent.

“People encouraged it,” she said, “they like it and they appreciate it, which makes me happy and want to make an effort.”

Taher has spent the past seven years at Etihad, working her way up through the ranks to serve on the airline’s executive leadership committee. After getting her bachelor’s degree in Abu Dhabi, she earned a master’s in public administration at Harvard and an MBA from the London Business School. She credits her drive for a top-tier education to her grandmother — who never learned how to read.

“She was illiterate, she didn’t read and write, but she was so pro-education, and she was my biggest supporter and fan,” she said. “She encouraged me always to continue my education, and I felt, especially as a young girl, if you want to be out of your box, and out of your world, the best thing to do is learn and be curious and inquisitive.”

Taher, who was featured on the cover of Elle Arabia in December as one of “the Emirati women shaping the UAE,” is the only female senior executive at Etihad. But she stressed that the company is a welcoming place for women.

“I hope we get more females; it’s not something that I’m proud of,” she said. “I think it’s a good example to set, but I really hope we get more women in leadership roles, especially in aviation.” But Taher said she is largely “fed up” of being asked about being a woman in a male-dominated industry.

“For me it’s not about gender or religion or your background,” she said, “it’s what you bring to the table and your experience and your leadership qualities.” The UAE, she said, “is a big supporter when it comes to women in leadership; you’ve got a lot of UAE women as ministers, as ambassadors, and even company-wise, we’re very open to women in key positions.”

Taher said she plans to return to Israel in June for a slightly longer trip to strengthen tourism connections as well as position Etihad as a stopover airline for connecting flights. And she also has goals to see more museums and cultural sites — and eat more food.

“I just want to learn and embed myself more in the culture, not just the music,” she said, noting that she has been embraced by the small but growing Jewish community in the UAE. “I feel welcomed. I feel part of the community and I want to learn and give.”

Taher said while there is occasional negative feedback from non-Emiratis, particularly on social media, about ties with Israel, she feels that overall there is excitement on the ground.

“People are very supportive; everyone that I’m exposed to, and I’m exposed to a lot of people, are happy,” she said. “There are a lot of Emiratis… who are excited and want to go to Israel.” In the UAE, she added, “part of our DNA is — you’ve got coexistence, you’ve got tolerance, you’ve got all these skills — everything that we say and you hear is embedded in the leadership, but also in the character of the country and the people.”

And she hopes the newly inaugurated flight path will serve as a boon to tourism in both directions.

“This is something exciting for us, not just for Etihad, but also for Emiratis as a nation, to be able to experience and come to Israel,” she said. “So obviously with launching the new route, this is incredibly exciting.”