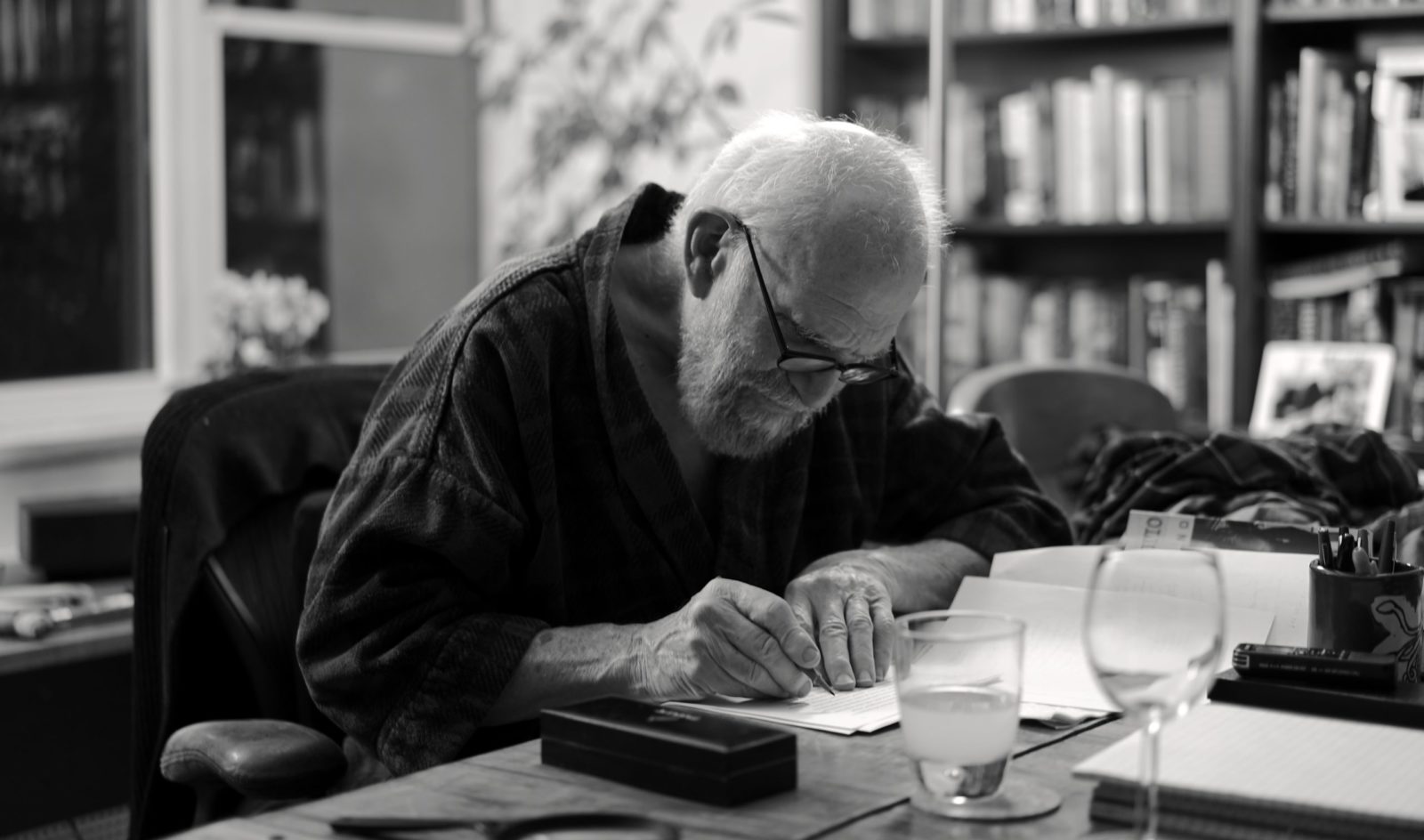 A new documentary takes a painstakingly intimate look at the famously private British writer and neurologist, who died in 2015

Shortly after the British writer and neurologist Oliver Sacks was diagnosed with terminal cancer in the winter of 2015, he summoned a small group of close friends and colleagues as well as a film crew to his West Village apartment for what was to become a kind of marathon seminar in deep personal reflection. Over five days, stretching 12 hours at a time, he reminisced, in painstakingly intimate detail, about his long career in science and journalism while musing on the nature of mortality.

Sacks, who died that summer at 82, was heralded for imbuing a sense of humanity in the curiously afflicted people and patients he wrote about in such popular books as Awakenings, The Man Who Mistook His Wife for a Hat and An Anthropologist on Mars. But in his final months — having just completed a highly personal memoir, On the Move: A Life, which was yet to be published — Sacks was at last ready to look inward and, in a sense, hold himself up as his final subject.

The filmmaker Ric Burns, who captured the week-long session — ultimately gathering 90 hours of footage he condensed into a documentary, Oliver Sacks: His Own Life, which airs tonight on PBS — immediately recognized that he was bearing witness to a rare and unusual event.

“It won’t happen again,” he told Jewish Insider in a recent interview. “Not for me.”

For most of his life, Sacks led a monkish existence dedicated almost exclusively to writing, research and medical work. But privately, he struggled with crippling self-doubt, amphetamine addiction and discomfort with his own homosexuality compounded by his Orthodox Jewish upbringing. Sacks largely concealed that he was gay until his mid-70s, when he met his partner, the writer and photographer Bill Hayes, who survives him.

By the time Burns, a seasoned documentarian, showed up with his camera, Sacks had managed to find a measure of personal stasis thanks to his late-in-life relationship. Despite the unwanted diagnosis, he was approaching death with an attitude that suggested he was at peace with himself.

“He had some kind of enormous grace and trust,” Burns observed.

The film bears the hallmarks of the Burns style, featuring talking heads, scenes with patients and depictions of Sacks speeding down the highway on his motorcycle after he left England and moved to California in the early 1960s.

Burns’s portrait presents Sacks in many modes. At one point, the typically reserved doctor smiles mischievously as he tucks into a Tupperware container of Jell-O, then launches into an unexpectedly raunchy anecdote that is revealing both for its eccentricity as well as the wry, almost clinical manner in which it is told.

“Time was — it doesn’t occur now, but it used to occur until a few years ago — when I would wake up at night with an erection,” Sacks tells his rapt audience, winding up for a personally embarrassing punchline. “It was sometimes irritatingly persistent, and I would sometimes cool my turgid penis in orange Jell-O.”

“He was painfully shy or explosively self-revelatory,” said Burns.

Though the documentary was filmed six years ago, Burns believes it has only become more relevant as the coronavirus pandemic has highlighted many of the issues to which Sacks was attuned throughout his life.

“I would say the guiding insight of Oliver is that we’re all locked in,” Burns said. “We all have this unique, special access to our own perception and consciousness. Nobody else has access to that — only each of us does. So we’re kind of locked in, but we also have these means of communication. I think that moments like the pandemic — where we’re all locked in but have means of communicating — are accelerators of empathy.”

“In this moment,” he added, “the empathy that Oliver felt because of his sense of shared vulnerability somehow hits harder.”

Kate Edgar, an early editor of Sacks’s work who became his personal assistant, said she often discussed the looming prospect of a global pandemic with her longtime friend.

Sacks was perhaps hyper-attuned to such grim realities thanks to his experience, in the 1960s, tending to a group of catatonic patients at a Bronx hospital who had fallen victim to the encephalitis lethargica epidemic — the subject of his 1973 book, Awakenings, later adapted into a feature-length film starring Robin Williams and Robert DeNiro.

“The message that I picked up — and that he often spoke about — is this is coming again,” Edgar, who serves as the executive director of the Oliver Sacks Foundation, told JI. “I think he would have been outraged at some of the ways this was handled by our government and just shocked by how vulnerable we were, especially certain parts of the population.”

She suggested that his voice, particularly at this moment , would likely have proved essential. “I feel sure,” she told JI, “he would have written some really interesting pieces about it.”

Burns seconded that view. “It would have been really interesting to know what Oliver made of this because he felt two things,” the filmmaker said. “We’re all irreducibly different, and we’re all linked to each other by dint of that uniqueness.”

Still, while he developed an intensely loyal fan base, Sacks didn’t reveal all that much about his own unique story as he published book after book of elegantly rendered case studies focusing on other people with rare conditions like visual agnosia and color blindness. Even when he inserted himself into his writing, as he often did, it was with a sense of cerebral detachment.

“It was kind of a persona that said, ‘No need to ask any other questions,’ and to a large degree, people didn’t,” Burns told JI, noting that he was unaware Sacks was gay until he began filming him.

But when Sacks found out that his life had a firm expiration date, he became more self-assured about his own identity and was even willing to revisit his traumatic childhood. Sacks, who was born in London, grew up in an Orthodox household that was decidedly unaccepting of his homosexuality: at 18, his mother found out he was gay — and, devastated by this revelation, cursed the day he had been born.

“The matter was never mentioned again,” Sacks recounted in an essay shortly before his death, “but her harsh words made me hate religion’s capacity for bigotry and cruelty.”

Though he was raised observant, Sacks was a nonbeliever and rejected the possibility of an afterlife. He found great meaning, however, in his Jewish identity, which was something he “cherished,” according to Edgar.

“He might not have said it in so many words, but part of growing up as an Orthodox Jew is he had a huge, very close family, and he loved that,” she said. “He loved the ritual and he loved the family and he loved the food. The whole cultural part of being Jewish he did love. He certainly had ambivalences, and I think part of that revolved around his sexuality and his mother sort of laying down this biblical curse on him.”

Not that he rejected spirituality altogether. “He was constantly reading philosophy and thinking about these spiritual questions,” Edgar told JI. “The difference is he didn’t believe that there was a god. He believed that there was nature — and nature was his god, in some way. So I think he follows a tradition of Jewish atheism, if you wish, in that sense — and that’s a noble tradition.”

Sacks was extremely productive in the lead-up to his death, and some of his pieces took on a wistful, elegiac tone as he delved into his Jewish past. He wrote movingly of observing the Sabbath as a child as well as his early fondness for gefilte fish, which he rediscovered in his 80s when cancer weakened him and restricted his diet. “Gefilte fish will usher me out of this life,” he wrote in a short but poignant essay, posthumously published in The New Yorker, “as it ushered me into it, eighty-two years ago.”

“He always loved his fish,” said Edgar, who is now working to assemble Sacks’s correspondence for a forthcoming volume of letters, adding to a growing list of books that have been released since his death.

Whatever subject he took on after his diagnosis — and there were many — Sacks wanted to leave behind a sense of who he was after years of neglecting that project. “This was his last opportunity to share his thoughts about his own life and all of his work,” Edgar said, “and he made use of every second of that time.”