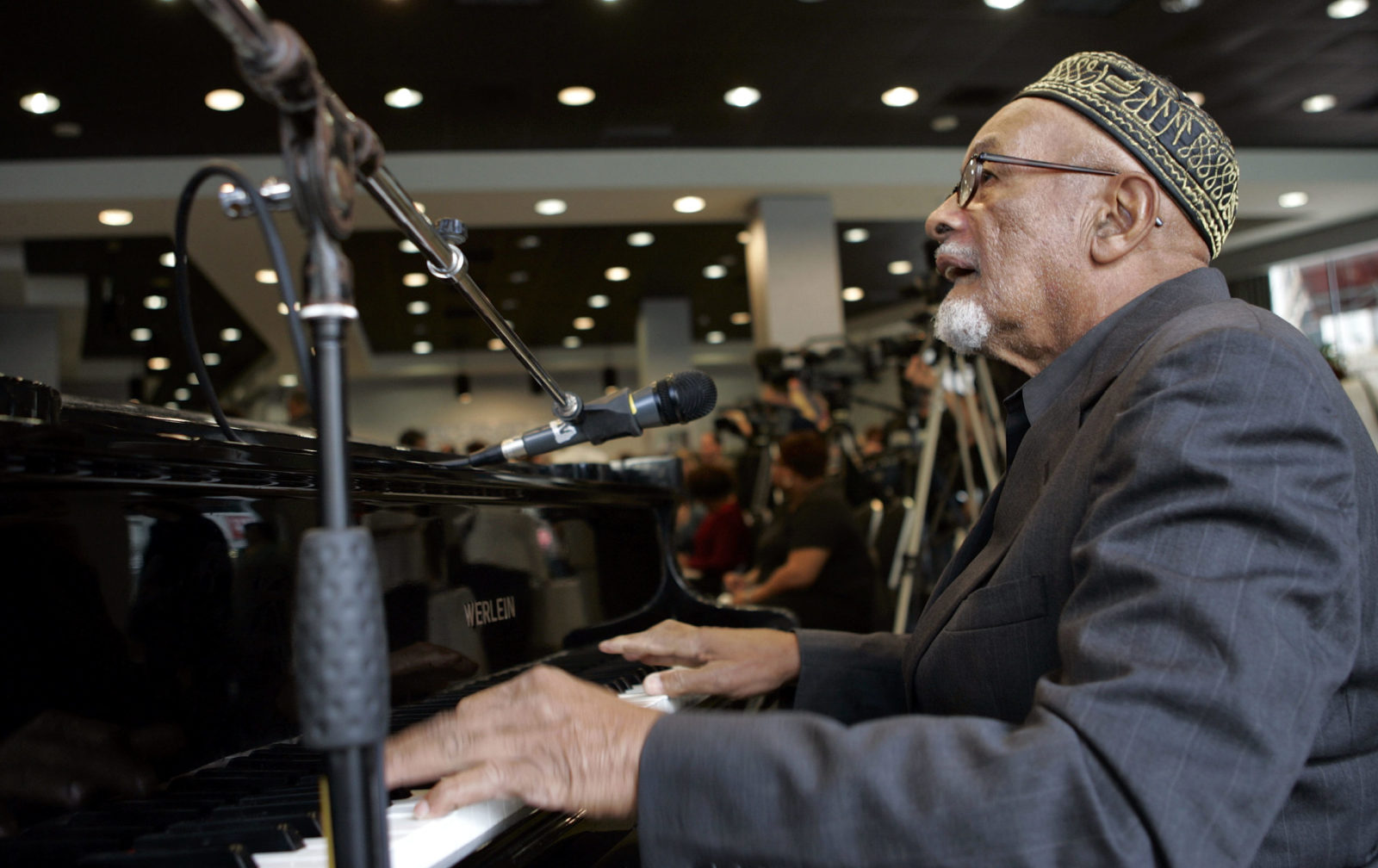 In another spring without JazzFest, a New Orleans synagogue steps up

Just weeks after Mardi Gras last year, the coronavirus began to sweep through New Orleans, forcing the city to shutter its storied jazz clubs, bars and restaurants. The French Quarter was empty. A lone musician might be seen on a street corner, wailing on a saxophone for imaginary listeners.

But the Big Easy was not without music for long. The city stepped up to keep its culture alive, with homeowners hosting porch concerts, inviting out-of-work musicians to perform for small neighborhood audiences. When the city canceled its famed JazzFest, set to take place in late April and early May of last year, local radio stations broadcast festival sets from years past. Now, JazzFest has been postponed to the fall, but one community institution is stepping in to host its own jazz festival this spring: a synagogue.

Congregation Gates of Prayer, a Reform synagogue in Metairie, a suburb of New Orleans, will host a music festival called “GatesFest” in its parking lot on the weekend that JazzFest would have occurred this year. Some of the city’s iconic jazz acts, including the Rebirth Brass Band and George Porter Jr., will be performing.

“I’m a big lover of jazz: I turned 18 at JazzFest. I turned 30 at JazzFest. My 40th birthday was supposed to be last year at JazzFest, with the Beach Boys,” said David Gerber, the synagogue’s senior rabbi. “I kind of jokingly said last year that if they cancel JazzFest, I’m going to have it in my backyard.”

GatesFest is selling tickets for pods of up to six adults (children can attend at no extra cost) and anticipates an audience of 400 adults at the April 25 event, a far cry from the hundreds of thousands who usually attend JazzFest, but a sizable showing for the congregation. But the goal of GatesFest, which is a fundraiser for the synagogue, is not to rival the festival; it’s to offer a show of support to the city’s struggling musicians and demonstrate the Jewish community’s support.

“We’ve been trying to not just have this festival, but we’re really trying to support our community with it,” Gerber said. The festival will also have an art gallery, where local artists can sell their work, and food stands from nearby restaurants. “We’re not charging artists to have a stand there. We’re just giving them space and hoping they sell as much as they can. For the restaurants, they’re having booths, and they’re selling, and we’re trying to get their servers tips. We’re really just trying to support our community.”

Eight bands will perform across two stages, with a family-friendly lineup that takes the stage at 10 a.m. and finishes before nightfall. Social distancing will be enforced; guests will have their temperature checked when they arrive. The art village will feature local artists, as well as Judaica from the synagogue’s sisterhood gift shop.

The festival is an extension of a concert series that Gates of Prayer hosted in its parking lot in the fall. The synagogue had hosted drive-in movies, and while Gerber wanted to expand the offerings to Shabbat meals, he did not yet think it was responsible to do so because “eating and drinking involves removing the mask.” So the synagogue began hosting Shabbat concerts with New Orleans musicians.

“There were just so many musicians in need of a stage. Everything was closed, and in New Orleans, when there’s no music, the city isn’t quite the same,” said Gerber. “We set up our little stage in our parking lot, the same stage that we use for our Purim shpiel,” he added, and “people were just so thrilled to be able to look at other human beings that the music was almost background. I kind of had in my mind from that point on that if JazzFest was canceled, that we would do something in its place.”

Gerber worked with synagogue member Howie Kaplan, the owner of the Howlin’ Wolf club in New Orleans’s Warehouse District, to bring musicians to the congregation. Gerber got to know Kaplan early in the pandemic; Kaplan’s son’s bar mitzvah was the first that Gerber performed after COVID-19 emerged. “I spent a lot of time with him and heard about how much these bands are struggling,” Gerber said of Kaplan. “That was inspirational, as well. He’s supported us along the way.”

“It’s a very New Orleans thing. We like to say New Orleans knows how to take care of itself,” Kaplan told JI. Kaplan is the manager for the festival’s top-billed performer, the Rebirth Brass Band, and he helped Gerber handle contracts and other logistical preparations for the event. Kaplan has been an outspoken voice in the city and nationally about the importance of supporting artists, lobbying Congress to pass the Save our Stages Act to give grants to independent venues. Last Tuesday, the Howlin’ Wolf — which has recently begun hosting indoor performances again — offered a “shot for a shot” special, where patrons could come get the Moderna vaccine and a free shot of liquor.

Well before the pandemic, New Orleans synagogues joined in the culture that defines the city, sometimes in unexpected ways. “Congregation Gates of Prayer, years ago, used to host crawfish boils. Not exactly the most kosher thing in the world, but it’s a very New Orleans thing,” said Kaplan. (The event bears at least a passing resemblance to the infamous 1883 “Trefa Banquet,” when the first class of rabbis ordained by Hebrew Union College in Cincinnati were feted with a feast that included clams, shrimp, and crab — and which fragmented the budding Reform movement in the U.S.)

Gates of Prayer also routinely hosts “second lines,” which Gerber defined as “a kind of spontaneous mini-parade.” Second lines are a local tradition, not just at Mardi Gras but also at weddings and even funerals: a brass band performs, and revelers parade behind them.

“When the [NFL] Saints are in the playoffs, we do a Saints Shabbat, and at the end of the service, I had a little marching band of about a half dozen brass instruments come play our closing song. Then we just march around into the oneg,” Gerber recalled. Gates of Prayer has also had second lines at bar mitzvahs, and on holidays: “With Simchat Torah, we just follow the band around with the Torah in our parking lot,” Gerber said.

New Orleans’s Jewish community dates back to the late 18th century, but has long welcomed newcomers. “A nice thing about the New Orleans community is that for people who want to be part of it, the community will welcome you completely,” Gerber said.

His family moved to the area less than three years ago from the Philadelphia area, right around the anniversary of Hurricane Katrina. At the time, he posted about the storm on Facebook, feeling slightly self-conscious that he might be placing himself into a history in which he did not belong. “A rabbinic colleague of mine who’s from New Orleans sent me a message saying that by choosing to live in New Orleans, you write yourself into the story of New Orleans,” he said.