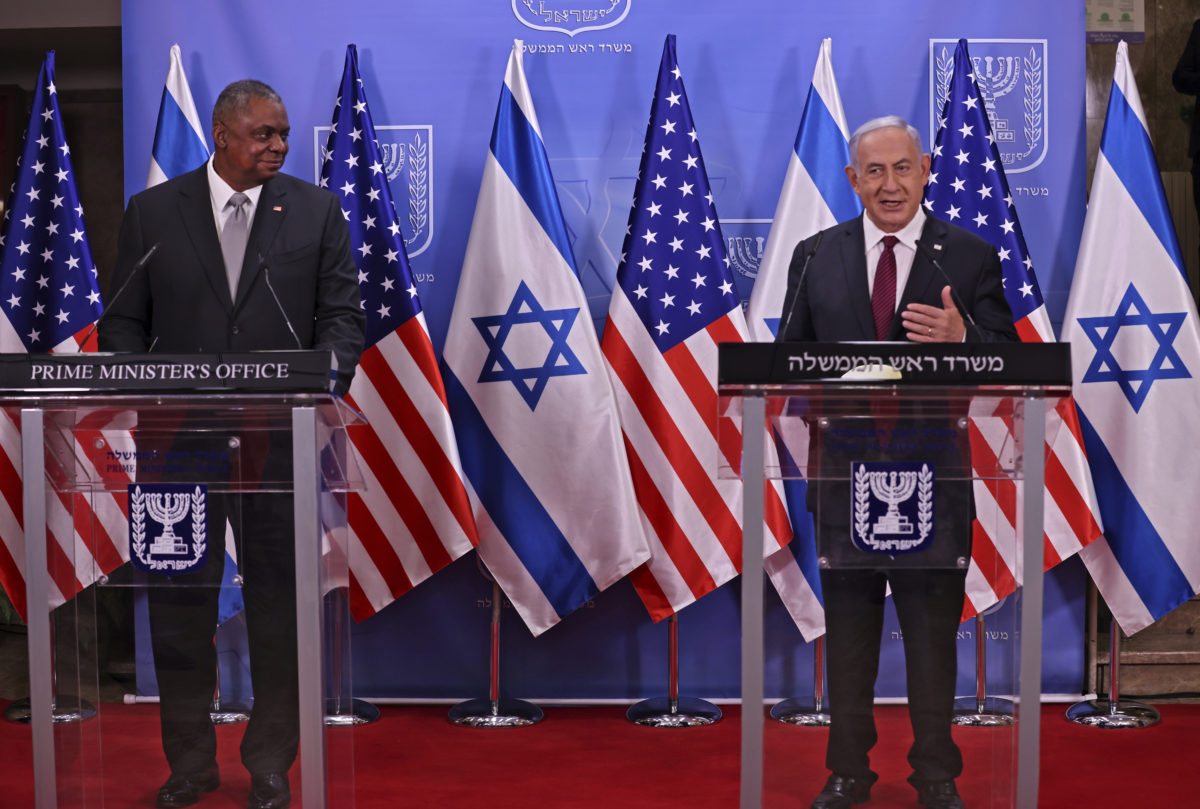 The fallout from Sunday’s blackout at the Natanz nuclear enrichment facility in Iran continued Monday, with some congressional Democrats warning of potential setbacks in negotiations, while policy experts suggested the incident provides the Biden administration with additional leverage as it attempts a rapprochement with Tehran.

Sen. Bob Menendez (D-NJ), the chairman of the Senate Foreign Relations Committee, who recently led a bipartisan letter calling for the Biden administration to reach a more comprehensive agreement with Iran than the 2015 nuclear agreement, said that the incident, reportedly the result of an Israeli attack, may have “thrown a monkey wrench” in the negotiations, although “probably temporarily.”

“It may give [Iran] pause, because I’m sure that the Iranians must believe that we knew about it. And if we didn’t know about it, then it’s equally as bad for us,” Menendez told Jewish Insider. “So they may say, ‘Who are we dealing with here?’ in terms of being able to make any type of deal.”

Menendez added, “the real question is, does Iran really want to come to the table and seriously engage in a pathway forward that makes sure it doesn’t have nuclear weapons and… also doesn’t do malign activity? That’s an open question.”

Sen. Chris Murphy (D-CT), who unlike Menendez backed the 2015 Joint Comprehensive Plan of Action (JCPOA) with Iran and is leading a Senate letter supporting reentering the JCPOA and rolling back U.S. sanctions on Iran, was likewise concerned about the incident’s implications.

“At first blush, it wouldn’t appear that it will help facilitate constructive negotiations,” Murphy told JI. “Any time there’s activity of that nature, it’s not likely going to be constructive in the midst of diplomatic efforts.”

Outside of Congress, some skeptics of Iran’s commitment to the nuclear agreement claim the attack, which is predicted to set back Iran’s nuclear weapons capability by several months, shows that the U.S. has solid leverage in negotiations with Iran that should keep the Biden administration from rushing into a new agreement.

The Natanz incident comes amid discord between the Biden administration and the Israeli government over the best path forward on Iran.

“I don’t think the timing is coincidental,” David Makovsky, director of the program on Arab-Israel Relations at the Washington Institute of Near East Policy, told JI, adding that it is not certain Israel was responsible for the incident. “I think it comes against the backdrop of a real policy dispute about how you maintain economic leverage in a negotiation with Iran.”

The morning after the attack, Israeli Prime Minister Benjamin Netanyahu highlighted the Iranian threat during a press conference with U.S. Secretary of Defense Lloyd Austin.

“In the Middle East, there is no threat that is more serious, more dangerous, more pressing than that posed by the fanatical regime in Iran,” Netanyahu said, while Austin did not mention Iran by name. The day before, after meeting with Israeli Defense Minister Benny Gantz, Austin tweeted, “I’m committed to continuing our close consultations on threats posed by Iran and to strengthening Israel’s security.”

Experts suggest that by not commenting on Iran as he stood alongside Netanyahu, Austin is exhibiting a key tenet of the Biden administration’s Iran policy: not outwardly displaying tension between the U.S. and Israel, a noticeable change from the previous Democratic administration, when foreign policy disputes between the two nations sometimes spilled into public view.

“I did find it interesting that Secretary of Defense Austin tried his best to avoid Iran topics in his remarks in his press conference today with Prime Minister Netanyahu. I assume that there is more awkwardness taking place behind the scenes about the timing of it, and the fact that the Israeli government is taking credit for it without taking credit for it,” said Michael Koplow, policy director of Israel Policy Forum.

In discussing the 2015 Iran nuclear deal and attempts to reenter or renegotiate that deal, Biden administration officials have been solicitous of Republican members of Congress and Israeli officials, two groups that are poised to be critical of efforts to rejoin the JCPOA.

“Each side — the Biden side and the Israeli side — [is] very careful to avoid some of the dynamic of the Obama years, where you had some thinly veiled ad hominem attacks,” observed Makovsky. “Where [Secretary of State Tony] Blinken has been very successful is avoiding any whiff of ad hominem [attacks] by saying, look, you have views, we have views, let’s talk.”

It is unclear how long that dynamic will last.

“Even if President Biden does want to keep any disagreements private, if talks on rejoining the JCPOA or crafting a new deal progress,” Koplow said, “the Israeli government has made it pretty clear that they don’t think there’s any deal to be had with the Iranians. There’s going to be a point where the tension is just going to be in the open, and there’s really not going to be any way around it.”