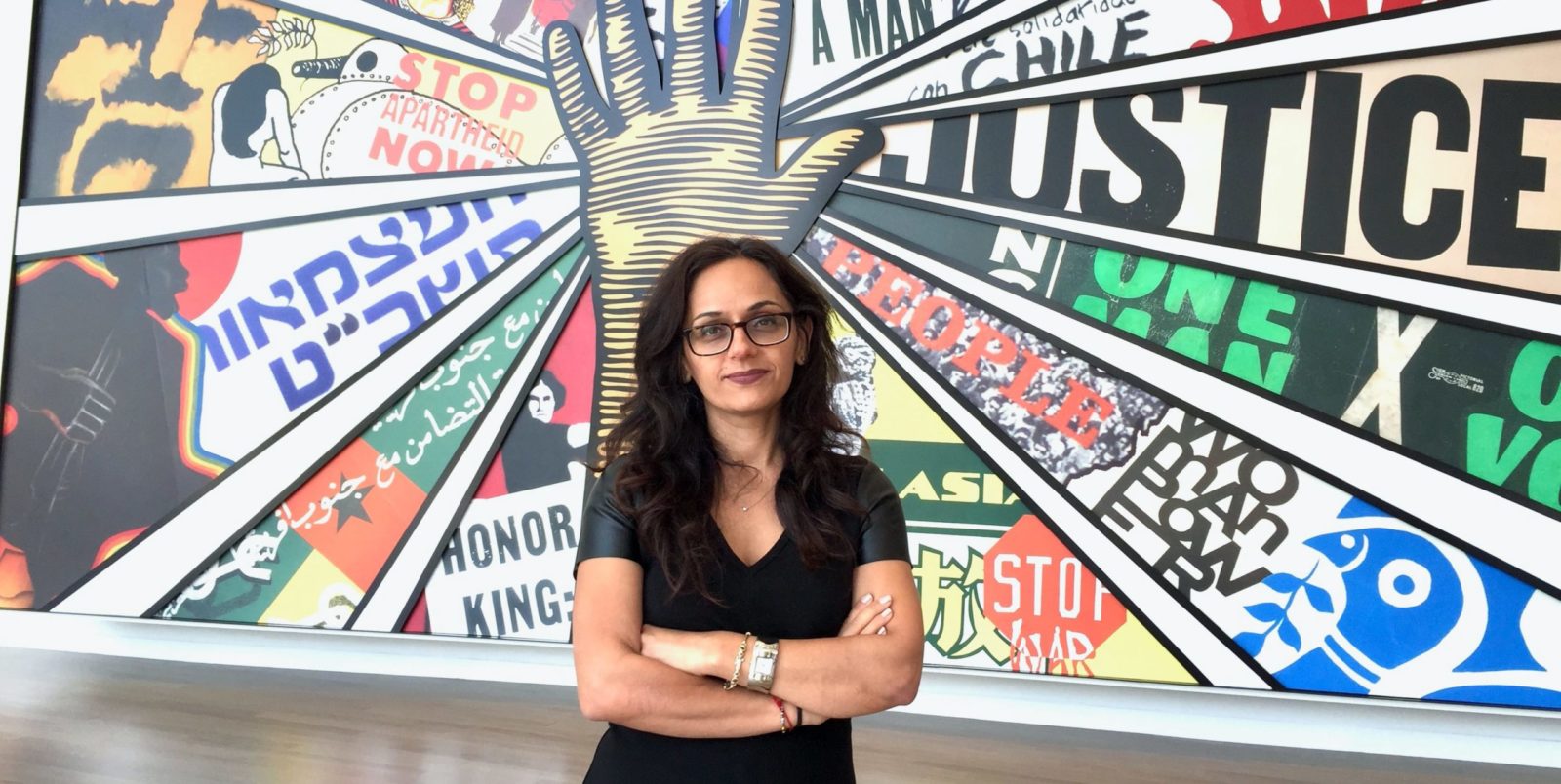 With ‘Homanity,’ dissident Iranian artists are making their voices heard

Music runs in Marjan Greenblatt’s blood. The Iranian Jewish human rights advocate plays the piano and her mother is a lifelong violinist; her paternal grandfather played the tar, an Iranian long-necked instrument that resembles a guitar. At various points in Iran’s history, all non-liturgical music was forbidden to Muslims, while exceptions were made for the country’s Jews, Christians and Zoroastrians.

“The Jewish community has been preserving the musical traditions [in Iran], because it was permitted for the Jews, even though it was banned for the Muslims,” Greenblatt, 49, told Jewish Insider in a Zoom interview this week.

Greenblatt’s love of music was cultivated in Iran, but it stayed with her after she fled the country to France in the mid-1980s and later came to the U.S. Now, with the nonprofits Crowdsourcing Human Rights and Democracy Council, she is spearheading a project called “Homanity,” a compilation of original music by Iranian artists, most of whom are living abroad as political refugees. The compilation album, which is meant to highlight the continued censorship of music and culture in the Islamic Republic, will be released on May 7, with two singles coming out later this week. The title comes from the mythical phoenix Homa, which “promotes freedom and protects those who fight for freedom from oppression,” according to its website.

The music represents a range of styles: hip-hop, pop, rock, traditional Persian music, even heavy metal. “Incredibly talented Iranian artists are adopting these Western styles of music, and they’re also putting in something that is inherently very, very Persian — that is the power of Iranian poetry, which really dates back thousands of years in Iranian culture,” said Greenblatt.

Many of the songs included in the compilation are distinctly political, following in the footsteps of past efforts linking music and activism like the Human Rights Campaign’s 2002 Being Out Rocks. Behrouz Ghaemi, a British-Iranian guitarist and singer, will have a song out this Friday about the upcoming Iranian elections scheduled for June. “The song is about the insignificance of the Iranian elections and the inconsequential nature of what they deem as a theatrical exercise, without any tangible change,” Greenblatt explained. “Yes, it will have a powerful statement, but it will also echo the sentiment that we are hearing from many people inside Iran, that they really do not know the purpose of this year’s elections, because all the choices have already been made.”

The other single being released this week comes from Justina, an Iranian rapper who sings about women and women’s rights. Her new song is about love, which in Iran “is not expressed publicly, especially not by women,” Greenblatt told JI.

The dissident artists participating in “Homanity” are not the only musicians using music to spread a political message: Music has been used as an instrument of state propaganda since the Islamic Revolution in 1979. “The biggest practitioner of using music for political messages is the Islamic government itself,” Greenblatt noted. “They are commissioning Iranian artists [and] Iranian writers to write music that elevates their values, elevates their practices, elevates their political agenda, in order to influence the subliminal thinking of the Iranian people.”

All but one of the musicians whose music will appear in the “Homanity” compilation have fled Iran and now live in countries including the U.S., the U.K., Sweden and Austria. But artists living abroad still face risks — as do their family members who remain in Iran — from participating in the project. “The ones who have accepted our invitation,” Greenblatt said, “are those who have calculated the risk, and they understand that it is still important to spread the message about the persecution of artists inside Iran.”

Greenblatt has a personal understanding of the risk to Iranians who dare to express themselves freely or read literature not approved by the religious government. When she was 14, she brought a poem to school that expressed hostility toward Iran’s government. “It had profanity directed at leaders of the Islamic Republic. It was one of the most dangerous things that a 14-year-old could be caught with in the very highly charged Islamic atmosphere of my public school,” Greenblatt recalled. She kept the poem hidden in the pages of a textbook, but she dropped it on the floor, where it was picked up by a dean.

“It was not unheard of for teenagers — 14-, 15-, 16-year-old girls — to be put in jail, either because of bad hijabs or because of activism or because of stupid mistakes, like carrying an anti-government poem in their backpack,” said Greenblatt. The dean told Greenblatt she would likely be kicked out of school, but she didn’t stick around to find out: Her family smuggled her out of the country, alone, to live with her grandparents in France.

She was a child  when Ayatollah Ruhollah Khomeini came to power seven years earlier, bringing with him strict religious requirements for everyone in the country. “I had to start wearing the hijab, even from a young age. I had to line up every morning and chant lots of slogans that did not necessarily represent what I believed, or I didn’t even understand what they meant, like, ‘death to America, death to Israel,’” she said. “For girls and women, there was extra pressure. We could not wear any makeup. We couldn’t even have nail polish.”

Music, movies and art were censored, but Greenblatt saw the beginnings of an underground resistance form. Now, “the musicians have found a community for themselves,” she said. “In an underground world, they are creating music. They’re having underground concerts, they are releasing albums, but none of this is on the surface. It remains a very clandestine, secret, almost dangerous operation to create [and] express themselves.”

Iranians access censored music in a variety of ways: bypassing Internet filters, using VPNs (virtual private networks) to pretend to be accessing the Internet from abroad, passing around flash drives of music among trusted friends. If a taxi driver trusts a passenger, he might play unapproved music.

All of this comes at great personal risk. Most Iranian musicians use pseudonyms, or stage names, to try to stay anonymous. People who pass music around or attend concerts can face legal consequences.

Stories about Iran that appear in Western media often focus on the country’s government and military. “Iran has always been a big part of American policy and the American news cycle,” Greenblatt pointed out, but “a lot of it is being told from the perspective of people who are not from Iran. A lot of those policies are being decided by pundits in Washington who do not have the personal perspective of what Iran is really like.”

Iranians attempt to share their stories abroad when they can bypass the country’s Internet filters. One place where Iranians have been able to gather? Clubhouse, the app that hosts audio-only conversations that anyone can join, and that are not recorded. “Iranians are finding ways to bypass some of the filters that were so quickly imposed on Clubhouse,” Greenblatt noted. “Some rooms are open 24 hours in a row, and they’re having these very intense, very passionate, heartbreaking conversations about their lives.”

The hope is that “Homanity” will “shed some light that might enlighten both the policymakers [and] also my American peers, whose opinion about Iran is mainly shaped by one-sided media stories,” Greenblatt said.

What gets lost in the coverage of Iranian current events, she argued, is that many Iranians do not feel represented by the country’s government. “The Iranian people have beliefs, have desires, have traditions that are not necessarily honored by their government.”