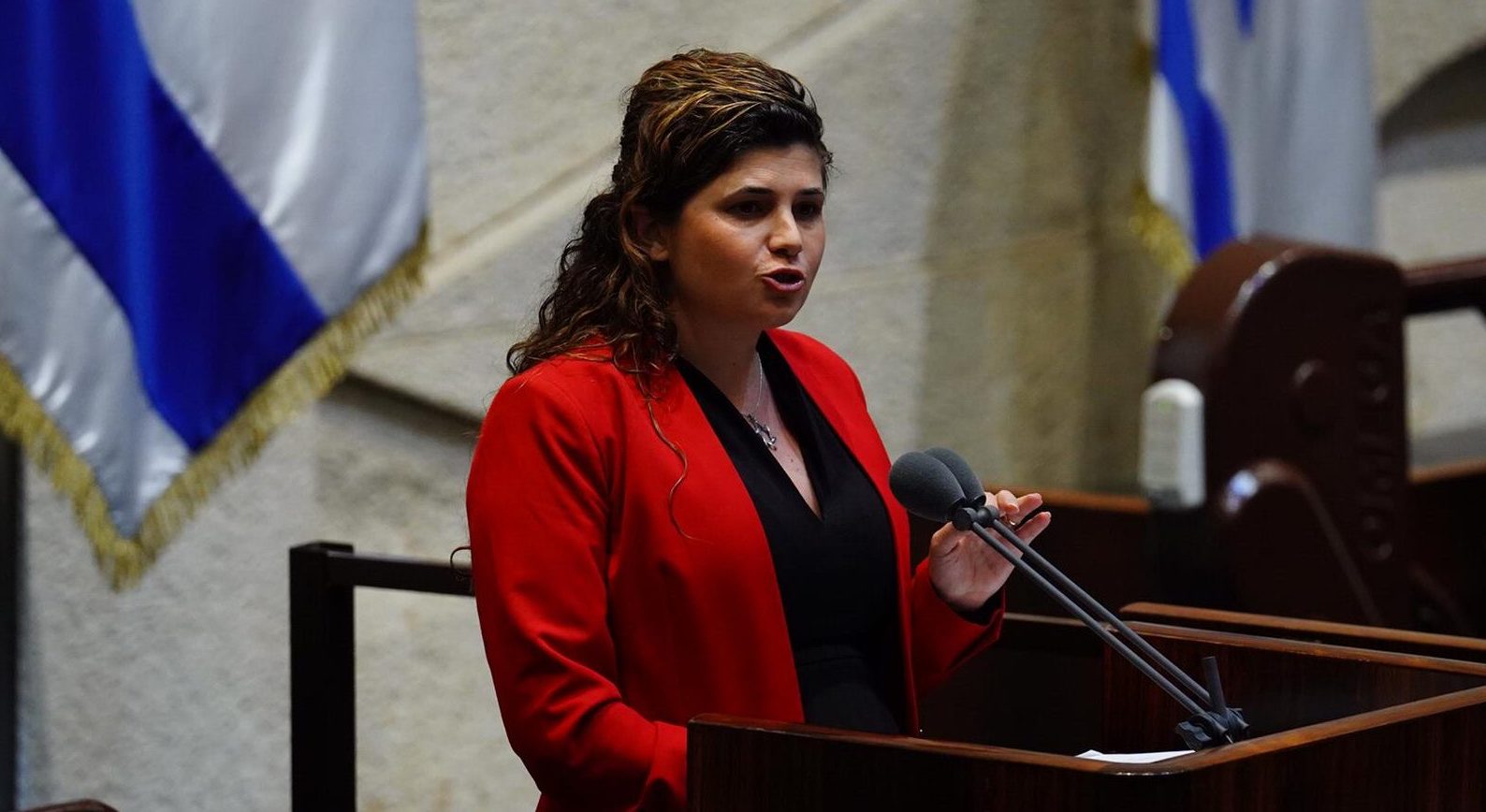 Sharren Haskel is a vegan, an environmentalist, a proponent of legalizing marijuana and a champion of women’s advancement and LGBT rights.

And the former Likud lawmaker, who is now running as number five in Gideon Sa’ar’s New Hope Party, believes those values are perfectly in tune with the Israeli right wing.

“The right side of the map has always promoted and actually made huge changes in animal rights and women’s rights,” she told Jewish Insider in a recent interview, citing Sa’ar’s successful efforts in the Knesset to extend maternity leave and boost female representation in municipalities, as well as the placement of four women in New Hope’s top 10 slots. “I’m very proud to be part of the list of the New Hope Party, where Gideon Sa’ar has always pushed through those values… equality in front of the law is a basic value in the right-wing agenda.”

And Haskel, 37, may find a warmer home for many of those values in New Hope than she did in Likud.

When she first entered the Knesset, Haskel became a co-chair of the Knesset LGBT Caucus. A year later, she voted with her party against a series of bills seeking to expand LGBT rights. But two years later, she broke party ranks to vote in favor of expanding surrogacy rights to gay couples.

“I refused to vote against it and I paid a parliamentary price for it, a political price for it,” she said. “I resigned from my position [as caucus chair] as a protest that the Likud didn’t pass the legislation. I voted in favor… despite the position of my party, which I refused to accept.” 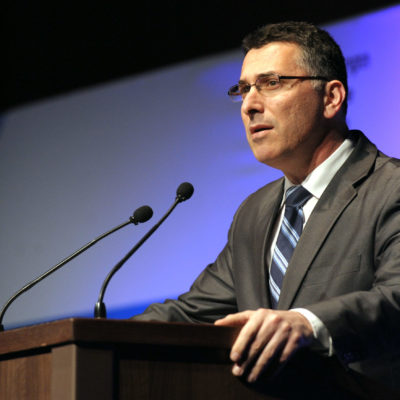 Haskel also sponsored a bill last year to legalize marijuana in Israel, which advanced through the Knesset but failed to pass before the body dispersed for elections. She has made cannabis legalization a key personal agenda item and, for the eighth consecutive time, topped the Israel Freedom Movement’s ranking of lawmakers who most support individual freedoms and the free market.

New Hope has put forth a plan to decriminalize cannabis usage in Israel within 100 days of taking office, and to completely legalize it within a year, Haskel said.

The lawmaker maintained that she brought the issue “into the mainstream discourse in all the parties… after a lot of work that I’ve done within the party, and within the right about those values and about the importance of it, it became almost every party’s voting promise, and I’m very proud of it.”

Haskel first entered the Knesset with Likud in 2015, a few months after the national election, when she replaced Danny Danon, who left to serve as ambassador to the U.N. After five years as a Likud MK, she defected to New Hope in late December. In a dramatic late-night Knesset vote to defer elections, Haskel failed to show up and vote the party line, announcing the next day that she was joining Sa’ar’s new party, which is currently polling at 10-11 seats.

“It wasn’t an easy decision, it was a very difficult one, but I knew that this was the right thing to do,” she said. “After a few years of understanding that Bibi [Netanyahu] today is just a shadow of the person that was there before… we have to take action, in order to get Israel out of this economical crisis, in order to bring stability to our country, in order to unite our people again.”

And even if Netanyahu one day leaves Likud, Haskel is not certain she could return to her former political home.

“[Netanyahu] has made such huge changes within the party,” she said, including “a complete ideological sellout. The discourse that you hear within the party is very aggressive, very non-accepting,” she added. “And so to be honest, I don’t know, after he’s gone, if we’ll be able to reverse that.”

Though she champions individual freedoms, Haskel was fairly circumspect when asked about the recent Supreme Court ruling recognizing Reform and Conservative conversions for the purpose of Israeli citizenship.

“I think it’s something that needs to be decided definitely by the people’s representatives,” she said — not the Supreme Court. “I think it’s a tragedy that it was dragged [out] for years and years without making any decision. I think we need to [hold] a very deep discussion about it, have an open table and understand it more in depth.”

“Unfortunately, Bibi, time after time, decided not to decide and not to touch any aspects of that,” she added. “And unfortunately it created quite a bit of tension between Israel and different [Diaspora] Jewish communities.”

In an interview with JI in late January, Sa’ar was similarly vague when asked about issues of conversion and non-Orthodox prayer at the Kotel, saying only he “will work hard in order to have a good dialogue and a good relationship with all Jews from different segments in American society.” In comments following the ruling, Sa’ar hinted that he supports a compromise deal that would only recognize Orthodox conversions within Israel, and continue to recognize Reform and Conservative conversions performed abroad.

Born in Canada to Israeli and Moroccan parents, Haskel moved to Israel as a baby. She told JI that her father currently lives in Toronto, “and I’ve been back many times to visit.” She served as a border guard in the IDF, completing her service with the rank of master sergeant. Haskel, who speaks English with a slight Australian lilt, spent a year living in the U.S. and then six years in Australia, where she trained as a veterinary nurse and worked in an animal hospital.

Asked about relations between Israel and the Diaspora, Haskel said: “I think we need to build more bridges between the Jewish community in Israel” and Diaspora Jews. “I’ve been traveling to represent our country and our parliament, in many forms, in the United States, Canada, Australia, England.”

Haskel said that “the typical person that [Diaspora Jews] used to see with gray hair and a tie is very different to the person that I am. And when I come and speak to them about Israel… they feel more connected; they feel like it’s a bridge for them.” While she encourages aliyah, she said even Jews who choose to remain in the Diaspora “still feel very connected to our country. This is their homeland, it’s part of their tradition, it’s part of their identity, and we need to reinforce that.”

Haskel is used to being a groundbreaker. She was the first female combat soldier to become a member of the Knesset, and when she was sworn in in 2015, at age 31, she was the second-youngest lawmaker, older than only then-Labor MK Stav Shaffir. And she would love to see others follow in her footsteps.

“More young people have to be encouraged to enter politics,” she said. “We’re the only ones who can represent ourselves as the younger generation, bringing new ideas, fresh ideas that are outside of the box.”

Haskel remembers entering her first meeting of the prestigious Knesset Foreign Affairs and Defense Committee, on which she sat for five years.

“All these generals were sort of looking at me and saying, ‘Oh, she’s probably going to sit with all the assistants, and ‘Who is she? Why is she allowed in?’” she recalled. “And then they see me sitting at the table of Knesset members, and I see their [surprised] faces.”

Over time, she said, officials and decision makers “saw that I know how to battle for the things I believe are right, and I’m not afraid of asking them tough questions.”

In October, Haskel welcomed her first child, a daughter, with husband Eyal Harpaz. A year earlier, she opened up about her yearslong struggle with infertility, in the hopes of raising awareness and understanding.

“It needs to be talked about more,” she said. “I’m very proud to have opened discourse about those things.” Many women, especially in politics, she said, “try to put that on the side. And obviously, you need a very supporting surrounding to be able to go through it.”

While women are still considerably underrepresented in Israeli politics — just 30 out of 120 MKs in the last Knesset were female — Haskel hopes that will continue to change.

“Throughout the years, women in Israel have broken many glass ceilings in many fields, including in politics,” she said. “Hopefully we’ll see more and more women joining in.”

“I’m very proud to be the first female Knesset member that served as a combat soldier in the Israeli Defense Forces,” she added. “The military system is a very male-dominated kind of field, and politics is also very male-dominated.”

But Haskel says she felt a personal calling to enter politics and work to change the system from within.

“I felt like I can create such a massive change in the future of my country, and in the lives of people… and I took it as an opportunity,” she said. “It’s a great opportunity that was given to me by the public… and I hope that they’ll continue to elect me so that I can continue to represent them.”