Max Price, who sits on the school’s judiciary council, alleges that he was targeted due to his involvement in pro-Israel campus organizations 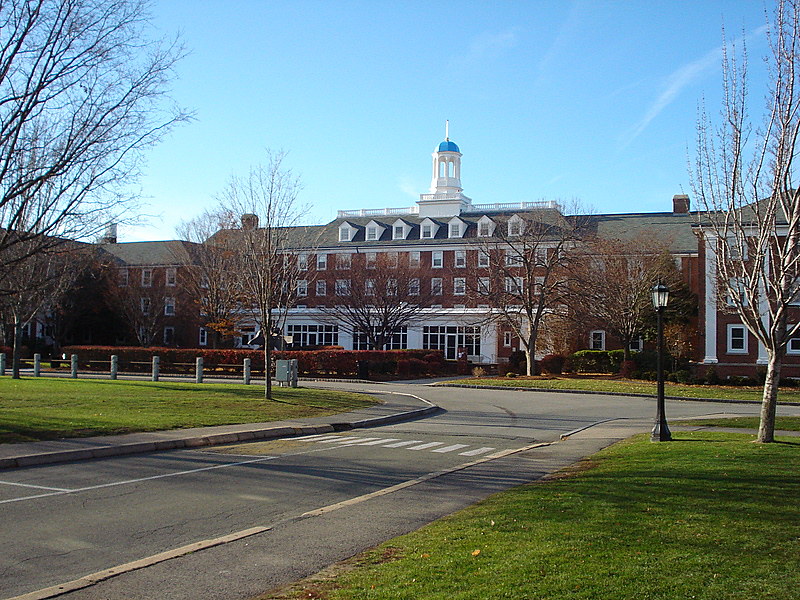 A Tufts University student leader has accused the school of failing to protect him during “a months-long campaign of intimidation, harassment and discrimination” spearheaded by student government leaders and the campus chapter of Students for Justice in Palestine (SJP).

Max Price, a junior at Tufts, is one of five undergraduates who serve on the student judiciary, which works in part to ensure that legislation voted on by the student body is fact-checked and neutral. During an effort to pass a controversial anti-Israel referendum during the fall 2020 semester, Price was tasked with removing biased and misleading information from the text of the ballot initiative.

In a personal statement submitted to the university through the Louis D. Brandeis Center for Human Rights Under Law on February 3 and obtained by Jewish Insider, Price, who has served on the school’s student judiciary since April 2020, said that because of his efforts, he has “been targeted and marginalized, called a racist, a fascist, a Nazi, an enemy of progress.” In one screenshot of a group text message with members of the school’s senate, which was provided to JI, one student leader wrote, “Fuck Max Price.”

Price, who was then serving as a co-president of Tufts Friends of Israel, denied repeated requests from executive members of the student senate and SJP to recuse himself from decisions on the referendum. In a personal statement to the university, Price wrote that he “was told I had an unavoidable conflict of interest by members of the Senate Executive Board and student leaders in the Committee on Student Life and [was] pressured, without regard to constitutional process, to dismiss myself from the proceedings.”

After an emergency meeting in November over Price’s participation in proceedings involving the referendum, the school judiciary voted unanimously that Price did not have to recuse himself. A second meeting, convened by the student senate the following day, found the same.

In the days that followed, according to documents provided by Price, SJP members continued to lobby judiciary members and the student government to sideline Price. In a mid-November judiciary meeting — held via Zoom — to discuss the text of the upcoming referendum, Price was forcibly muted and not allowed to participate in the discussion, a violation of the school’s constitution.

The following month, Tufts students voted overwhelmingly in favor of the non-binding referendum condemning the participation of the university police department’s chief in an Anti-Defamation League-sponsored trip to Israel in 2017. At the time, students raised concerns that the university’s student-run elections commission committed numerous procedural violations in pushing forward the referendum.

SJP leaders then filed a complaint with the student government, seeking to remove Price from his judiciary seat. Price now faces a February 28 hearing in front of the Tufts Community Union Senate, whose members will determine whether he is permitted to keep his position on the school judiciary.

University administrators will not be attending the hearing, and recording is not allowed. Price said he was given the option of two time slots for the hearing, and when he chose the option that would allow his advisor to join, he was informed it was no longer available. A reporter from the Boston-area university’s newspaper, The Tufts Daily, was expected to attend — in violation of a provision in the school’s Student Conduct Resolution Procedure, which does not allow third party attendees at hearings. Hours after an inquiry from Jewish Insider to the university on Monday, members of the judiciary were informed that the reporter would no longer be present at the hearing.

Price, who told JI he is not optimistic ahead of the trial, could face punishments ranging from a formal warning to expulsion from the student judiciary.

“So far, there’s been no due process and no assumption of innocence. So that’s just the next domino to fall,” he said. “I fully anticipate that if the university doesn’t stop this trial, that I’ll be unjustly removed from my position.”

Alyza Lewin, president of the Brandeis Center, told JI she was concerned about the university’s handling of her client’s situation. “What [Price] has withstood to this day is unbelievable,” she said. “Most people, not just students, would have folded long ago. I mean, the pressure, the constant pressure and constant harassment has just been extreme, and the university shockingly and really horrifyingly has not taken the steps that it should have taken… to protect him.”

Price plans to graduate at the end of 2021, but is concerned about the campus atmosphere he’ll be leaving behind. One of the complaints he filed with the school’s Office of Equal Opportunity (OEO) involved incoming Jewish freshmen who were asked in group chats whether they were “Israel or Palestine.”

In that case, Price said, the OEO told them that the issue wasn’t under their jurisdiction. Working with university administrators, he explained, was “like shouting at a brick wall.”

Collins added: “The Tufts Community Union (TCU) is a student organization that provides an opportunity for students to debate issues that are important on our campus and in society. Students are free to propose referenda, build coalitions and support or oppose candidates based on their actions in office. Students are elected to serve in TCU leadership positions by the students. TCU creates its own internal rules and has established procedures to be followed when it receives complaints about the TCU and students who are in leadership positions. TCU, like all student organizations, is subject to the university’s non-discrimination policies and OEO investigation process.”

Price said Tufts is sending a dangerous message to current and future students.

“If this could happen to me, someone who’s been very outspoken, and has tried to stand up in the face of antisemitism and bigotry of all forms, it could happen to anybody,” Price told JI. “And if this is allowed to continue, if Tufts doesn’t step up, then it will happen to more people. It’s inevitable.”