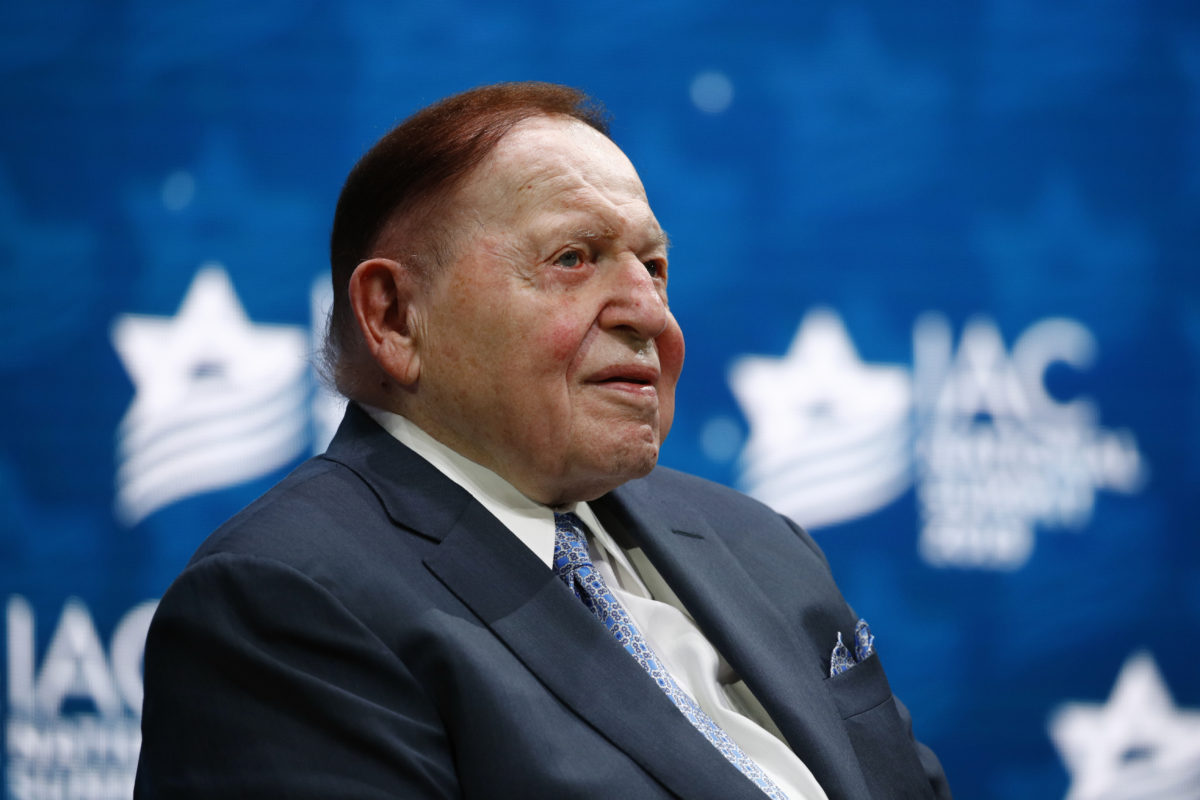 Sheldon Adelson is taking a leave of absence from his role as chairman and chief executive officer of both Las Vegas Sands and Sands China Ltd., and has resumed treatment for non-Hodgkin lymphoma, his office told Jewish Insider on Thursday.

Adelson first announced he was receiving treatment in March 2019. The billionaire mogul was temporarily sidelined by his earlier treatment, which prevented him from traveling and maintaining a regular work schedule, but he remained at the head of both companies during that period.

Adelson and his wife, Dr. Miriam Adelson, who are longtime Republican donors, co-chaired Jewish Voices for Trump, launched in the run-up to the November election. The Adelsons recently purchased the Herzliya home that was used as the residence for the U.S. ambassador to Israel for $67 million, $20 million below its original asking price.