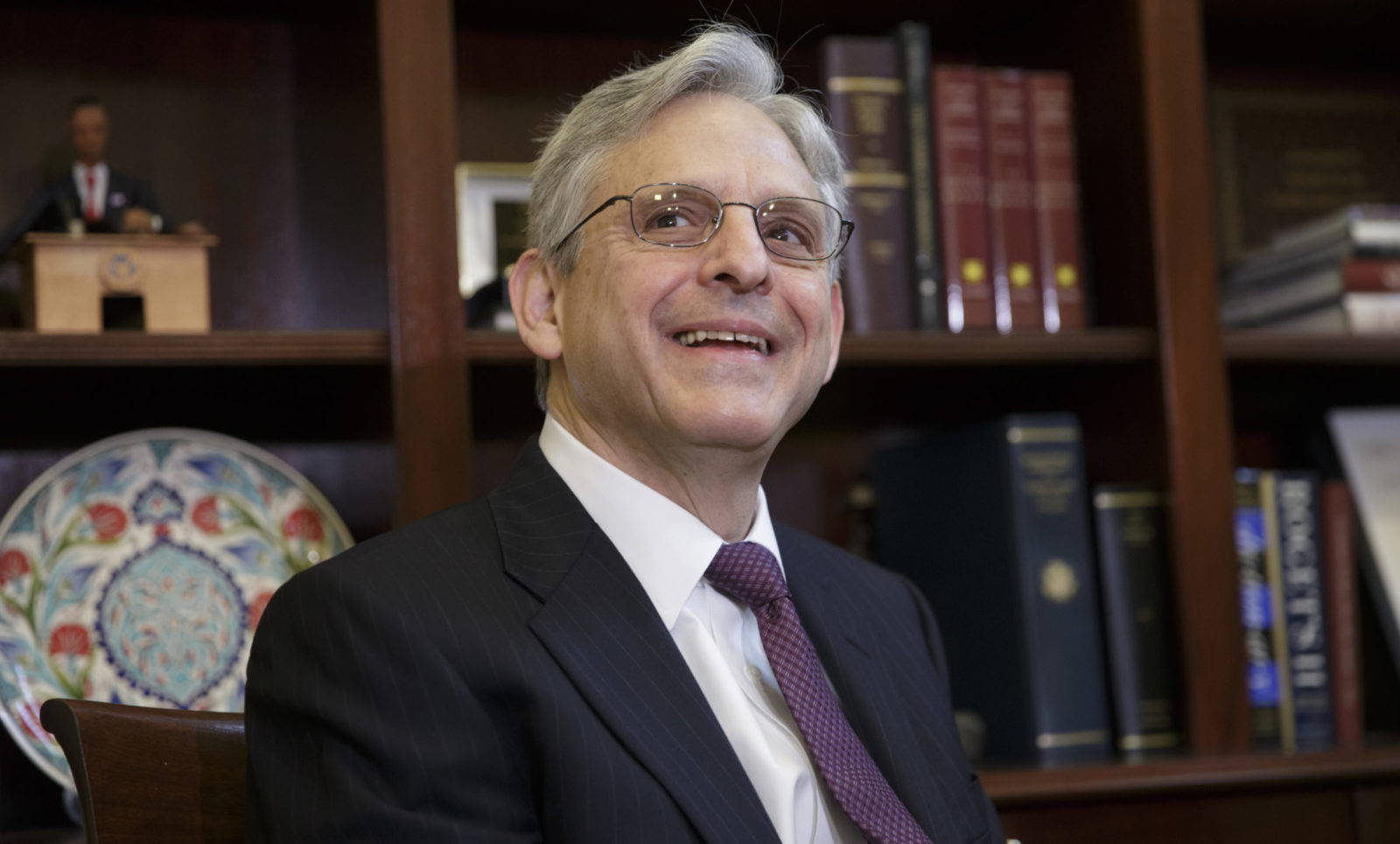 The news on Wednesday morning that President-elect Joe Biden had chosen to nominate Judge Merrick Garland as his attorney general was inevitably — and understandably — overshadowed by the violent storming of the Capitol by pro-Trump extremists that left the nation in shock and turmoil.

But it was also in many ways appropriate that Garland’s appointment to lead the Department of Justice, which Biden is expected to formally announce today, would fly under the radar. Garland, chief judge of the U.S. Court of Appeals for the District of Columbia Circuit, is by most accounts an uncommonly stoic jurist known for his meticulous devotion to applying the law with no trace of flamboyance or fanfare — qualities that no doubt served him well when Senate Republicans stonewalled his nomination to the Supreme Court five years ago.

“He does what’s right, even when it’s difficult, and he holds himself to the highest standards, even when no one is watching,” said Nora Freeman Engstrom, a professor at Stanford Law School who served as a clerk for Garland in the early 2000s. “I clerked for him as a young lawyer, and during that year, I worked as hard as I’ve ever worked. But, he invariably arrived in the office earlier and stayed later. His dedication to the law is immense, and his devotion to this country is unwavering.”

In interviews with Jewish Insider, several of Garland’s former law clerks — a wide and varied network including many who have gone on to distinguished careers in academia and public service — spoke admiringly of their former boss, while emphasizing that Biden had made the right decision despite his somewhat unusual choice of a career judge to fill the Cabinet role.

Garland previously held lower positions in the Justice Department, most notably in the mid-1990s when as principal associate deputy attorney general he prosecuted the Oklahoma City bombers. Since 1997, however, he has served as a judge on the D.C. circuit — a 24-year run during which he has mentored scores of young lawyers.

Garland’s cool temperament may be just what the deeply polarized country needs right now, said Justin Driver, a law professor at Yale University who clerked for Garland between 2005 and 2006. The 68-year-old judge, Driver believes, will be particularly effective in restoring morale among career attorneys in the Department of Justice who have been worn out by the past four years as President Donald Trump has sought to bend the department to his will.

“He’s a judge who is broadly admired for his commitment to the rule of law, and I’m sorry to say that the current Justice Department — that commitment hasn’t always been in clear evidence,” Driver told JI.

He recalled Garland’s exacting approach to the law, which instilled in his underlings a sense of drive and loyalty that many still carry with them today. “Before he would send his opinions out into the world or to his colleagues, he would have two law clerks stand next to him and read aloud every word of the opinion, and if you had any modest suggestions at this pencil-edit stage then it was time to speak up,” he said. “That’s a testament to how dedicated he was to getting it right.”

Though it has been nearly two decades since his clerkship, Driver noted that Garland has sought to keep in touch as the years have gone by. “He’s the sort of boss who, once you work for him, you’re a member of his extended family of clerks for the rest of your life,” Driver said. “He attended my wedding. He’s an incredibly warm person. And at any time that I’m at sort of a crossroads in my career, I’ll call him up. Even though I probably have just under 100 clerk siblings, he always finds time to call me back and offers very sage advice.”

Eric Berger, a former Garland clerk who now works as a professor at the Nebraska College of Law, offered a similar view of the judge. “He’s extremely smart and extremely hard-working and he expects a lot from his clerks, but he also treats them with kindness and compassion,” Berger said of Garland, for whom he clerked between 2003 and 2004. “I remember when I decided to go into the law teaching market, I didn’t even ask him to do this and I found out that he had made a bunch of calls to various schools that were considering me.”

Looking back on his time clerking for Garland, Berger concluded that his old boss was well-poised to become attorney general thanks in large part to his impartial legal mind. “He never approached a case with an ideological viewpoint,” he told JI.

“It’s not very controversial to say that the Department of Justice has become a lot more partisan in the last couple of years,” said Berger, alluding to Trump’s tempestuous relationship with a cavalcade of attorneys general who have filtered through the department during his time in office, most recently William Barr. “I think Judge Garland is an ideal person to restore the integrity of the Department of Justice.”

Not only that, said Tali Farhadian Weinstein, a former Garland clerk who is now running for Manhattan district attorney, but Garland’s decades-long tenure as a judge bearing witness to an American legal system that many see as deeply flawed suggests that he is more than prepared to contemplate criminal justice reform initiatives that have become a major subject of discussion in recent years.

“I think it is just so important to have someone at the helm who understands the department and who understands its different roles and the people who are working there,” Farhadian Weinstein said.

Matthew Etchemendy, an appellate practice attorney at Vinson & Elkins LLP who clerked for Garland between 2012 and 2013, agreed.

“They say that the longer you work in D.C., the more cynical you get,” he mused. “I would say that’s probably true. But clerking for Judge Garland was a rare exception: When I finished my clerkship, I felt better about the federal courts, and about the government, than when I started.”

Garland, of course, would have ample justification for feeling cynical given that he lost the chance to sit on the Supreme Court back in 2016 — a lifetime appointment that would have served as an extraordinary capstone to a distinguished career.

But attorney general, on the other hand, isn’t exactly playing second fiddle — and his former clerks fully expect that the Chicago-born son of Jewish parents will perform virtuosically now that he is on the national stage.

“This is a great way for history to have sorted itself out,” said Farhadian Weinstein.