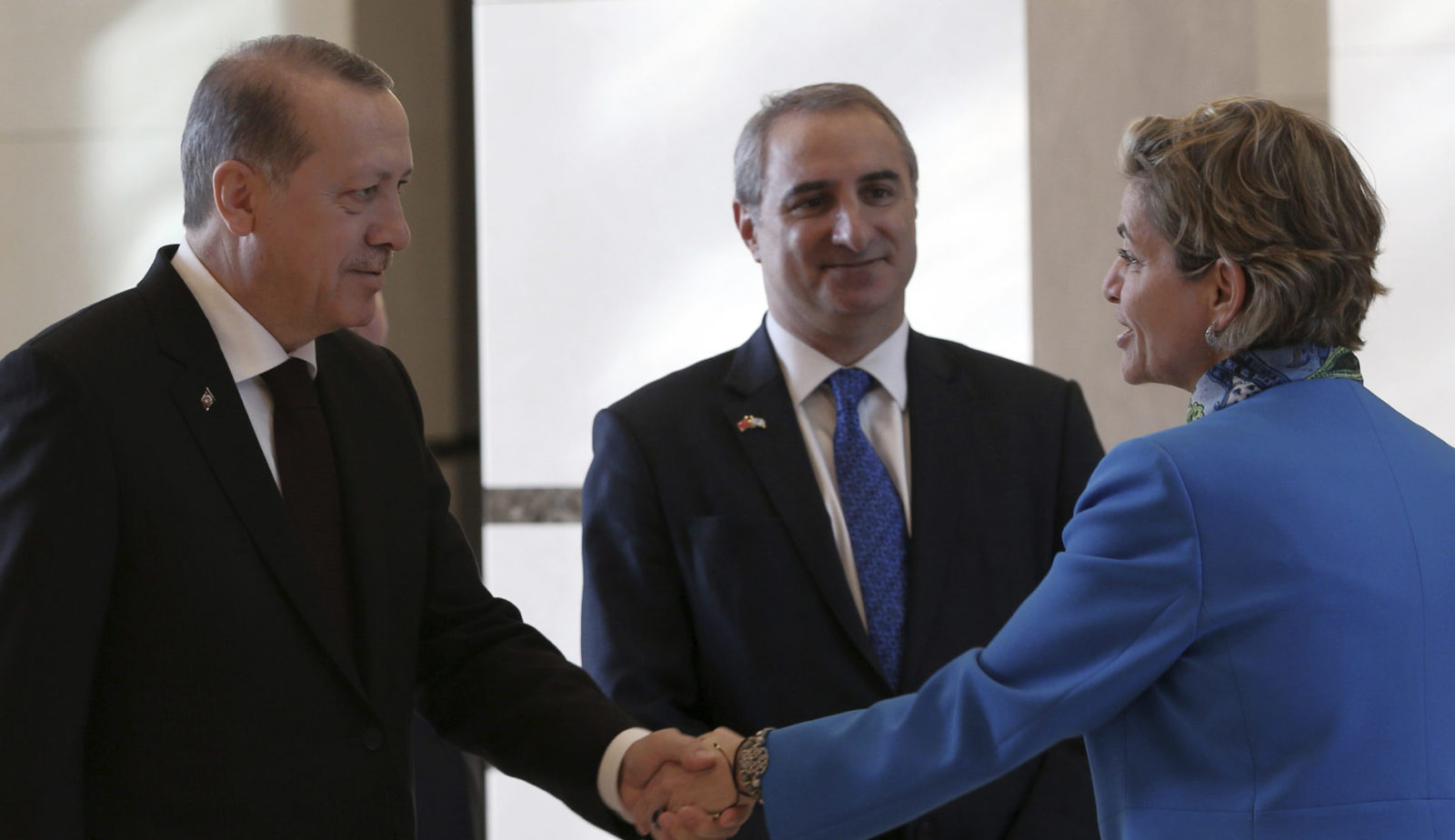 Four months after taking up her post as Israel’s new ambassador to Egypt, Amira Oron is just about caught up with the mountain of work that greeted her upon arrival.

Until Oron arrived in Cairo over the summer, the position of Israeli ambassador to Egypt was vacant for more than a year. She was first nominated for the role in October 2018, but her confirmation was held up as Prime Minister Benjamin Netanyahu mulled appointing Likud loyalist Ayoub Kara to the job instead. Netanyahu was eventually swayed against the move — after heavy lobbying — due to Kara’s history of less-than-diplomatic incidents.

“Because there was no ambassador [for a year]… many things were left undone and not operating the way they should,” Oron told Jewish Insider in a recent phone interview from Cairo. “So we needed to go back to the way an embassy should operate. But we’re almost done, I’m glad to say, because it’s been a bit hectic.”

Oron said she has received a warm welcome since arriving in the Egyptian capital. “I think [having an ambassador] was missed by everybody. And it was quite needed [for someone] to come back and to reenergize our activity at the embassy.” Oron presented her credentials to Egyptian President Abdel Fattah al-Sisi in a September ceremony.

That meeting was very short due to COVID-19, Oron explained, but she said her appointment has been positively received by a range of Egyptian officials. She recognizes, however, that sentiments among average Egyptian citizens are often quite different.

“When it comes to public opinion, it depends, because Israel is an issue in Egypt, from different angles,” Oron told JI. On social media, she said, the embassy’s activities garner some support as well as a wave of vocal criticism. “We get some very positive responses, but also, as we are used to, we get some quite negative remarks.”

Oron, who is fluent in Arabic, is a career diplomat with a wealth of experience in the Middle East. Most recently, she served as Israel’s top envoy to Turkey, during a period in which Ankara had lowered the rank of Israel’s ambassador in the aftermath of the Mavi Marmara flotilla. She also previously served in the Israeli Embassy in Cairo and was the former head of the Foreign Ministry’s Egypt desk.

Almost 25 years have passed since Oron was last stationed in Cairo: “It was really different, it was a different era, a different time, a different embassy.” But, she said, she has encountered many of the people she met during her first Egypt posting, and “it’s really nice to see that the friendships have continued.”

Oron was the first female ambassador from Israel to serve in both Turkey and Egypt. She told JI that her gender has never been an issue in either country, but her groundbreaking appointment indicates that more work needs to be done.

“If we still need to talk about it, it shows that no matter what we do, we still have to fight and to prove that we can do it,” she said of breaking down such barriers in 2020. “It’s still an issue — it’s not solved yet, but we are on the way.”

Egypt and Israel have been at peace — with plenty of ups and downs — for more than 40 years. But over the past year, burgeoning normalization deals with the United Arab Emirates, Bahrain and Sudan have shaken up the Arab world’s approach to Israel.

But Oron does not believe the new agreements will have a major immediate effect on Israel’s relationship with Egypt. Business ties between Jerusalem and Cairo are on the rise, she said, but the public sentiment is less enthusiastic.

“We’re trying to push very hard” in boosting economic ties and trade, she said. “I see a positive atmosphere on the Egyptian side to do business and to enlarge the economic relations between the countries.” Sectors including agriculture, irrigation technology and tourism, she said, “we need and I will put an emphasis on.”

News of the deal between Israel and the UAE, Oron said, did not make huge waves on the ground in Egypt. “They don’t talk about it that much,” she said, adding that it was covered in the media and welcomed by Sisi. “They’re very into their own business, like every other country, with the economy, first of all, because of corona, trying to overcome the crisis.”

Speaking to Jewish Insider a day ahead of the U.S. presidential election, Oron was unconcerned about the outcome’s potential impact on her work.

“The relations between Israel and Egypt are very much related to Washington,” said Oron, noting that President Jimmy Carter helped broker peace between Israeli Prime Minister Menachem Begin and Egyptian President Anwar Sadat in 1978. “America pushed very much for this to happen and it’s still very much involved in this relationship,” she said. “But whether there will be this or another administration — I believe that the commitment and this kind of understanding will continue.”