Off Broadway but still in the spotlight

With live theater on hold until 2021, actor Adam Kantor has pivoted to a new kind of performing 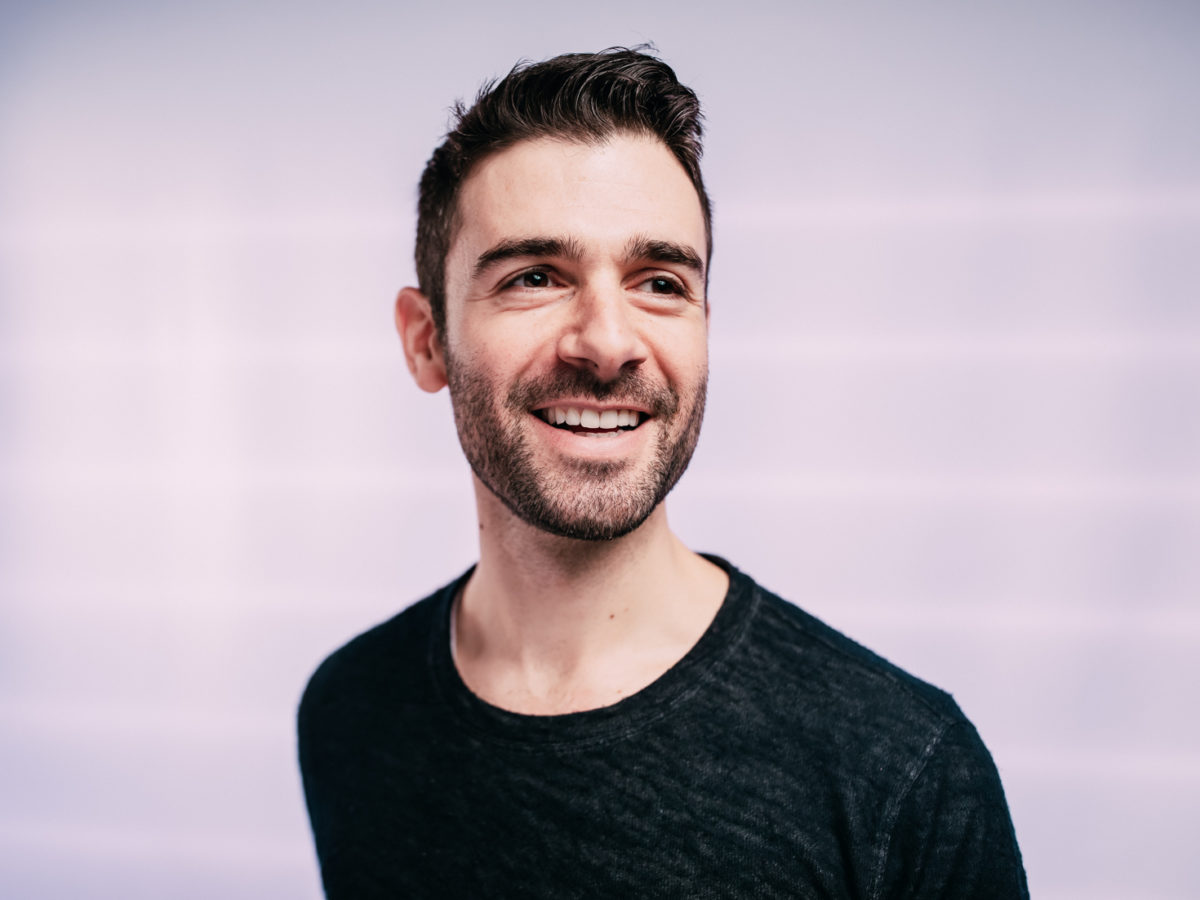 The COVID-19 pandemic has upended New York’s entertainment sector, indefinitely dimming Broadway’s lights and putting thousands — actors, ushers, stagehands and more — out of work. Adam Kantor, who was starring in the off-Broadway musical “Darling Grenadine” until the pandemic forced the show to close, has taken on a new career of sorts in recent months: celebrity guest in the world of Jewish communal webcasts.

Kantor was one of the creators of “Saturday Night Seder,” an online event that drew tens of thousands of live viewers and raised more than $3 million for the CDC Foundation’s Emergency Response Fund. It was particularly fitting for Kantor, who had been diagnosed with COVID weeks earlier, and spent the lead-up to the event recovering in his childhood bedroom.

Following the success of “Saturday Night Seder,” Kantor said, “a bunch of organizations reached out and said, ‘Hey, can you do something like that for us?’ And so it’s been a really great way to continue the spirit of tikkun olam and helping the world, helping organizations that are doing really beautiful work, while also staying somewhat employed, and being able to collaborate with people I love.”

In recent months, Kantor has been involved in a virtual celebrations and events with organizations ranging from a Pride celebration with Keshet, Jewish Queer Youth and the UJA-Federation of NY, a fundraiser with Sharsheret to support women with breast and ovarian cancer, and a virtual benefit for emergency first response group United Hatzalah.

“I’m Zooming, Zooming with all the Jews,” Kantor joked.

While many of his appearances were festive and celebratory, others have been more serious. Earlier this week, Kantor participated in a Kol Nidre webcast hosted by Hillel International and Reboot, an evening he called “profoundly meaningful.”

“My great-great-grandfather, Samuel Kantor, was an Orthodox rabbi and cantor. And I think he was known, in part, for his Kol Nidre… Jews would travel far and wide to hear him sing Kol Nidre,” Kantor explained. “So it was a meaningful moment to learn the song and to perform it.”

Looking beyond the High Holy Days, Kantor’s next project, which he launched in conjunction with OneTable, focuses on Shabbat. The initiative, called Pause, is a way to celebrate Shabbat when traditional ways of going about most aspects of life are on hold. As part of Pause, performers will appear in short videos released on Fridays sharing their own interpretations of Shabbat traditions and practices.

“The beauty of Shabbat is that it’s a weekly ritual, and it’s something that we can come back to and continue to come back to,” Kantor explained. The series will consist of 12 videos, one released each month through next fall, “so we can keep it timely and sort of informed by the forces of the world around us, but also, somewhat ritualistic like Shabbat is.”

OneTable launched in 2014 as a way to help Jewish millennials connect with each other and come together for Shabbat dinners, as well as other events around the year.

“When the pandemic hit, we weren’t sure if physical distancing would mean fewer Shabbat dinners — but the opposite has been true. It’s been such an important reminder that the harder life gets, the more Shabbat becomes an essential ritual,” Aliza Kline, OneTable’s co-founder and CEO, told JI. The organization has also partnered with a number of groups to conduct virtual programming throughout the pandemic.

The Shabbat series, Kantor said, will allow speakers to “really dig in and allow for time and exploration around the themes of Shabbat and what it means to pause and pausing within a pause. This epic pause that we are existing in.”

If spending his days at a computer isn’t how Kantor envisioned his life at age 34, neither are the characters he has played over the years — before the pandemic hit.

When he began auditioning, Kantor, who was raised in a Reform temple in Long Island, didn’t set out to play Jewish characters or perform in Jewish-themed shows. It wasn’t until he was cast as Motel in the 2015 revival of “Fiddler on the Roof” that he began to feel a strong connection to his own history.

“Before that, like with ‘Rent,’ and ‘The Last Five Years,’ I was playing Jewish characters. And I think I would say it was somewhat of a complicated journey because I would sometimes feel that I was being pigeon-holed or typecast,” he said. “And there was some frustration around that. I think now I’ve come around to a lot more gratitude towards it and embracing all that I’ve learned about myself and the history and my family through those experiences.”

Kantor’s great-grandfather ran his synagogue’s choir. “I have all of his transcribed cantorial music. In fact, I had that in my ‘Fiddler on the Roof’ dressing room,” Kantor said. “A book of his handwritten, transcribed cantorial music as well as a portrait, a photograph of my great-great-grandfather. So it all feels very full circle. It’s like I’m fulfilling my prophecy.”