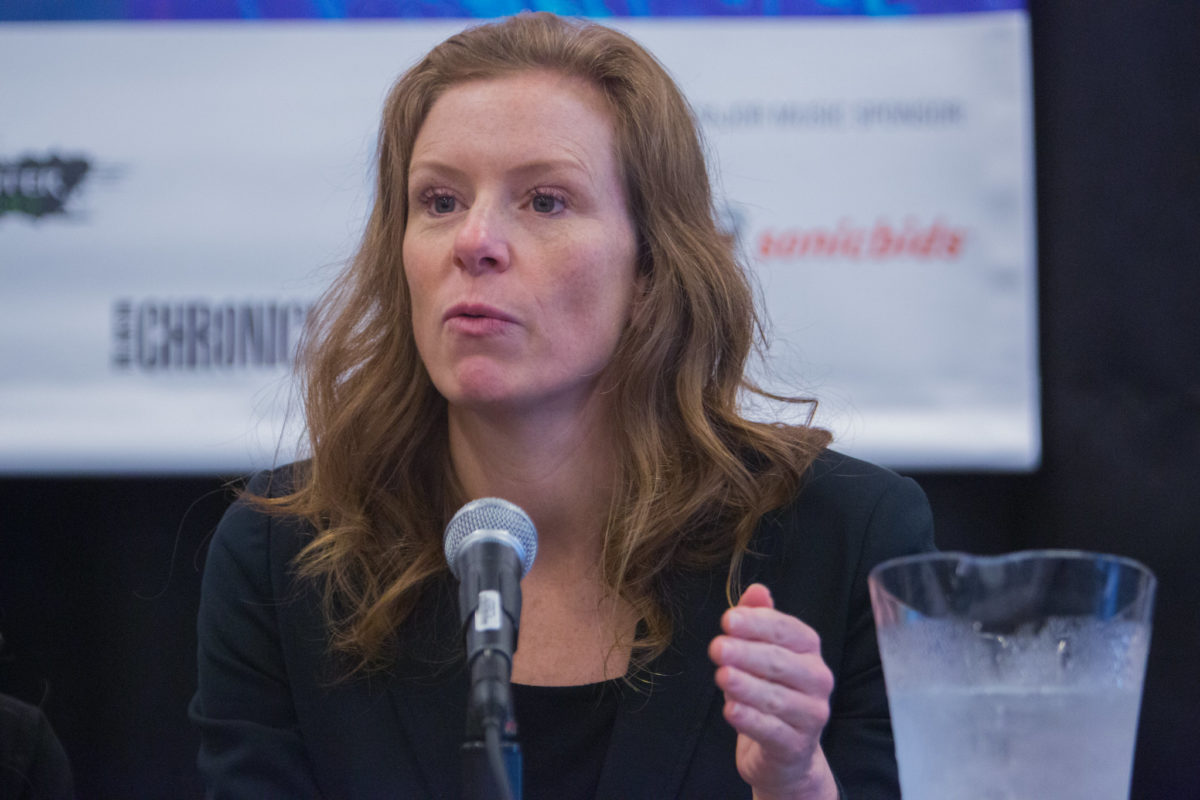 Facebook’s recent decision to ban Holocaust denial content from its platform was prompted by an uptick in global antisemitism and antisemitic violence coupled with an increasing lack of awareness about the Holocaust, the social media company’s top policy staffer said on Wednesday.

“It’s that combination of these two factors… that prompted us to say we need to recognize this as hate speech and remove it from our services,” Monika Bickert, Facebook’s vice president of content policy, said during an American Jewish Committee webcast.

This explanation echoes one provided by ADL CEO Jonathan Greenblatt earlier this month.

Bickert cautioned that, while Facebook began immediately removing Holocaust denial content when it announced the policy change on October 12, the company is still in the process of rolling out its subject-matter training for platform moderators.

The company will “be going full-force enforcing the policy” in the coming weeks, she added.

Greenblatt — who helped lead the “Stop Hate For Profit” campaign against Facebook — told Jewish Insider that officials at the social media platform “still have a long way to go” in reigning in Holocaust denial.

“One can still easily find pages on Facebook devoted to promoting Holocaust denial or raising questions about the veracity of Holocaust history,” Greenblatt said in a statement. “This is unacceptable, especially since they now have a policy that prohibits this form of hate speech. So there’s lots of room for improvement here.”

“We’ve increased our collaboration with groups like AJC and others who have direct relationships with stakeholders,” she said. “It’s us saying, ‘here’s how we’re thinking about this issue. Help us to know if we’re in the right place and to get better.’ And it’s those organizations saying, ‘here’s what we’re hearing from stakeholders.’”

Greenblatt said Facebook has not consulted with the ADL on this topic, adding that the company has not always been receptive to pressure and advice from outside groups.

“The fact that it took them this long to remove Holocaust denial, after Jewish organizations had been asking them to do so literally for more than a decade, doesn’t inspire much confidence in their ability to listen and take our concerns seriously,” he said. “Their efforts to try and better navigate these issues by consulting Jewish groups and others who fight hate is a crucial element of improving their platform, but too often it has been only surface level.”