The 'Stop Hate for Profit' initiative has the backing of the ADL, Common Sense Media and Sacha Baron Cohen 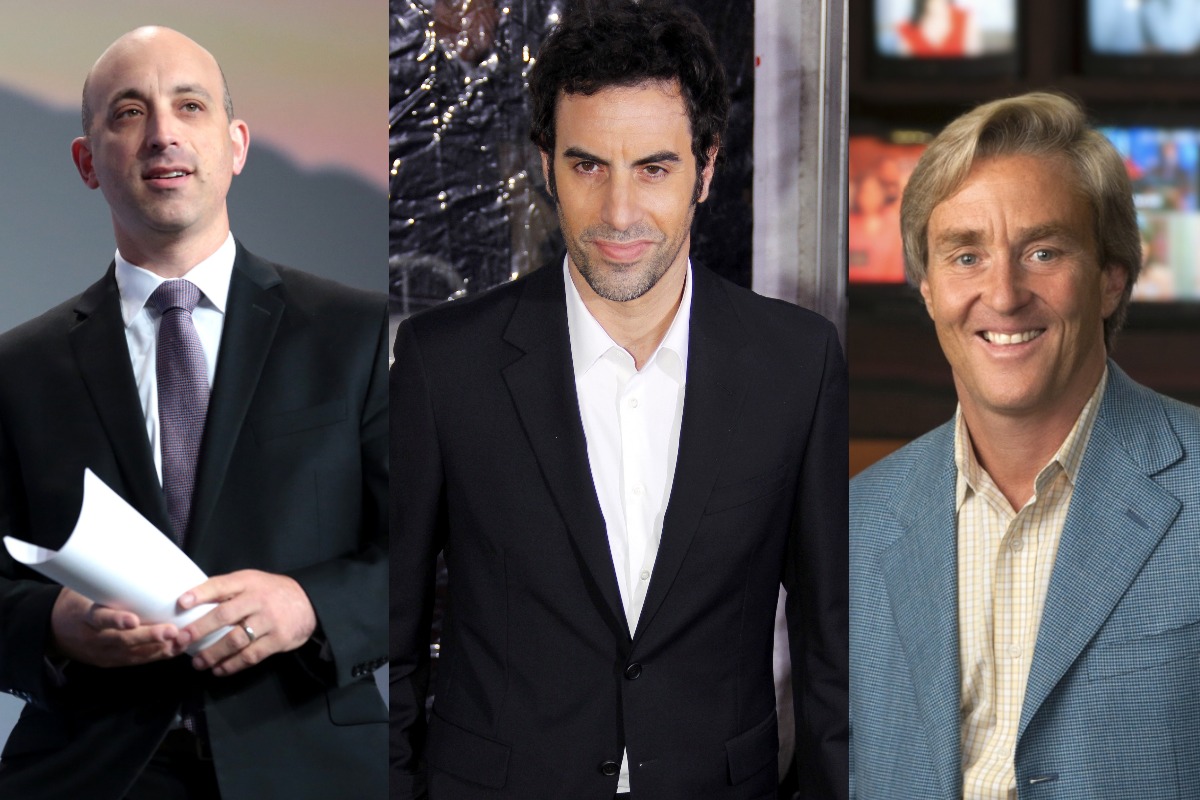 A nationwide campaign to pressure Facebook into reigning in hate speech on its platform has an unlikely origin story — and an even more unlikely interlocutor: an actor known around the world for his portrayal of a fictitious Kazakh reporter and stunts in front of unsuspecting bystanders.

In recent weeks, a coordinated effort called “Stop Hate For Profit” — the result of months of coordination between the Anti-Defamation League, Common Sense Media and a handful of other organizations including the NAACP, Color of Change and Sleeping Giants — has resulted in more than 100 companies pulling advertising from Facebook, charging that the social media site provides a platform for hate speech.

Steyer told JI he had been in touch with Sacha Baron Cohen last year before the comedian and actor — best-known for portraying outlandish characters on screen — made waves as the keynote speaker at the Anti-Defamation League’s “Never is Now” summit in November. During the speech, Baron Cohen launched a tirade against social media platforms — singling out Facebook — for failing to address controversial content.

“Basically, after, I’m like, OK, now what are we going to do? Because I’m in the business of getting things done,” Steyer, whose brother is former presidential candidate and billionaire Tom Steyer, told JI. Baron Cohen connected Steyer to Anti-Defamation League CEO Jonathan Greenblatt, and the “Stop Hate For Profit” campaign was born. Baron Cohen has since tweeted support for the campaign and urged companies to join in.

Steyer told JI that his faith was a motivating factor in the initiative. “I think it was a blend of understanding the level of racism against [African Americans] and racism against Jewish people,” Steyer, who grew up attending Temple Emanuel in New York City, told JI. “So when I started talking to Jonathan, and even Sacha Baron Cohen, I knew they were really deeply motivated by the incredible amount of antisemitism, and all the white supremacist groups… So that’s a factor for me, for sure, personally. But it’s more that I believe that this stuff is just completely reprehensible and unacceptable.”

Steyer and Greenblatt are focused on Facebook for the time being. Greenblatt told JI that a majority of the harassment complaints the ADL has logged occurred over Facebook.

“There are other platforms, but none of them are as ubiquitous or as problematic as Facebook, by a large margin,” Greenblatt said. “That being said, there are other social media services that are problematic. There are also private… discussion sites that are problematic. Online gaming environments are virtually unmoderated,” he added. “Streaming services don’t have all of the measures in place that they should. Our media environment for decades and decades was very carefully built with protections in place for consumers. And the online arena, which has literally been built in the last 10-15 years, has none of those protections in place.”

On Friday, Facebook founder and CEO Mark Zuckerberg gave a speech outlining some of the steps the company plans to take to address concerns surrounding the platform. He said Facebook will stop allowing paid ads that could stoke hate, and will ramp up its efforts to provide accurate information to voters ahead of the November election.

But Zuckerberg’s pledge left many unsatisfied. “Too little, too late,” Greenblatt said, noting that the platform will not take action against unpaid content that promotes hate. “Real ads subsidize hateful content that they’re unwilling to deal with.”

Greenblatt believes the tools exist for Zuckerberg to tackle problematic content. “If you can build a business that — in less than two decades, has connected the entire planet — I’m sorry, that tells me you’ve got the innovation and the capacity to do a heck of a lot more,” he told JI.

The initial plan for the campaign was for companies to suspend advertising on the site for the month of July. Since the open letter announcing the campaign was published in mid-June, advertisers ranging from North Face to Coca-Cola, Unilever, Ben & Jerry’s and Verizon have pulled their advertising from the site. Facebook’s shares have dipped more than 7% since the campaign began.

Facebook brings in roughly $70 billion a year in ad revenue. Greenblatt said his organization is in the process of tabulating the total advertising dollars lost, but was quick to note that hurting the company’s bottom line isn’t the objective.

“The goal was never to make a dent in Facebook’s [profit and loss]. The objective was always to make a point about Facebook’s principles,” he said. “And I think we’ve achieved on that front. Because now they’re taking notice in a way they never have before. This has simply never happened before for Facebook. They’ve never had advertisers flee the platform en masse.”

What comes next? Steyer said the groups are planning to take the movement international.

“We’re taking the campaign globally. And so you’re going to start to see hopefully more advertisers coming in on a global basis because Facebook is a global company and a global platform,” Steyer said, noting he hopes younger consumers will be part of that push. “I think that the next big [question] is, will the public, particularly young people, come out and basically say, ‘We don’t want to be part of this platform as long as you allow this incredibly offensive stuff on your platform without calling it for what it is.’”