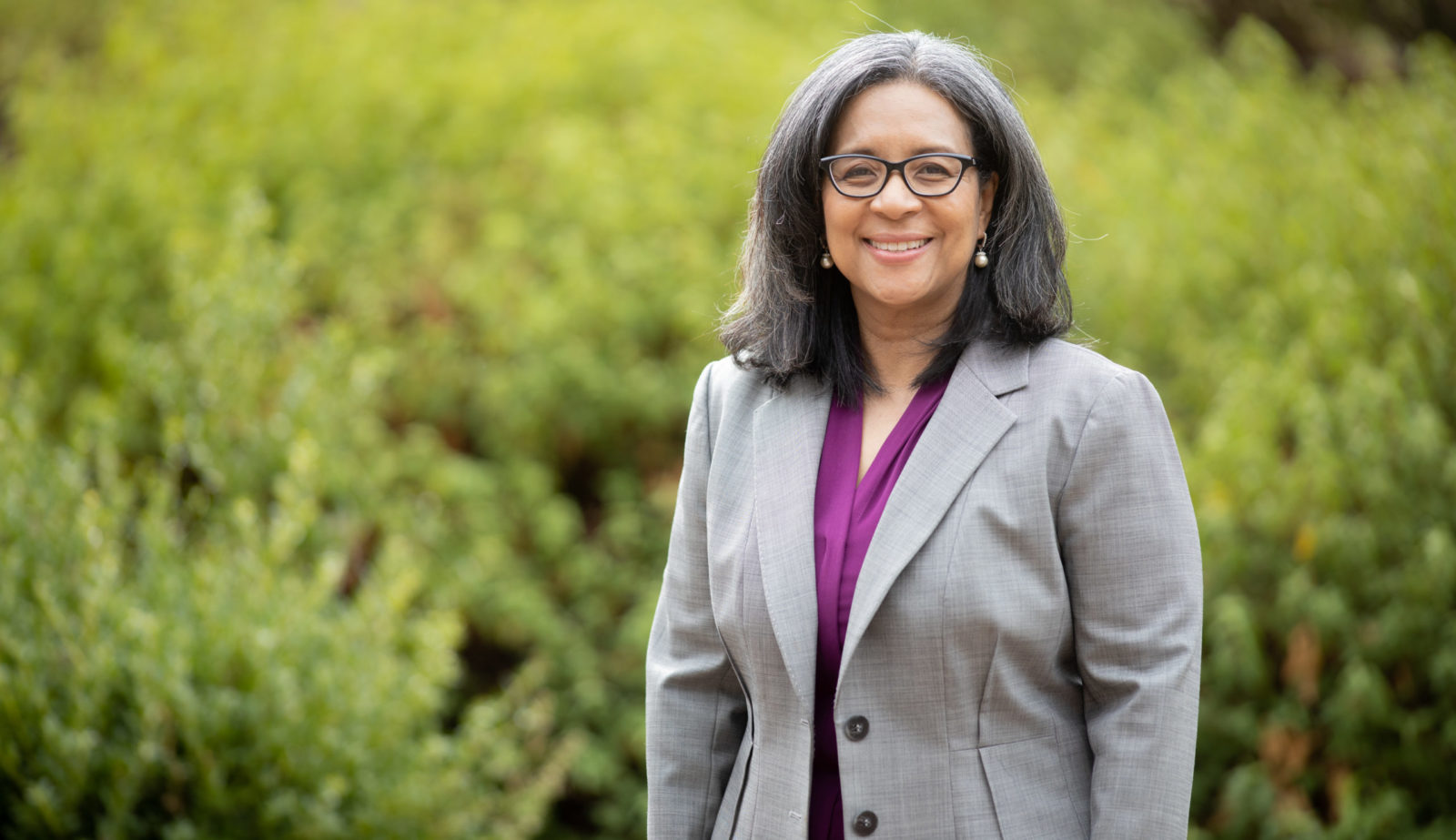 Can Marilyn Strickland make history in the Pacific Northwest?

If elected, Strickland would be the first Korean-American woman in Congress and the first Black representative from the Pacific Northwest

In Washington’s 10th congressional district, two Democratic candidates are competing to succeed outgoing Rep. Denny Heck (D-WA) in a race that is viewed as representative of the growing ideological rift between moderates and progressives.

Marilyn Strickland, the former mayor of Tacoma, has earned establishment support from local and national leaders, among them two former Washington governors as well as Reps. Jim Clyburn (D-SC) and Hakeem Jeffries (D-NY). Most recently, she was CEO of the Seattle Metropolitan Chamber of Commerce, where she led the opposition to a head tax on businesses that her opponent holds up as evidence of Strickland’s fealty to corporate interests.

Meanwhile, Beth Doglio, a community organizer and climate activist who serves in the Washington House of Representatives, has pulled in endorsements from labor groups along with progressive stalwarts like Sen. Bernie Sanders (I-VT) and Rep. Alexandria Ocasio-Cortez (D-NY).

“We are running a very good campaign that highlights the differences between myself and my opponent,” Doglio, 55, told Jewish Insider in a recent interview, arguing that her support for such progressive policies as Medicare for All and the Green New Deal stands in contrast to Strickland’s more measured approach to healthcare and the environment.

But in conversation with JI, Strickland rejected the notion that she is on the moderate end of a binary that many have put forth, she suggested, to create false distinctions.

“We love labels because it makes it easy,” Strickland, 58, said in a phone interview earlier this month. “As a woman who is Black and Korean, I’ve been labeled my entire life, or people have been trying to assign a label to me. My lane is left-of-center. There are times when I am very progressive on issues, and there are times when I’m more moderate — it really depends on the needs of the people that I want to represent.”

On Israel and the Middle East, however, both candidates seem to hold relatively similar views that are common among the vast majority of Democrats. Strickland and Doglio both support rejoining the Iran nuclear deal and back a two-state solution to the Israeli-Palestinian conflict. Neither candidate has been to Israel, but each expressed a strong desire to visit if elected to Congress. Both say that they do not support the Boycott, Divestment and Sanctions movement, though the candidates speak differently about the reasoning behind their decisions.

While Strickland worries that BDS could cause damage to Israel’s economy, she believes that it has failed to gain enough traction to do so. Her larger concern is that the movement “paints an inaccurate picture of Israeli life,” she told JI. “It’s antisemitic.”

For her part, Doglio also firmly renounced the movement. “I don’t support what BDS stands for because it would eliminate the Jewish state, which is not a two-state solution,” she said matter-of-factly. Still, Doglio noted that even though she won’t back the movement, she respects BDS as an organizational effort given her background in community activism. “It’s hard for me to take tools out of the toolbox for people who feel strongly about something,” she said.

According to Doglio, many activists in the Evergreen State are supportive of BDS, which she described as a “tough issue” in her community because of a young Washington native, Rachel Corrie, who in 2003 was killed by an Israeli military bulldozer while defending Palestinian homes in the Gaza Strip. Though a court ruled in 2012 that Israel was not at fault for Corrie’s death — and an appeal also was later rejected — Doglio said the issue is still a raw one at the local level.

“There’s a strong BDS presence in Washington because of that,” she told JI.

Doglio said she has had several discussions with community members as part of an evolving effort to better understand the Israeli-Palestinian conflict. “There is not a consensus around what a solution looks like,” she said. “The range of views on that within the Jewish community is big, and so I’ve been taking that in and learning as much as I can.”

Doglio, whose Jewish husband has family in Israel, described her “strong connection” to the Jewish state despite never having visited. Doglio said she met with AIPAC about the possibility of going this past December but wasn’t able to make it happen. She told JI that it would be a priority if she is elected.

Strickland, though, is the candidate who appears to have garnered more support from the pro-Israel community. Last month, she earned an endorsement from the grassroots advocacy group Pro-Israel America, whose executive director, Jeff Mendelsohn, described Strickland as a “strong champion of the U.S.-Israel relationship” in a statement to JI. “There has never been a more critical moment to elect officials to Congress who support clear and consistent pro-U.S.-Israel policies.”

In her interview with JI, Strickland made clear that she was committed unequivocally to such policies, which she came to support after having spent time with members of the Jewish community in Washington who are pro-Israel. “It has just given me the opportunity to learn a lot more about the history,” she said.

“I have an understanding now that the U.S. and Israel have a deep and abiding commitment to supporting democracies around the world,” she said. “This is a very special relationship between the two nations, and it’s important to strengthen this relationship, to partner, to ensure that we are sharing our goals of peace and free speech and democracy.”

Her own identity as a Black and Korean woman, she added, has led her to feel a “shared experience of bigotry and prejudice” with the Jewish people as antisemitism is on the rise. “We just want to make sure that, as I have the chance to serve in Congress, my door will always be open,” she said, “and I’m going to be a friend of Israel and a friend of people who want to support Israel.”

“At the end of the day, we all want peace and prosperity, and that is both for Israel and for the Palestinians,” Strickland said, noting that that she was currently reading Yossi Klein Halevi’s Letters to My Palestinian Neighbor to gain more insight into the Israeli-Palestinian conflict.

Jessyn Farrell, a member of Seattle’s Jewish community and a former state representative, said that Strickland brought a similar sense of care to her position as Tacoma’s mayor. “She’s been a real leader on issues that Jewish community leaders have focused on,” said Farrell, who has endorsed Strickland.

According to Farrell, gun violence is a major concern among Washington Jews after a deadly shooting at the Seattle Jewish Federation in 2006 — and as mayor, Strickland passed a resolution supporting universal background checks that Farrell found reassuring. Shortly after President Donald Trump’s election, Farrell recalled, Strickland also reintroduced a resolution to reaffirm Tacoma’s commitment to diversity and inclusion.

“It was important to me to make sure that the people of the city I represented understood that we were not going to waver on treating all people with respect and dignity,” Strickland said.

Doglio, who lives in Olympia, has served as a state legislator since 2017 and for the past 13 years has been a senior advisor and campaign director for Climate Solutions, a nonprofit advocating for clean energy. She announced her bid for Congress in February, joining a crowded primary election.

Strickland would be the first Black representative from the Pacific Northwest and also the first Korean-American woman in Congress if she prevails on November 3. Born in Seoul, Strickland moved to Tacoma with her family in the late 1960s. She was on the Tacoma City Council before being elected as the city’s mayor in 2010 and served in that role until 2018. She announced her candidacy in December 2019, shortly after the incumbent, Denny Heck, said he would retire.

The candidates are vying to represent a district in the western portion of the state that includes the capital of Olympia. There is scant polling in the race, though one internal survey conducted in late August for Strickland’s campaign suggests that she is the favorite, leading Doglio by a margin of 21 percentage points.

Michael McCann, a professor in the department of political science at the University of Washington, said that Doglio’s support from organized labor has helped her stand apart from Strickland, whose ties to business when she led the Seattle Chamber of Commerce have been an issue in the race.

“That said, the difference on policy issues and ideology are not great,” McCann told JI in an email, “a moderate progressive vs. more progressive.”