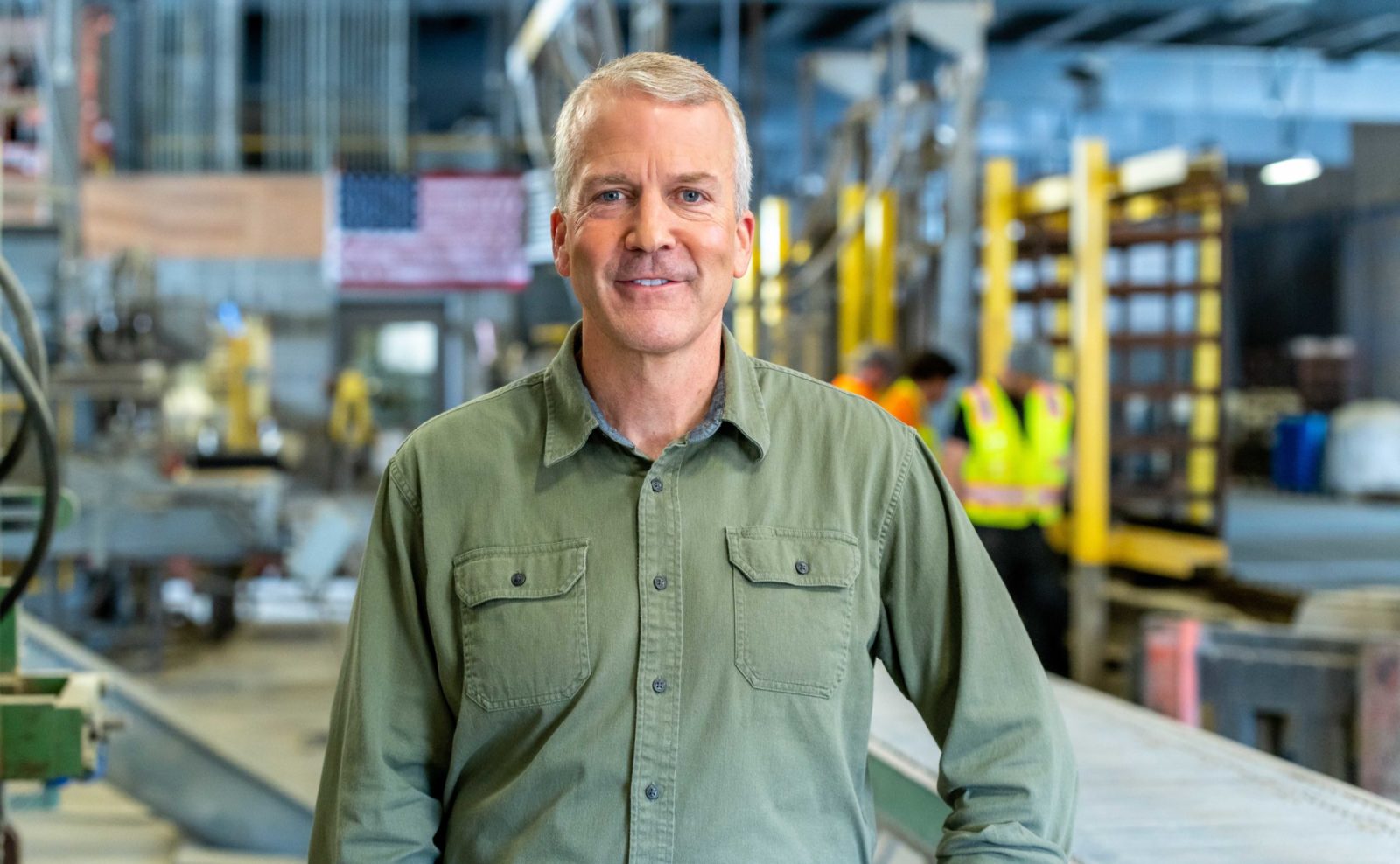 Can Dan Sullivan hang on in the tightening Alaska Senate race?

Sen. Dan Sullivan (R-AK) spent a good portion of the five-week August Senate recess driving through Alaska and meeting with voters in an effort to boost his profile ahead of his November reelection battle. “I’ve been getting out with my wife,” he said in an interview with Jewish Insider as he drove north from Anchorage to the Matanuska-Susitna Valley on a recent September afternoon.

“We’ve covered well over 1,000 miles in my truck,” added Sullivan, estimating that he had interacted with approximately 2,000 voters at outdoor campaign events and rallies during his peregrinations through Alaska. “We were all over the state.”

The Republican senator is well aware that he needs to work hard to defend his seat this cycle. In 2014, the first-time candidate narrowly defeated the incumbent Democrat, Sen. Mark Begich, by just three points.

Now, the roles have been reversed as Sullivan prepares to go up against a formidable challenger, Al Gross, an independent allied with Democratic Party leaders who has picked up traction in the state.

Though polls from June and July suggested that Sullivan, 55, was comfortably ahead of Gross, recent numbers have indicated that the race may be tightening. A Public Policy Polling survey, conducted in late August, found that Sullivan and Gross — both of whom have raked in millions of dollars in campaign donations — were tied with 43% of the vote.

The race has become increasingly acrimonious in recent weeks as the two candidates have traded barbs in an ongoing series of attack ads. A possible Supreme Court nomination and an in-state mining scandal have added to the high stakes in a contest that is drawing national media attention as well as significant outside spending.

Gross has run a strong campaign, experts say, casting himself as a political outsider in a state that favors them. The 57-year-old Jewish doctor has sought to play up his background as a commercial fisherman and gold prospector. Gross, who was born and raised in Alaska, is also an outsider of another sort: He was the first to have a bar mitzvah in the state’s southeastern portion. (His parents flew in a rabbi for the ceremony.)

But despite his status as an independent, the playing field is still unfavorable to Gross in historically red Alaska, whose top elected officials are currently all Republicans.

Gross’s odds further decreased last week when the Alaska Supreme Court rejected an appeal to reprint ballots to include candidates’ party affiliations and not only list how they got elected — meaning Gross, who ran in the Democratic primary, will likely be identified as a Democratic nominee rather than as an independent, which could diminish his prospects at the polls.

“Gross is fighting well and will likely capture a portion of the vote, but I have yet to see a key indicator that he is likely to win,” Amy Lauren Lovecraft, a professor of political science at the University of Alaska Fairbanks, told JI. “Sullivan just hasn’t had any large missteps that would turn his base against him or cause new folks to vote for him rather than his competition.”

Sullivan remains confident that he can win over voters, accusing his opponent of hoodwinking Alaskans by not adhering to any party affiliation as he campaigns for office.

“He’s telling people he’s an independent, but then he’s caught on a national fundraiser telling people that he’s going to caucus with the Democrats,” Sullivan scoffed, implying that Gross was only running as an independent because it was politically expedient. “His values are to the left.”

In the interview with JI, Sullivan took aim at his opponent’s healthcare proposals — Gross supports a public option for Medicare — but reserved his harshest criticism for Gross’s foreign policy views, particularly on Iran.

Gross opposed President Donald Trump’s decision to pull out of the Iran nuclear agreement and believes the United States should be brought back into compliance with the deal.

“I saw my opponent said he thought it was bad that we pulled out,” Sullivan said, alluding to a June interview with JI in which Gross expressed his disapproval of Trump’s abandonment of the deal. “I couldn’t disagree more.”

Sullivan declared that one of the primary reasons he decided to run for Senate in 2014 was because he so strongly disapproved of former President Barack Obama’s approach to Iran.

“The appeasement that was going on with regard to Iran was shocking, it was dangerous, and it was something that I thought was not only bad for America but very bad for our most important ally in the Middle East — and that’s Israel,”  Sullivan told JI.

Sullivan, who has not travelled to Israel during his time as a senator, touts his record when it comes to the Jewish state. He is, along with the majority of Senate members, a co-sponsor of a proposed bill, the Israel Anti-Boycott Act, which would give states permission to require that companies pledge not to boycott Israel. Sullivan said he signed on to the bill because he regards the Boycott, Divestment and Sanctions movement as part of a rising tide of antisemitism in the U.S.

“Part of the reason I was one of the original cosponsors of that was to show that, at least from the Congress’s perspective, we don’t find that acceptable,” he said, adding his disagreement that the act would infringe on free-speech rights. “I think it’s important to send a signal from the Congress of the United States that those movements on boycotting Israel are completely unacceptable.”

The first-term senator previously worked as commissioner of the Alaska Department of Natural Resources and as Alaska’s attorney general. Before that, the Ohio-born Republican served as an assistant secretary of state for economic and business affairs in the George W. Bush administration. Sullivan, who was deployed to Afghanistan in 2013, is now a colonel in the Marine Corps Reserve.

His experience in the State Department, where he worked from 2006 to 2009, molded his view of international relations and diplomacy.

During that time, he told JI, he helped push for Israel’s inclusion in the Organisation for Economic Cooperation and Development and traveled the globe as part of an effort to convince America’s allies, including France, Germany, Norway and Japan, to divest from the Iranian oil and gas sector.

Sullivan commended Trump’s actions with regard to Iran, singling out his decision to assassinate Iranian Gen. Qassim Soleimani, the head of the Quds Force in Iran’s Islamic Revolutionary Guard Corps, whom the senator regarded as a grave threat to the security of American troops in the Middle East.

“As soon as I got to the Senate, I started giving speeches about this guy Soleimani,” Sullivan said. “I’ve talked to the president numerous times about him. I’ve talked to the senior military. What the United States did with regard to the strike against Soleimani is that we reestablished deterrence,” Sullivan added. “This is really hard.”

Sullivan believes Trump’s tough posture toward Iran has helped the United States in brokering recent agreements between Israel and Bahrain and the United Arab Emirates.

“Most of this, of course, is driven by the recognition that the biggest threat in the region, whether it’s to Israel, or to Saudi Arabia, or to the UAE, is Iran,” Sullivan said. “The Trump administration has been very steady and focused on this in a way that has dramatically shifted the narrative,” he told JI, “in a way that, I think, takes advantage of the changing circumstances on the ground in a really important way.”

Sullivan added his concern that Trump’s diplomatic achievements would be in jeopardy if Democratic presidential nominee Joe Biden — who has said he will reenter the Iran nuclear deal — is elected in November. “He would be undermining this progress,” Sullivan said.

“This is what is at stake with regard to this election,” the senator concluded.

Sullivan can at least remain hopeful that he will hold onto his seat even if Trump isn’t reelected, though he told JI that he is operating on the assumption that he needs to run an aggressive campaign nonetheless.

“Alaska, from my perspective, is a lot more purple than red,” Sullivan said.

“I think he’s still the favorite, but there is the potential for an upset,” said Moore, adding that the state has been trending purple in recent years as young transplants who aren’t interested in working in the energy sector move to the state.

While Sullivan appears somewhat vulnerable this cycle, Moore predicted that he would hold onto his seat. But whether that will be the case six years from now remains to be seen.

“The days when a Republican could run a weak campaign, not really pay much attention to it and still win by 10 or 15 points,” Moore told JI, “are kind of a thing of the past.”