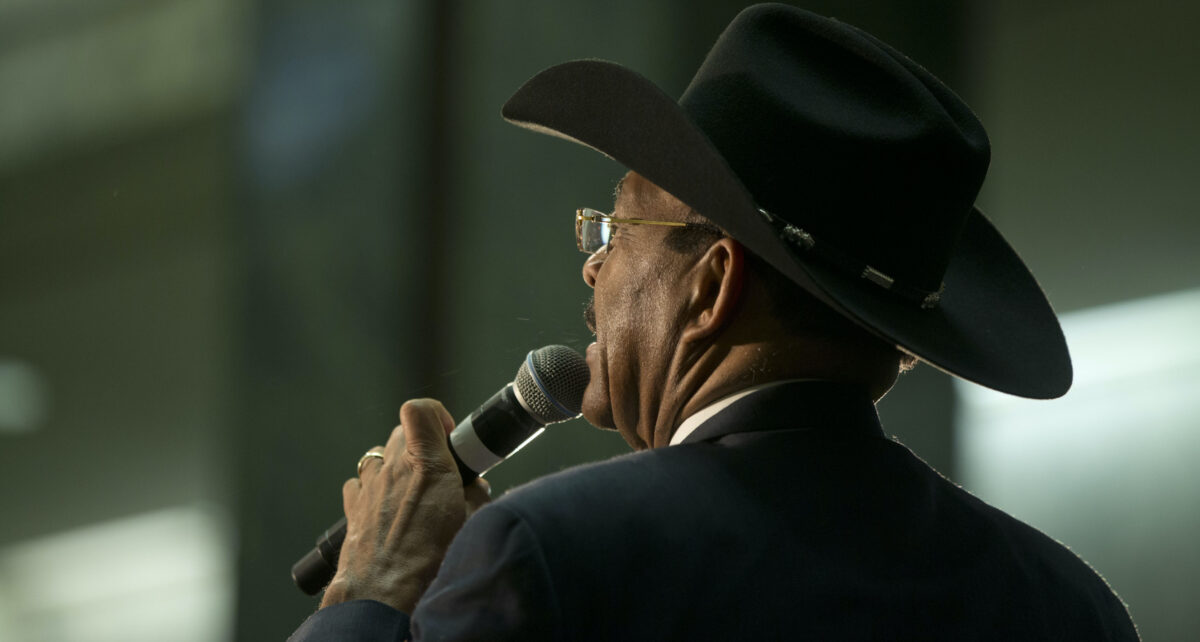 In the lead-up to New York’s June 23 primary, it looked as if Rubén Díaz, Sr., the brash Pentecostal minister and city councilmember, was in a strong position to defeat his Democratic opponents in the crowded race to represent the 15th congressional district, which includes most of the South Bronx.

The prospect of Díaz in Congress filled Democrats with dread, due in large part to his opposition to gay marriage and his comparison of abortion to the Holocaust. The 77-year-old, Puerto Rican-born city politician, who is perhaps most closely identified by his trademark cowboy hat, has also expressed positive views on President Donald Trump.

But when the votes were finally tallied, it seemed that Díaz was less popular in the district than had been assumed. Coming in third, he lost by a resounding 18 points to Ritchie Torres, the 32-year-old progressive city councilman, who has characterized Díaz as “the Donald Trump of the Bronx.” Torres, an openly gay man who identifies as Afro-Latino, declared victory in mid-July and was ruled the official winner three weeks ago.

In many ways, Torres’s win functioned as a symbolic rebuke of Díaz and the views he represents. Díaz appeared visibly shaken on primary night when an NY1 reporter, Juan Manuel Benítez, tried to interview him live on the air. The city councilmember, dressed flamboyantly in a red cowboy hat and bolo tie, refused to answer Benítez’s questions, pointing an accusatory finger at his interlocutor and calling him “bad.”

But in a recent phone interview with Jewish Insider, Díaz — who has largely avoided the limelight since the election — adopted a care-free tone in discussing his loss. “I have no regrets,” he said. “No regrets.”

“Anyone that runs for public office — anybody — anyone is excited to win,” he told JI. “People don’t want to lose. Somebody has to lose.”

“I did what I had to do. I congratulate Ritchie Torres,” said Díaz, adding that he had not spoken with his former opponent, who is all but assured a seat in Congress in the sapphire-blue district.

Still, the city councilman sounded somewhat aggrieved in assessing the reasons he believes he failed to garner a plurality of the vote.

Or, rather, he blames Torres’s apparently successful effort — along with the efforts of other candidates in the race — to link Díaz with the president. “I thought people would not believe it, but they did,” said Díaz.

“People should know me,” he added.

Díaz — who admitted in a March interview with Jewish Insider that he did little campaigning in his district — averred that there was nothing he would change if he had the chance to do his campaign over, implying that his record stands on its own. “No elected official does more activity for that community than me,” he declared. “No one.”

“I do a Christmas party, the biggest Christmas party in the Bronx,” he told JI. “I do street fairs. I do back-to-schools. I’m telling you, I do so much activity.”

Díaz seemed surprised that his enthusiasm for Trump’s first presidential campaign — “I do like Donald Trump,” he told The Washington Post in the spring of 2016 — might have hampered his prospects in the Bronx. “I have supported Republicans in the past, and I have no problem with that,” he said. “Most likely, I will do it in the future.”

So who did he plan to vote for?

JI pointed out that it did not sound as if Díaz was joking.

“I tell you what you want to hear,” he said with an impish chuckle. “You want to play games, then I’ll play games with you.”

Finally, he clarified that he would probably not vote for Biden, but that if he did, it would be because he likes Sen. Kamala Harris (D-CA), Biden’s vice presidential running mate. “She’s good,” he said, without elaborating any further.

Díaz told JI that he will retire from the city council at the end of his current term in 2022. “Next year I’m not running,” he said. “I’m out of politics.”

“What do you want me to do, die there?” said the reverend, who previously served in the New York State Senate and has been a city councilmember since 2018.

Díaz suggested he might not have served his term in Congress if he had won the primary. At first, he said he would only have served one term if elected. But then he added, “Who knows, maybe I wouldn’t even serve. Maybe I would have resigned before I was sworn in.”

“I was trying to prove something,” he concluded.

What he was trying to prove, however, Díaz failed to explain. “There were those plans of how long I was going to serve,” he said. “Should I serve if I win? I just wanted to run and see.”

Though his experiment didn’t seem to yield the result he would have liked, Díaz said he has nevertheless been keeping busy in his current capacity as a city official.

His district office is open, he told JI, pointing out that he has been working to serve his community amid the coronavirus outbreak.

“This is my last year and that’s it,” he added. “But I’m going to keep doing what I always did.”

Did he plan to stay in the Bronx after his term is up?