‘You can dislike the Israeli government at this moment or specific policies, but to suggest that people shouldn't visit there, I think is wrong’ 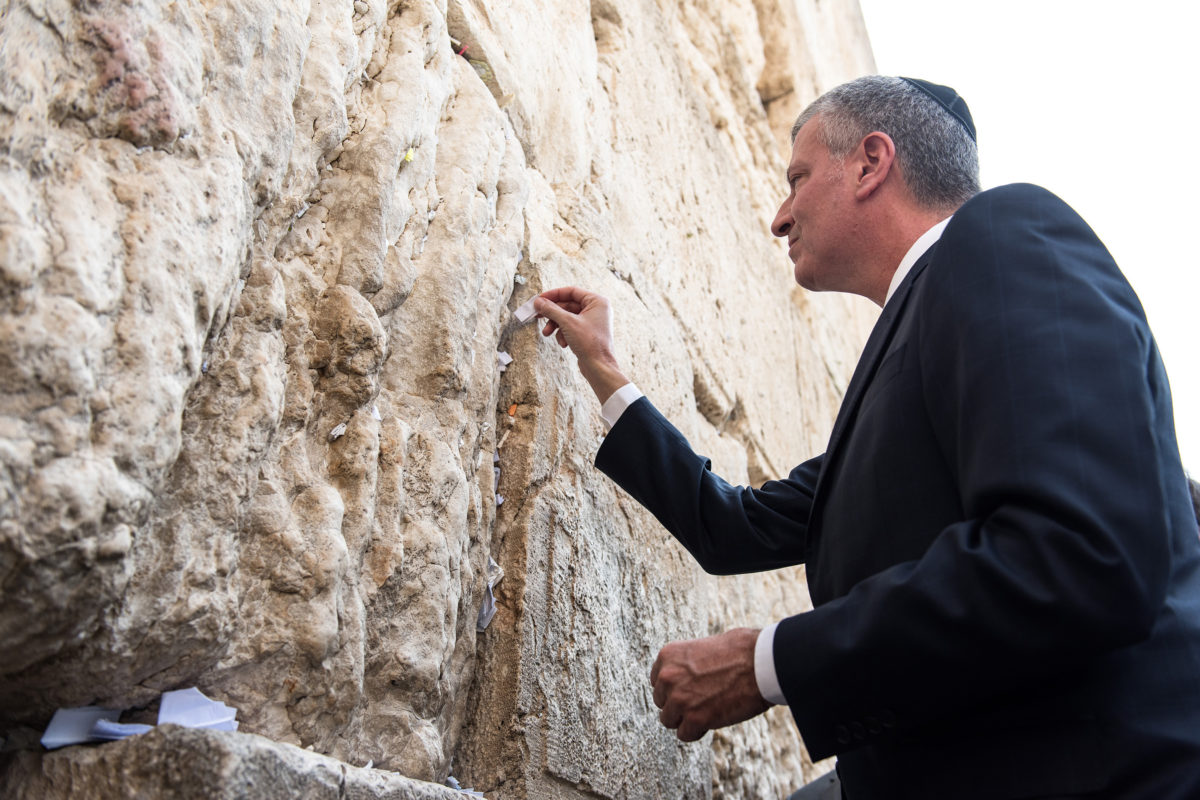 New York City Mayor Bill de Blasio is calling on local candidates seeking the support of the Democratic Socialists of America (DSA) to decline a pledge not to visit Israel if elected.

Last week, a questionnaire sent out by the DSA asked New York City Council candidates to agree “not to travel to Israel if elected… in solidarity with Palestinians living under occupation.”

“I truly feel some affinity with the DSA and what they stand for, but I think that question in that questionnaire is patently wrong,” de Blasio said in his weekly “Mondays with the Mayor” interview on NY1’s “Inside City Hall” program. “I think every candidate should say no to that, that they don’t accept that requirement for endorsement. It just doesn’t make sense.”

“You can dislike the Israeli government at this moment or specific policies, but to suggest that people shouldn’t visit there, I think is wrong,” de Blasio continued, “to support the BDS movement, is wrong.”

The DSA clarified their question on Friday following backlash and widespread condemnation. “We are in no way opposed to trips in a personal capacity to visit family or for other personal reasons,” the DSA said. But the group said they remain opposed to organized missions to the Jewish State.

The mayor has visited the Jewish state twice in the last decade. In 2011, de Blasio — who was at the time the city’s public advocate — traveled to Israel with his family for a week-long mission to Israel organized by the JCRC. As mayor, De Blasio visited Israel in October 2015, on a solidarity trip sponsored by a local businessman. On that trip, de Blasio joined a field trip of Arab and Jewish kids of the “Hand in Hand” school, as they were touring an olive grove and vineyard at the Mony Winery in Beit Shemesh, west of Jerusalem.

De Blasio called his time in Israel “an incredible moving experience” and described the Jewish state as “inherently progressive.” He told NY1 that he was able hear multiple perspectives while in Israel. ”I heard from plenty of other voices that had criticisms of the Israeli government and you gain such perspective on the reality on the ground when you see things,” he said. “I don’t think telling people, you shouldn’t experience something, you shouldn’t hear from people, you shouldn’t learn. That doesn’t really conform with progressive values from my point of view.”

De Blasio called on all candidates not to shy away from expressing their support for Israel as they seek the support of local political groups. “Actually say what you feel, and if any organization can’t deal with your truths, your beliefs, you probably don’t want their endorsement anyway,” he said. “I would hope and pray that no DSA chapter would decide not to endorse a local candidate over an international affairs issue. If they do that kind of thing, they’re just pushing people away.”