Menendez shoots down concerns that he’s shifted on Israel

Daily Kickoff: Biden taps Tom Nides for ambassador to Israel + The Jewish man being held captive by the Houthis

In Senate hearing, Ken Weinstein gets a boost from Joe Lieberman 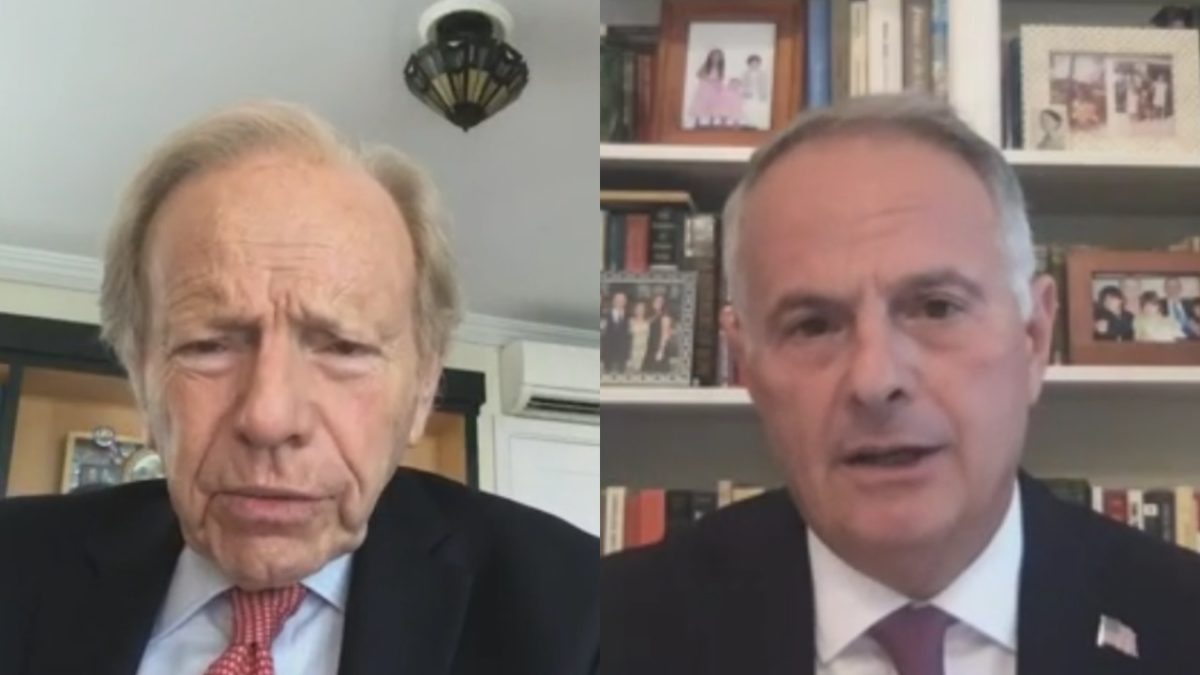 Before Ken Weinstein spoke a word to the Senate Foreign Relations Committee during a hearing on ambassadorial nominations, the Trump administration’s pick for ambassador to Japan already had a vocal supporter in his corner.

“Frankly, I can’t think of a better nominee than Ken Weinstein,” former Senator Joe Lieberman (I-CT) told the Senate panel during a videoconference Thursday morning, adding that Weinstein, the current president and CEO of the Hudson Institute, ”has developed not only a great knowledge of [the] U.S.-Japanese relationship, but very deep friendships and trusting relationships within Japan, both in the government and in the business community.”

Lieberman also detailed his personal connection to the nominee. “I know Ken personally. He’s a friend. During my years in Washington, we went to the same synagogue together, the Georgetown synagogue, [and] his family and mine have become friendly,” Lieberman said. “So this is a person of real honor and integrity who meets people well, who is a real American patriot based on his own life story, and also is devoted to strengthening U.S.-Japanese relations.”

Lieberman’s appearance at a Senate Foreign Relations Committee hearing is a rare but precedented occurrence. In February 2017, Lieberman addressed the committee to speak on behalf of David Friedman, then the administration’s nominee to be the next U.S. ambassador to Israel.

Weinstein later spoke and fielded questions from committee members on issues ranging from threats from North Korea to the U.S. troop presence in Japan.

In his opening remarks, he referenced his family history: “Dad, a physician in Brooklyn, made house calls until he was in his 70s. My mom, a refugee from Nazi Germany, taught in public schools and underserved communities. Mom knew totalitarianism firsthand and cherished the promise of America. She imbued this love in her students and in her five sons, and it is this dedication to service and love of country that I will bring with me to Tokyo.”