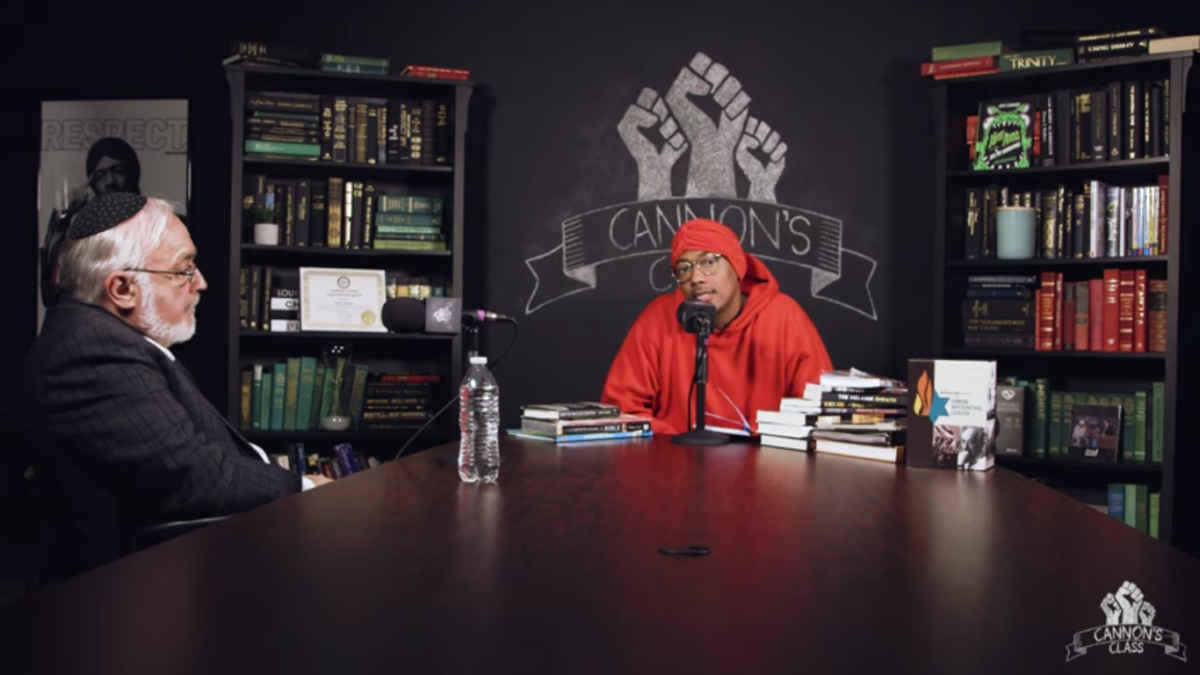 After coming under intense fire for antisemitic comments made on his podcast, TV host Nick Cannon is working to make amends with the Jewish community.

Cannon reached out to Rabbi Abraham Cooper, associate dean of the Simon Wiesenthal Center, and the two met at Cannon’s home in Los Angeles last Thursday, Cooper told Jewish Insider on Tuesday. Cannon recorded the discussion, later uploading the nearly two hour-long meeting, which is split into two videos, to YouTube as episodes of his podcast “Cannon’s Class.”

“I know how you could have taken many of the things that I said as hate and propaganda, but that was never my heart and intentions,” Cannon told Cooper in the video. “I was talking about how amazing Black people were, but it hurt so many people that weren’t a part of that community while I was trying to encourage and uplift my own community.”

The pair discussed the rhetoric of Louis Farrakhan, the antisemitic leader of the Nation of Islam who Cannon has repeatedly defended. The TV host said that after reading about many of Farrakhan’s bigoted comments, “I could never condone any of that… hateful demagoguery.” But he noted that it was hard for him to reconcile that with the “wonderful things from my perception” that he has heard from Farrakhan about Black empowerment. “That’s the only man I know who has ever peacefully brought together a million Black men at once for atonement.”

Throughout their wide-ranging conversation, Cannon and Cooper discussed films, books, music, world travel, history and their own upbringings. Cannon repeatedly expressed a desire to learn more about the Jewish community and correct his past statements.

“I’m asking to be corrected from your community. Give me books. Teach me. I’m an empty vessel — an empty broken vessel. Teach me. Fix me. Lead me,” Cannon said to Cooper. “That’s why I can say I love you for this opportunity because I know you’re catching it as well,” he said, referencing the influx of offensive posts across the Wiesenthal Center’s social media pages after Cannon began to post about his interactions with Cooper.

Cannon pointed out that while his original comments received fierce backlash, he also faced criticism after he apologized — from his own community. “Everybody is throwing hate at me right now,” he said. “I made a lot of people mad. I made [the Jewish] community mad. I made my community mad by apologizing.”

But he pointed out that he is understanding more and more how much the Black and Jewish communities have in common. “We both come from communities that have been oppressed and just slaughtered,” Cannon said. “We should be allies because of our common oppression.”

Toward the end of their long conversation, Cooper told Cannon: “The core question for everybody in our community is… is he sincere? Is this real?” Cannon replied: “Do you feel I’m sincere?”

“At this point, yes,” Cooper answered. “If what I’m hearing is an interest and a commitment to want to do things together to move forward for the betterment of people, that’ll be the proof of the pudding.”

On Monday, Cannon visited the Wiesenthal Center’s Museum of Tolerance, a museum focused on genocide education through the lens of the Holocaust, and met with Wiesenthal Center founder Rabbi Marvin Hier. The SWC said that Cannon “generously made a pledge to donate his first paycheck from ‘The Masked Singer’ to support” its activities.

Cooper told JI he was hopeful that his conversations with Cannon have opened the door to further interactions. While at the Wiesenthal Center’s office, Cannon met with Richard Trank, the head of the organization’s film division, Moriah Films, to discuss collaborating on a future project to reach members of the Black and Jewish communities. Cooper said it was clear during their conversations that Cannon was truly interested in learning. “This is a person who’s like a sponge,” the rabbi told JI. “He’s a voracious reader.”

“It’s not so much of changing minds, it’s a matter of opening up minds and opening up hearts,” Cooper said. “If you can do that, then we have a shot at it.”