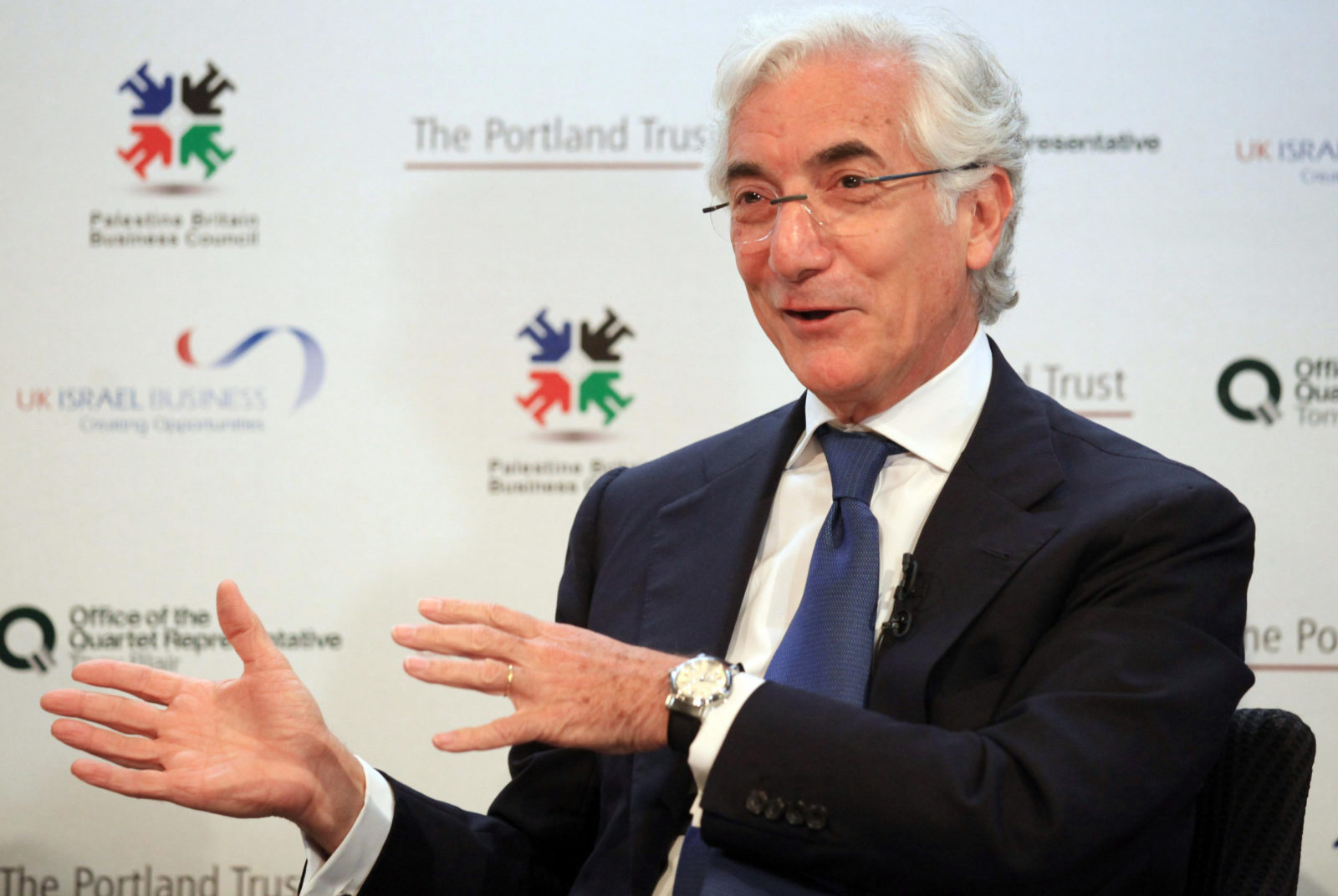 Catching up with Sir Ronald Cohen amid COVID-19

Global unemployment is surging, stock markets are fluctuating wildly and businesses are bracing for extended economic uncertainty amid the ongoing fallout from COVID-19. But Sir Ronald Cohen is still optimistic. The millionaire venture capitalist and activist philanthropist is hopeful that the global economy can emerge from this crisis as a fairer, more just and equitable system.

“We’re going to have a major effort on our hands to absorb the unemployed at a time when our governments are going to be very heavily indebted, and they’re going to have very constrained budgets,” Cohen told Jewish Insider in a recent Zoom interview from Tel Aviv. “And that’s why I think COVID-19 will accelerate the advance of impact investment, the adoption of impact-oriented financial accounts.”

Cohen, 74, believes that impact investing and social entrepreneurship, efforts he has been promoting for decades, will be key to economic recovery from the global pandemic.

“The social impact on the market should grow hugely in these circumstances,” he declared. “Apart from investing in companies that are working in testing and vaccines and equipment for corona… we have to make an effort to invest in companies which are not polluting heavily, which are not creating social problems in their wake, and pave the way to a fair and sustainable recovery so that we can emerge from this quickly.”

Cohen’s new book, Impact: Reshaping Capitalism to Drive Real Change, lays out his ambitious appeal to players in the financial community to adopt an impact-driven approach to investing.

“If you invest with three dimensions in your decision-making: risk, return and impact, rather than just risk and return — which has been our traditional model — you can deliver market rates of return or better,” Cohen said. “The notion that because you’re doing good, as you’re doing well, there must be a philanthropic element that means you’re going to make less money — is just wrong.”

Born into Egypt’s Jewish community, Cohen and his family fled as refugees to the U.K. in the wake of the Suez Crisis when he was just 11. Though he arrived speaking little English, Cohen went on to attend Oxford University and then Harvard Business School. At age 26, he established what became Apax Partners, a venture capital firm that grew to become one of the largest global private equity companies in the world. In the U.K. he is often known as the “father of venture capital.”

But 15 years ago, Cohen left Apax to devote himself largely to pushing for “impact investment,” rethinking the way investors, entrepreneurs, philanthropists, big businesses and the government approach both investing and tackling social problems.

Over the past decade, Cohen has encouraged and advised the creation of social impact bonds in dozens of countries around the world. Such initiatives tie investment returns directly to measurable results in solving social problems that the government lacks funds to tackle directly. The first such bond, launched in 2010, saw investors fund programs designed to prevent released prisoners from a U.K. jail from reoffending and ending up back behind bars. This would ultimately save the government money, which it would pay back to investors if they were successful at reducing rates of recidivism. The social impact bond set a goal of reducing rates of reoffending by 7.5%, and ultimately hit a rate of 9.7%.

“We have to change our economies so that they generate solutions, rather than problems,” Cohen said. “To do that, we need to bring impact to the center of our economic system alongside profit, so that we measure both impact and profit in making investment decisions. And so the measurement of impact is really the next big thing on the agenda of governments, in my view.”

In his book and in the interview with JI, Cohen repeatedly stressed how impact investment is both a profitable and a moral endeavor. So what is holding back entrepreneurs and big businesses from pursuing it?

“What is holding us back is our mindset,” Cohen said. “For 250 years, we have operated on the basis of making money. And now we have to shift to making money and improving lives and the planet. It takes time for people to understand that… an idea, even if its time has come, will take some time to spread.”

For many years, Cohen has split his time between Tel Aviv, London and New York with his Israeli-American wife, Sharon Harel-Cohen. In recent years, especially as his children — including Tamara Harel-Cohen, co-founder of the social impact startup Riseup — have settled in Israel, Cohen has been spending the majority of his time in the Jewish state. He’s been holed up in Tel Aviv since February due to the COVID-19 outbreak — the longest he’s been in one country “since I was a student.”

And Cohen’s extensive efforts to bring about social change have not skipped over Israel. In 2013, he founded Social Finance Israel, which works with the Israeli government in establishing social impact bonds. The bonds created so far have aimed at preventing the onset of Type 2 diabetes and improving math education among Bedouin students.

“I wouldn’t say we’ve become the impact nation which I aspire for Israel to become,” Cohen said. “But we’ve made first steps on the road to becoming that.”

He has also been heavily involved in efforts to bridge peace in the region through economic projects. In 2003, he co-founded the Portland Trust, a nonprofit aimed at promoting peace between Israelis and Palestinians through economic measures. Today, he told JI, the trust is continuing to undertake major financial projects on both sides of the conflict.

“At the moment we’re very busy on the Palestinian side, helping the Palestinian economy develop a tech capability, often with the help of Israeli tech capitalists,” Cohen said. “The business community on both sides understands that we have to resolve this conflict. And we work with the business community. We are not a political organization, and we work on both sides, improving lives.”

“If we want Israel to be a stable country, then we need to look after the populations which have been left behind as prosperity moves forward,” he said. “The approach is to work on both sides, help develop the economy in ways that deliver real impact to the population.”

The recent U.S. peace plan developed by the Trump administration was split into two parts, an economic portion, unveiled last year, and a political plan, released in January. That division, Cohen said, was a helpful one, but at this point he has little hope for the plan’s future.

“By splitting them up, by putting the economic plan first, it got some attention,” he said. “The problem is that when the political plan emerged, the deal the Palestinians were offered was not sufficiently attractive for them to engage in serious conversations with Israel and the United States.” The situation now, Cohen said, is that “the economic plan has been left behind, and the part of the political plan that relates to Israel taking part of the West Bank is on the political agenda in Israel without the [Palestinian] statehood that the Trump plan offered.”

Cohen said that his extensive time in Israel has provided him with a unique perspective on the Jewish contribution to social philanthropy.

“The Jewish people throughout the world and here in Israel have been good at entrepreneurship and innovation, but also [at] being aware that we need to improve the world. ‘Tikkun olam’ is a part of our culture,” he said. “I think it’s a real privilege to be able to exchange views within our community to advance the impact movement. Because it is a way of bringing together the things that have made us successful in business and in other walks of life, to benefit people and planet.”