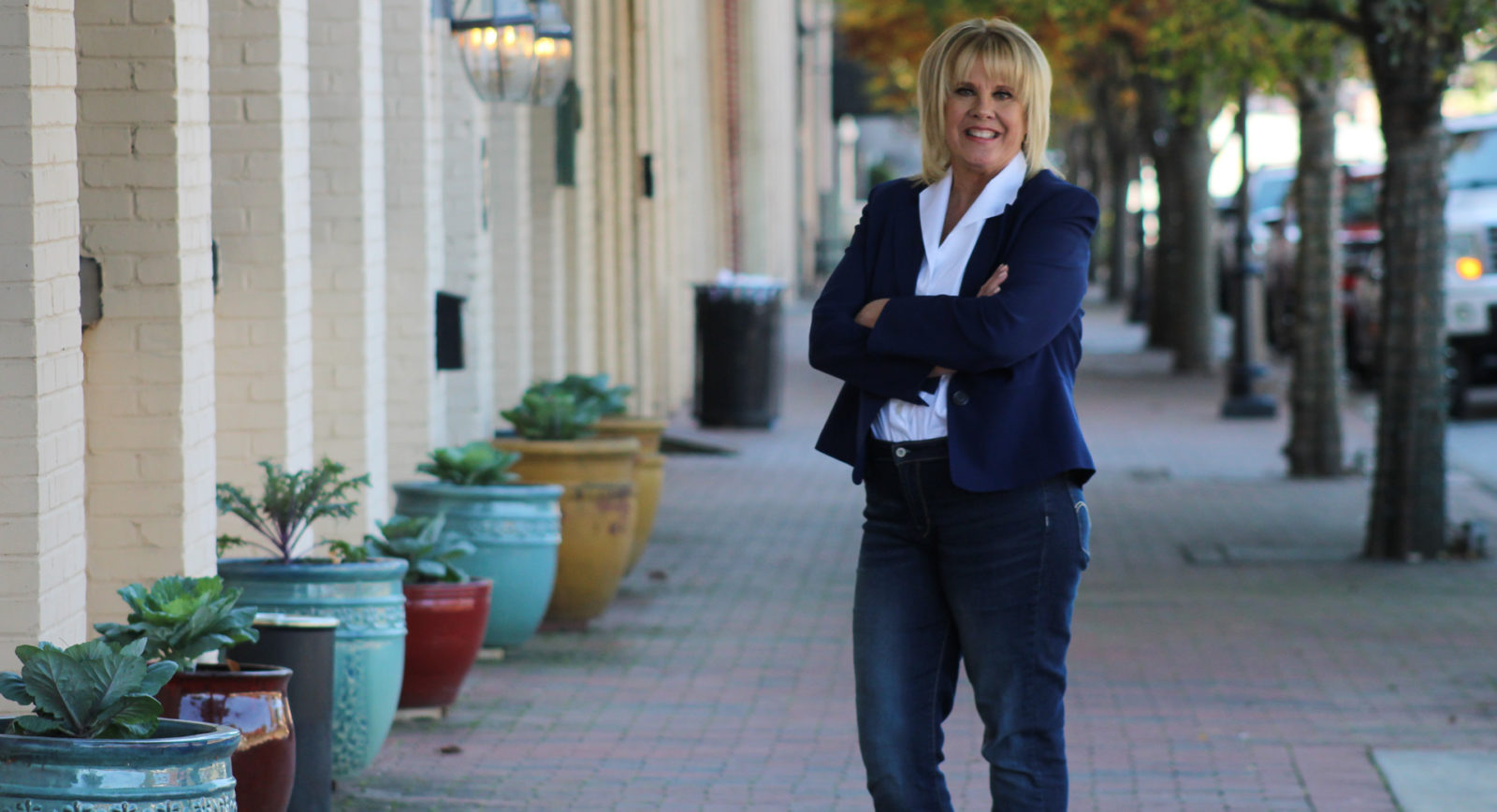 Renee Unterman sits in a rarefied position as one of just two Republican women in the Georgia State Senate — as well as its only Jewish member — though she contends that her standing as an outsider has nothing to do with gender or religion.

“I’ve pretty much always stood apart,” said the 66-year-old veteran politician, who is now running to succeed Republican Rep. Rob Woodall in the state’s 7th congressional district. “It has to do with the fact that I’m very outspoken.”

In recent years, Unterman has clashed with those on both sides of the aisle. The traditionally conservative state senator is infamous among liberal voters for having shepherded anti-abortion legislation known as the “heartbeat bill” into law. Last year, she butted heads with her own party when she was ousted from her position as chairwoman of the Senate Health and Human Services Committee after she failed to support Gov. Brian Kemp in his bid for office.

Unterman — who is used to acts of retaliation — takes it in stride. “The issues that I’ve taken on are issues that nobody else wants to deal with, and they’re out-of-the box issues,” she said. “That’s just my personality.”

She is competing in a crowded field as she goes up against six other Republicans in the 7th district’s June 9 open-seat primary, including former Home Depot executive Lynne Homrich and physician Rich McCormick.

But observers say Unterman is the frontrunner with the most name recognition in the district, which encompasses the suburbs of northern Atlanta. She leads the field in campaign donations, with more than $1 million in her war chest, according to the Federal Election Commission, having loaned herself about $600,000.

“I think Renee Unterman has the edge on the Republican side,” said Daniel P. Franklin, an associate professor emeritus of political science at Georgia State University. “Unterman is really very well-known and has had a very high profile in the Georgia state senate.”

He added that, given her record, Unterman would be able to garner the support of a sizable evangelical community in the district.

“She’s got the conservative bona fides,” agreed Amy Steigerwalt, a professor of political science at Georgia State University, adding that McCormick was also a possible contender.

If Unterman makes it to the general election in November, she will still have a tough race ahead of her. In 2018, Democratic candidate Carolyn Bourdeaux, a popular public policy professor, came within 433 votes of unseating Woodall in a district that has been shading purple thanks in part to a growing immigrant population. Bourdeaux is trying again this election season.

“I think Carolyn ran a good race,” Unterman acknowledged to Jewish Insider, while adding that she was confident she could take the seat. “This time is completely different,” she said. “I’ve already been campaigning for a year, and Woodall only campaigned for a couple of months.”

Unterman said she was asked to run after Woodall announced that he would retire at the end of his term, though she declined to disclose who in particular had solicited her. “They knew that I would be a hard worker and try to maintain [the seat] in Republican control,” she said.

As the coronavirus has ravaged the United States, her overriding focus now is on “reopening the economy” and on healthcare. Unterman avers that her background in health care — she is a former registered nurse — gives her an added benefit when it comes to addressing the pandemic. “It would come in handy,” she said.

Jeff Wice, executive director of the National Association of Jewish Legislators, of which Unterman is a member, praised the senator’s record.

“Senator Unterman has been an active member in the bipartisan National Association of Jewish Legislators and served on the national board for several years,” Wice told JI. “She is a very proactive leader in the social services community, bringing her experience as a nurse to the State Capitol. For several years, she was the co-chair of a national state legislative working group to fight hunger, traveling across the country to help find ways state governments can address malnutrition and hunger.”

Unterman, a native of the district who was raised Catholic, converted to Judaism when she got married in the 1980s.

“Whenever I do something, I do it all the way — I don’t do it halfway,” she said. “It took me a year for the conversion process. I went through the whole shpiel where you have to go before the three rabbis and do the 100 questions. I had a mikvah. It was very detailed and very meaningful for me.”

“That’s why I’ve remained Jewish,” said Unterman, who has since divorced her husband. She added that her belief in Judaism has helped her get through some of the hardest moments in her life, such as the suicide of her son. “I’ve had a lot of tragedy in my life,” she said. “And it’s only that faith that’s gotten me through.”

Unterman’s conversion also guides her views on Israel. Though she has never been there, she made clear that she is a die-hard supporter of the Jewish state.

“I’m very pro-Israel, and that’s one of the reasons I’m running for Congress,” Unterman said. “I very much support an independent nation and the ability to be free — and also to keep the dialogue and the economic support of Israel with the United States. And I think Trump is doing a good job with that.”

Unterman is also a strong supporter of President Donald Trump. Although she said she had not yet had the chance to read his peace proposal, Unterman praised Trump’s decision to relocate the U.S. Embassy to Jerusalem as well as his move to pull out of the Iran nuclear deal. “I support the administration,” she said, “and if it supports the government and the people of Israel, I support that.”

Unterman was circumspect when asked if she supports a two-state solution to the conflict. “I’m very much for Israel, and whatever keeps the autonomy and the best interests of Israel,” she said. “That’s all I’m interested in.”

“My personal experiences as a Jewish elected official in Georgia over the past 30 years have prepared me for this fight,” Unterman writes in her position paper. “I know the irrational hatred that Israel faces because I’ve faced much of it as well.”

Unterman is looking forward to a runoff election as she braces for the Repulican primary on Tuesday. “I’m expecting a good turnout on Election Day,” she said. “I think we’re going to have more in-person voting than what people anticipated.”

She believes she has the advantage come November. “That’s why I was chosen to run, because everybody knows I’m not afraid,” she said. “I’m not afraid of a fight.”