talk of the temple 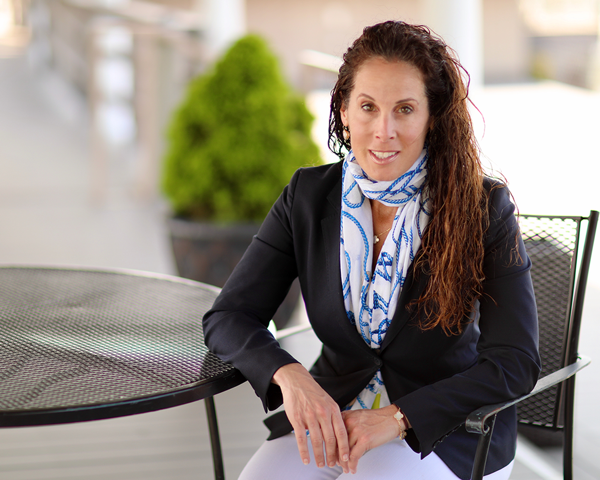 Streicker faces an uphill battle to win in Connecticut’s 3rd congressional district, which encompasses New Haven and its suburbs. DeLauro hasn’t faced a serious challenger in years — in 2018, she beat her opponent by an 30-point margin. And that’s precisely why Streicker thinks she’s cut out for the challenge.

“I think that the people of this district understand that it is ultimately very important to bring in fresh blood,” she said in a recent interview with Jewish Insider. “Someone who’s focused on economic matters and someone who is going to help achieve that for small businesses, and for all of the people here in Connecticut who want to work hard and help shape their own destiny.”

This idea of ushering in change is central to Streicker’s campaign, something she credits to her Jewish background. “There’s a theme that runs through Judaism of l’dor v’dor — from generation to generation,” she said. “We need to step up as leaders and offer to try and do better… I know without the shadow of a doubt that it’s time for new energy and new blood and new talent, new perspective in our Congress, and certainly here in [the] district.”

If elected, Streicker would also represent a new generation of Republican Jewish women in Congress. Only two have ever served: Rep. Florence Kahn (R-CA), from 1925 to 1937, and Rep. Bobbi Fiedler (R-CA), from 1981-1987. “I’m proud to be part of a growing movement that is reforming the Republican Party and showing that it is a varied and multi-ethnic and multi-viewpoint party,” Streicker said.

She’s one of several Republican Jewish women vying for a seat in Congress this election cycle, including Pennsylvania’s Lisa Scheller and Nevada’s Randi Reed. But both of them still have to win their GOP primaries, both slated for next month.

As the only Republican candidate in the 3rd district, Streicker picked up the Connecticut Republican Party’s endorsement in a virtual convention on May 13, allowing her to skip the August primary and focus on the general election.

A political neophyte, Streicker has been deeply involved with the Jewish community as a trustee of New York City’s Temple Emanu-El and the Jewish Museum. She’s worked closely with the synagogue’s Streicker Center — funded by a donation from her family — to help organize events and lectures. At both institutions, she said, she has worked to modernize and make “them more accessible and relevant to people of all backgrounds.”

Streicker hopes to bring the same spirit of “hearing and helping others” to Congress, with a focus on improving and rebuilding the economy and addressing health care affordability. She hopes to be considered for coveted spots on the House Ways and Means and Appropriations committees if elected — a high aspiration for a freshman representative. DeLauro herself is hoping to take over for retiring Rep. Nita Lowey (D-NY) as chair of the Appropriations committee.

The candidate called herself a staunch supporter of Israel.“History has proven that it is necessary for the U.S. to remain committed to Israel and have good relationships,” she told JI. Like an increasing number of Republicans, Streicker fell short of saying she supports a two-state solution — she backs “whatever Israel supports,” and isn’t in favor of restoring aid to the Palestinian Authority.

Streicker views antisemitism as an increasing problem both in the U.S. and abroad, and sees anti-Zionism and antisemitism as one and the same. “It has been proven Jews need a homeland. This is their only place. To negate the right for Israel to exist is a huge problem at this point,” she explained.

Without naming specific legislators, she criticized what she sees as antisemitism among some members of Congress. Streicker was also critical of a House resolution condemning antisemitism, which was watered down before being adopted last year.

But in her interview with JI, Streicker was more eager to focus on the economy and domestic issues than Israel and foreign policy.

The founder of several successful real estate companies — which have faced some legal troubles in the past and pulled out of New York last year in response to new regulations — Streicker hopes to leverage her business experience to boost Connecticut’s economy and bring jobs into the state.

Amid the coronavirus pandemic, Streicker said she wants to see the economy reopen quickly. “The ongoing emphasis has to be on rebuilding our economy and making sure that the cure isn’t worse than the disease,” she said, echoing a phrase frequently used by President Donald Trump and other administration officials.

She added that coronavirus response measures should have been more “surgical” and less broad. Now, she suggested, high-risk individuals should continue to isolate, and small businesses must reopen “before we effectively lose a generation of entrepreneurs.”

Streicker’s run is being watched by some outside the district. “It’s great that she won the nomination and we’re excited that we have a strong slate of Jewish Republican candidates running,” Republican Jewish Coalition executive director Matt Brooks told JI. “We’re very proud that a good number of them are women.”

Brooks added that her “history of success in the professional world” provides a “striking contrast with DeLauro.” While Brooks predicted that the race “may end up surprising a few people,” the RJC is holding off on putting money behind Streicker until it’s clear she’ll be competitive, reflecting the tough odds she faces in November.