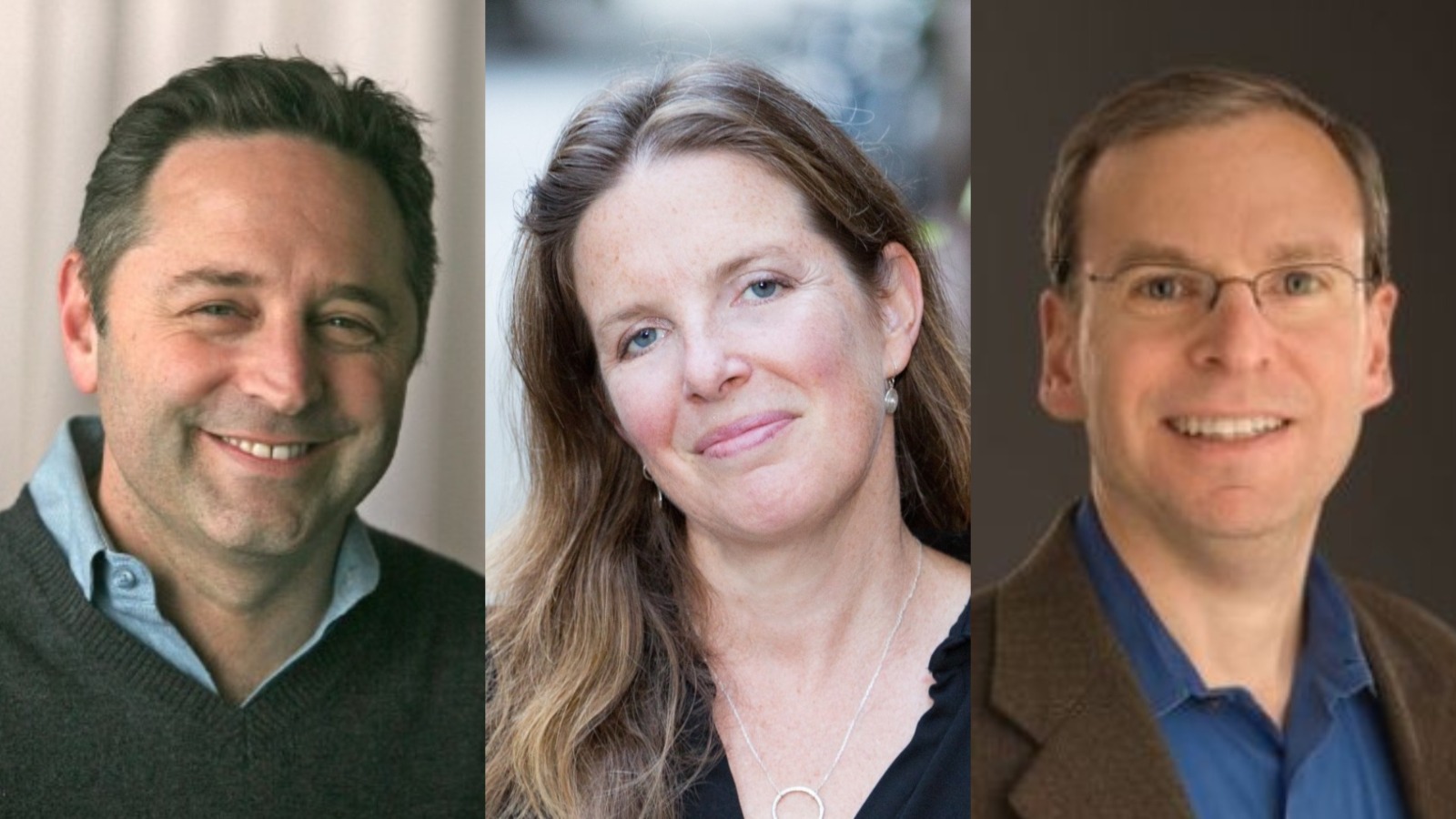 As the coronavirus pandemic paralyzes the economy, non-profits are cutting back staff and programming amid concerns over spending and fundraising

Despite last month’s passage of a stimulus bill from the federal government with specific provisions to aid non-profit organizations, the economic fallout from the COVID-19 pandemic has left Jewish community leaders around the country concerned for the survival of their organizations.

“The future for Jewish non-profits is very scary because it’s a perfect storm,” said Felicia Herman, executive director of The Natan Fund, a Jewish giving circle that includes about 70 households and distributes close to $1,000,000 per year. “It’s the inability to deliver programs, inability to earn revenue, donors worried about their own position and institutional foundations whose endowments have decreased. Every single way you bring in money is imperiled.”

In a recent meeting, Herman said, a foundation leader likened the crisis to a catastrophic weather event, saying that “if the COVID-19 health crisis is an earthquake, then the economic crisis is the tsunami that follows the earthquake. The tsunami rolls in after it and covers everything.”

As concerns over the pandemic pushed state governments to begin imposing restrictions to slow the spread of the virus last month, 19 major Jewish foundations issued a statement pledging to maintain funding to grantees through the crisis. Between them, these foundations fund thousands of grantee organizations and projects that are the lifeblood of the American Jewish community.

“We’re waiting to see how the CARES Act provision for non-profits plays out. If organizations can recoup resources through payroll provisions, it’s a 90-day stopgap,” said Aaron Dorfman, president of the Lippman Kanfer Foundation for Living Torah, which signed on to the Jewish funders’ promise.

There are approximately 9,500 Jewish non-profit organizations in the U.S., according to Leading Edge, the Jewish nonprofit advisory group, varying widely in mission, structure and funding sources. Groups that rely on fees for services, like Jewish community centers, are among the hardest hit so far.

Since they depend on income from their nursery schools, camps, gym facilities and adult education programs, JCCs have already suffered massive layoffs. UJA-Federation of New York recently announced $10 million in interest-free loans and grants to the 22 JCCs in New York City, Westchester and Long Island to help them weather the crisis even as facilities remain empty. More than 700 employees at four San Francisco-area JCCs have been temporarily laid off, as have nearly all the 178 employees of the Kaiserman JCC in suburban Philadelphia. Earlier this month, the JCC Association put out a call for Jewish foundations to provide its 164 JCCs across the U.S. with $1 billion in no- or low-interest loans to get them through the crisis.

Some organizations, which rely on annual fundraising events, are concerned the money may not come in this year.

The Zionist Organization of America is seeing its fundraising sink and Mort Klein, its national president, is worried about the group’s annual benefit dinner, scheduled for December in New York City, the epicenter of the crisis in the U.S.

By this point in previous years, Klein said, several tables would have already been sold. Klein told JI he’s struggled to confirm honorees for the annual event. “They don’t feel confident that they will be able to raise money and they think there will be a much lesser crowd, that people will be afraid to go to a big dinner in Times Square,” he said. “These people would have said yes to me, and now they’re holding off. Now they say, ‘Call me in a few months.’”

ZOA employs more than two dozen people. Now, Klein predicts, layoffs are likely. “We’ve had a number of meetings about cutting costs in every aspect of our operation. We’re looking very carefully at every employee and asking who is essential and who can we do without. There may be reduction in staff. We’re waiting until after Passover. We want people to enjoy their Passover. But we realize we better do what we can to contain costs.”

“I’ve seen many of the people who help us want to hold off and see what happens, as opposed to helping us now. They are saying ‘maybe later in the year,’ where they used to help us early in the year,” he told JI.

“The stock market is in such disarray that we don’t know how it’s going to behave,” said Karen Paul, the head of Catalyzing Philanthropy, a Takoma Park, Maryland-based boutique consulting firm that services both non-profits and donors. That disarray leads to donor uncertainty. “Mid-level donors may sit on their donor-advised funds. There’s just no telling,” she said.

Hands of Peace, an organization that brings around 90 American Jewish, Israeli and Palestinian teenagers together in dialogue in two American cities each summer, has been led for the past four years by Rick Rosenfeld. In late March, the group — which has an annual budget of about $1 million — cancelled this year’s programs and Rosenfeld stepped down. Its benefits, slated to take place in its base cities of Chicago and San Diego, have turned into online fundraisers. Because of the pandemic, Rosenfeld told JI, the 18-year-old organization “is taking a gap year.”

Some groups have imposed furloughs and salary cuts to try to avoid layoffs.

The New Israel Fund has furloughed more than half its Israel-based staff for two months, and cut the salaries of all its U.S. employees in April and May in an effort to stave off layoffs. Like most nonprofit organizations, NIF is anticipating a precipitous dive in fundraising as the economic consequences of the pandemic take a toll.

NIF CEO Daniel Sokatch told JI that the organization has divided staff into tiers based on seniority, with the top level taking a 40% pay cut, followed by salary cuts of 30%, 25% and 20% for employees at lower levels of seniority. He described the cuts as “rolling furloughs,” noting that each employee will take time off equivalent to their pay cut. “That amortizes the pain,” he said. NIF will re-evaluate its approach at the end of May. The organization has applied for the new, forgivable federal loans made available by the Small Business Association, part of the $350 billion included in the recently passed stimulus package. “We hope that any funds received… will help enable us to bring staff back up to full capacity.”

The commitment letter from major Jewish foundations is, at least in the short term, reassuring to the Jewish non-profits that depend primarily on foundation support. But for the non-profits whose income comes largely from individual donors, executives are concerned.

As much as 90% of donations to J Street come from individuals rather than foundations, Jeremy Ben-Ami, the organization’s president, told JI.

J Street is trying to get donors to contribute by June 30th, rather than by the end of December, when many non-profit organizations typically see their annual gifts come in. J Street’s planned 2020 budget of $9 million has already been trimmed by about $1 million because there is no travel for meetings or paying speakers, Ben-Ami told JI. The group’s annual National Leadership Summit in May has been cancelled, as have several educational trips to Israel in the coming months. Ben-Ami said he is seeing where else the budget can be trimmed in order to avoid layoffs.

“I lived through [the recession of] 2008 and there will be a reduction” in donations, Ben-Ami said. “We’re headed into real economic challenge and people individually are seeing their personal wealth erased, and everybody knows people who are uncertain about their employment,” he said, adding, there will be “a significant decline” in fundraising.

One-third of NIF’s funding comes from people who give under $10,000, said Sokatch. When people are watching their wealth “vanish and reappear and vanish again” as the stock market dives and rises, they are uneasy making charitable donations, he said. “We’ve already encountered a pretty precipitous drop in people making donations.”

Some groups center their fundraising appeals on Passover.

Just under one quarter of HIAS’s annual fundraising generally comes around Passover, but this year, said Miriam Feffer, the organization’s vice president for development, the historic immigrant aid organization is preparing for that not to happen. “Passover has been a real tent pole moment for us” in fundraising, Feffer said, because of “the obvious parallels between the Passover story and the refugees and asylum-seekers we help.”

HIAS had planned a 2020 budget of $70 to $80 million, Feffer said, roughly one-third of which comes from individual giving, foundations and Jewish federations. Now “we’re in a position where we’re reevaluating,” she said. “We have questions about where private giving is going.”

HIAS’s work is on the ground aiding asylum seekers and refugees in 16 countries, and it is currently re-directing $10-12 million — “a dollar number which will definitely increase in the coming weeks,” according to Feffer — toward virus protection and immediate cash aid for both staffers and those they help, she said.

T’ruah: The Rabbinic Call for Human Rights is another Jewish group with major fundraising centered around Passover. One-third of its fundraising comes from foundations and about two-thirds of its $1.7 million budget comes from individual donors, said Rabbi Jill Jacobs, T’ruah’s executive director. Half of donations from individuals come in gifts of under $5,000, she said, describing it as “an accumulation of a lot of smaller gifts.”

“Everybody [in the non-profit field] is nervous. The question is both about this year and even more so about next year if there’s a global recession,” Jacobs said. Memories of the economic crisis of 2008 “are still out there, of how foundations and individuals pulled back and organizations were forced to close, merge or reduce their work,” she said. “The test will be what happens in our Pesach fundraising. We’ll see what happens in the next couple of weeks.”

Wayne Firestone, the executive director of the America-Israel Friendship League (AIFL) and former CEO of Hillel International, told JI that pressure on non-profits may lead to joint ventures by necessity. “I’m seeing the potential for more partnerships and consolidations. People need to work together, because they won’t have as much capacity” after the full economic impact of the pandemic is felt, Firestone told JI. “The big opportunity that might evolve may include joint fundraising appeals as well.”

AIFL is a small organization, with a budget this year of $1.5 million and a staff of 10 split between New York and Tel Aviv. It has already cancelled some of its trips, which bring faith leaders, politicians and business leaders to Israel. Firestone said his organization is “leaning into providing programming rather than fundraising” at the moment and has put fundraising efforts “on hold.”

“I’m 100% sure there are Jewish non-profits that won’t survive this,” The Natan Fund’s Herman told JI. “It’s not a sector that can withstand economic hardship. How many non-profits have endowments or cash reserves? What we’ve learned in the last few weeks is that the financial model of restaurants are the same for non-profits. They don’t generally have cash cushions” to see them through major drops in funding. “Donors have not been educated about the need for cash reserves. Maybe now they will be.”

If the current economic crisis goes on long enough, “it will force mergers,” Herman said. “It will enable a tremendous amount of innovation. It will unleash a huge amount of creativity.”