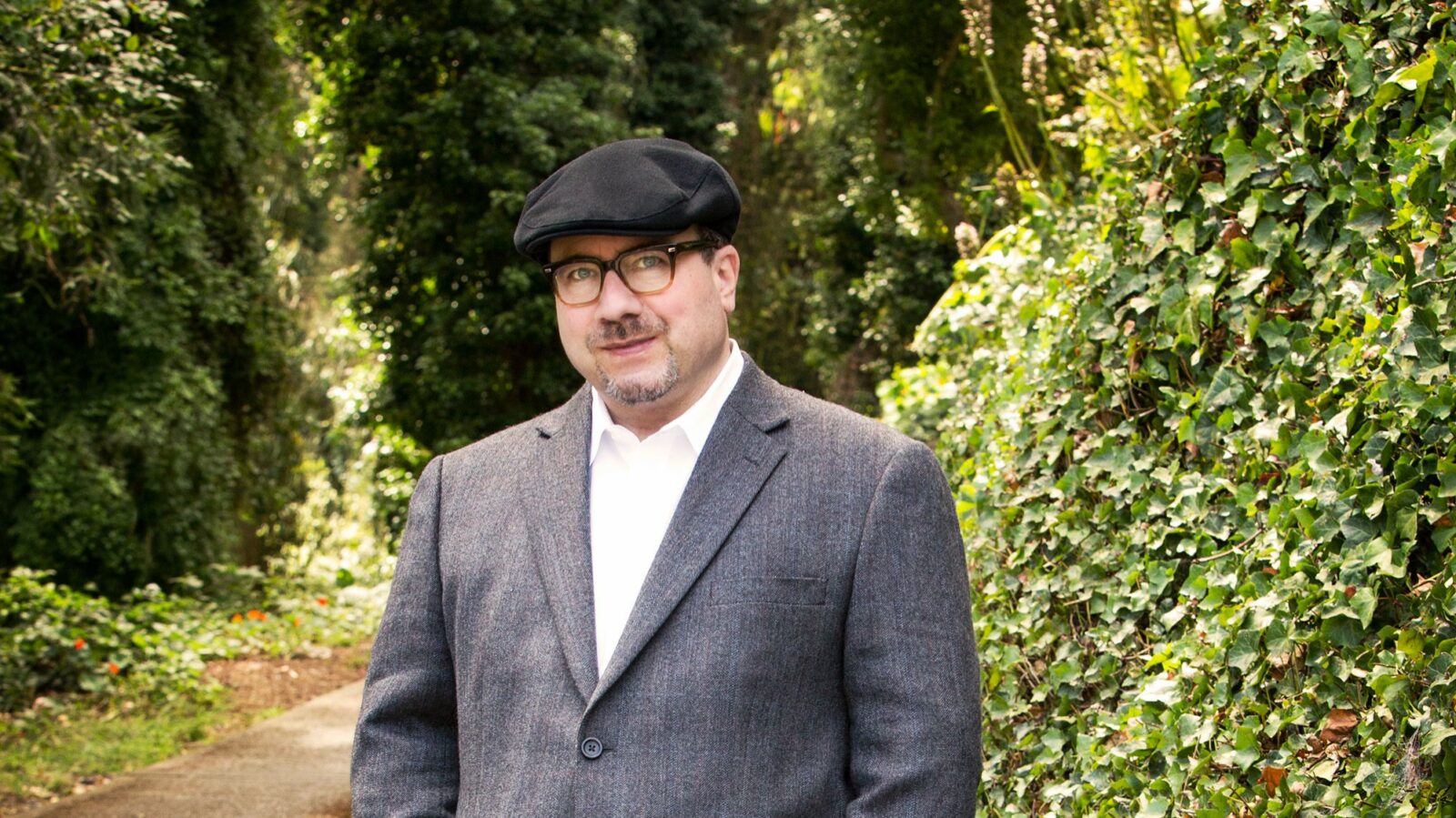 The show, based on the acclaimed novel by Philip Roth, presents a frightening alternate history in which the aviator Charles Lindbergh is elected president of the United States in 1940 on an openly antisemitic platform.

“It’s gotten me kind of upset,” said Newmark, the 67-year-old founder of Craigslist, who now operates as a full-time philanthropist as he seeks to give away a sizable portion of his estimated $1.3 billion net worth.

As the coronavirus pandemic rages, Newmark is worried about, among other things, minority groups including Jewish and Asian Americans, who have been blamed for spreading the disease. That’s one reason he is set to announce a new, two-year grant of $1 million to support the Anti-Defamation League in an effort to help the organization expose online antisemitism and bigotry.

“How do we better understand it and counter it?” Newmark said in a recent Zoom call with Jewish Insider from his home in San Francisco, where he is self-isolating with his wife, Eileen Whelpley.

Newmark appears to be thriving in self-isolation, though the pandemic did take him by surprise. “The only advance information I had on it was science fiction,” he said. “I am a 1950s-style nerd, so I’ve been reading science fiction all my life.”

While he hasn’t been actively involved with Craigslist for 21 years, Newmark is still keeping plenty busy. The ADL donation is just one of Newmark’s many recent charitable contributions — all of which, he says, are informed by a sense of Jewish values and justice instilled in him since childhood. Two local educators in particular, Rafael and Rachel Levin, were influential to Newmark as a boy who spent his Sundays at the Morristown Jewish Center in North Jersey.

“They taught me that you want to treat people like you’d want to be treated,” Newmark said. “You want to know when enough is enough, which is why I didn’t monetize Craigslist significantly. And there’s this ninth commandment thing, which speaks directly to information warfare and disinformation in particular. Later on, they helped me understand something called tikkun olam.”

Newmark has those lessons in mind as he works to help out the news industry. His support feels genuine, even as his website has been credited with upending the media’s longstanding but now virtually obsolete business model by siphoning away what was once valuable classified advertising revenue — an accusation that he regards as a spurious bit of misinformation.

“I’m worried about the news industry,” he said.

“He believes media is the pillar of democracy, and he believes passionately in democracy,” Sylvia Paull, a tech and media strategist who has known Newmark for decades, told JI in an email. “Craigslist epitomizes the democracy of the marketplace, which is why Craig started it, not to destroy media as some have claimed. However, Craigslist did cause media to change its revenue model, from relying on advertising to relying on subscriptions and philanthropy, so Craig is merely channeling his revenues from Craigslist to media.”

“I like to say a trustworthy press is the immune system of democracy,” Newmark said.

Through his private foundation, Craig Newmark Philanthropies, he has made significant contributions to a wide variety of outlets and institutions. In perhaps his most high-profile donation, Newmark gave $20 million in 2018 to CUNY’s Graduate School of Journalism, which now bears his name.

“Sometimes something will be named after me, which makes the whole effort more effective,” Newmark told JI in the wryly amused monotone that defines his conversational style. “There’s the Craig Newmark Memorial Restroom No. 3 at Wikipedia headquarters. For me, the hilarious thing is that Wikipedia headquarters is literally around the block, a three-minute walk from Craigslist headquarters.”

Had he used the bathroom? There was a pause. “Maybe twice,” he guessed.

There are smaller niche and community publications that have benefited from Newmark’s largesse, too, such as The Forward, to which he gave $500,000, and J. The Jewish News of Northern California, which received a $100,000 donation from him earlier this month.

“It really does give us the breathing room to be able to do our work,” J. publisher Steve Gellman told JI of Newmark’s contribution. “And with advertising revenue down, community support has become absolutely essential to us.”

Newmark is an avid reader of the Jewish press. “It reminds me of who I am and what I should do,” he said. “It reminds me that in times of crisis, everyone of good conscience needs to stand up.”

He has donated to several nonprofit newsrooms, such as ProPublica and The City, which covers New York, where Newmark recently bought an apartment in the West Village.

“He clearly, on every level, understands how important local news is,” said John Wotowicz, publisher of The City. “He clearly understands the difference between casually reported local news and real reporting of local news.”

At the local level, Newmark has also recently made donations outside the journalism world. He is worried, for example, about the fate of comedy clubs in New York, and told JI that he had made modest donations to some of their GoFundMe pages. “I’m in over my head there,” he said, “but I don’t want them to go away.”

“A problem that I genuinely have,” Newmark said, “is that I’m now doing so much that I’ve lost track of when and where things are going to be announced.”

Another announcement he shared with JI: Newmark recently donated around $170,000 to the American Press Institute, according to Tom Rosentsteil, the nonprofit’s executive director. The money allows API to produce a kind of digital dashboard that will help 60 news organizations analyze their election coverage so they can meaningfully identify gaps in reporting. The dashboard will be available in July.

Newmark has been making efforts to ensure that the news industry is well-equipped to report on the upcoming presidential election, which he worries will be clouded by disinformation, much like it was in 2016.

“It’s imperative that we have a broad array of trustworthy news institutions, especially with an election coming up,” he said.

“My focus is on listening to people who know the business,” said Newmark, whose media diet consists of, among other things, a variety of morning newsletters, including those from Axios, Politico, Protocol and — ahem — Jewish Insider.

He is a big fan, in particular, of Gothamist’s work in “vermin journalism,” he quipped. “Because I’m a big supporter of pizza rat and Mandarin duck.”

Recently, Newmark has gotten into birding. “Normally my deal with the birds is that I put out food and water and they come in order to be watched by me,” he said. “That works. We now have a nice raven family hanging around. And twice this past week the wild parrots have shown up. Mostly they hang around and just mock my wife and myself.”

To date, Newmark estimates that he has donated more than 50% of his fortune, though a lot of it is pending in his foundation and in donor-advised funds.

That isn’t to say he lives a completely abstemious lifestyle. “I do enjoy my little luxuries,” he said, tongue slightly in cheek. “For example, I buy all the books I want. I have a record-high incoming queue, about 15 books, that may last me into June.”

He reads everything on his phone. At the moment, he said, he is enjoying Active Measures: The Secret History of Disinformation and Political Warfare, a new book by Thomas Rid.

Newmark is perhaps more well-adjusted to self-isolation than others. “I’ve been working from home, increasingly, for 25 years,” he said. “Frankly, the birds showing up adds a little something.”

His phone rang at a couple of points throughout the conversation. The ringtone was “Let It Go,” from Frozen. “I have 22 nieces and nephews and they are fairly unanimous that I need to learn that song,” he said.

Recently, he has been listening to Leonard Cohen, whom Newmark describes as his “primary rabbi.” He mentioned the haunting song “You Want it Darker,” released in 2016, the year Cohen died.

“There’s a lot to unpack there, and my wisdom is very limited,” Newmark said. “There may be some, but it’s hard to find — that is, hard to find my own.”

Assessing his philanthropic work, Newmark was equally self-deprecating. “I’m punching far above my weight,” he mused, “and that means I’m doing a great deal right now, because we do have a national crisis — even before the pandemic — and people have to stand up and do the tikkun olam thing.”