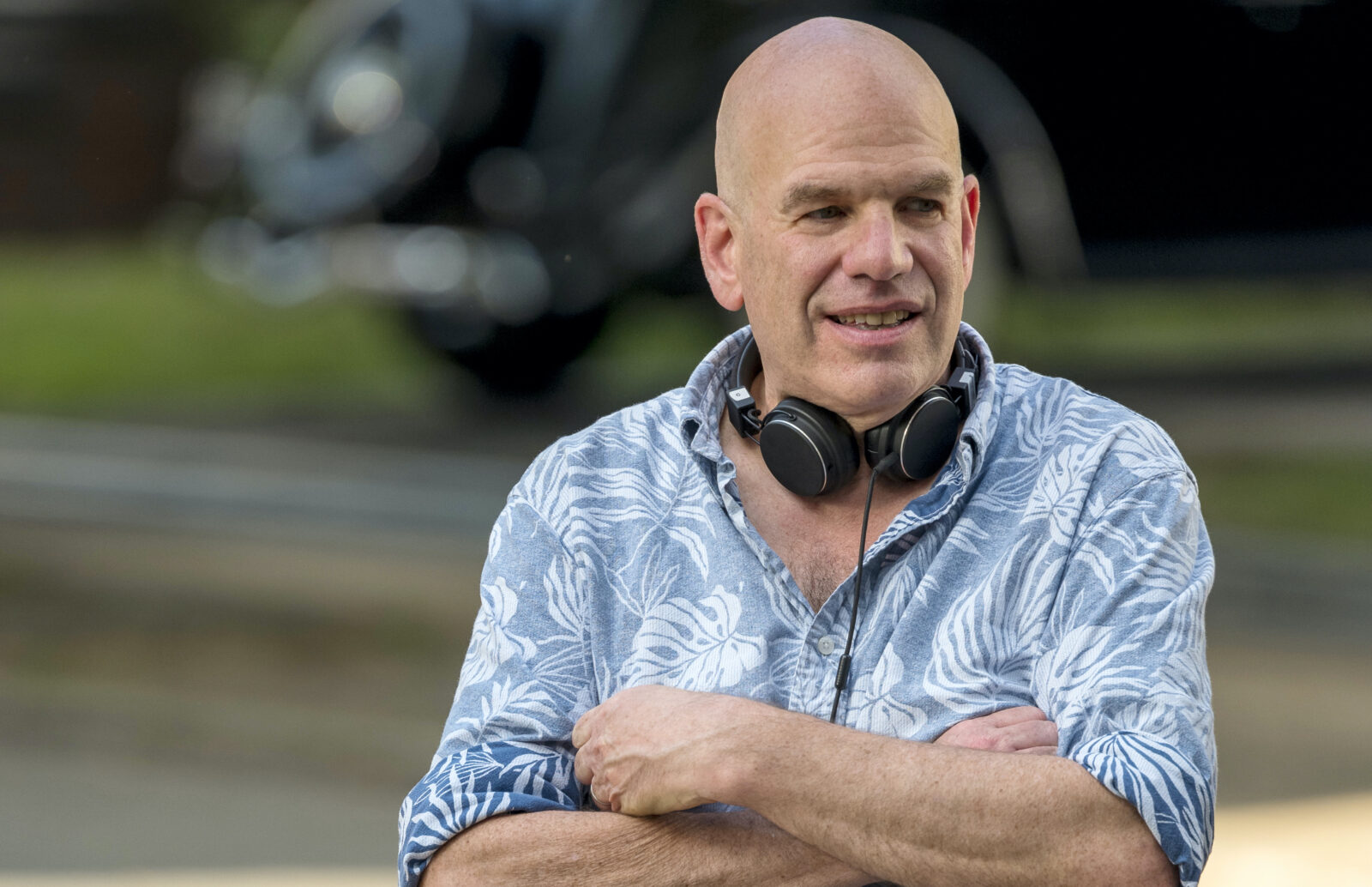 Until recently, actor Morgan Spector had never thought of David Simon as a particularly Jewish writer. “I thought of him as this sort of tough, ex-journalist Baltimore guy,” he said of the renowned TV writer who worked as a police reporter for The Baltimore Sun before going on to create the hit show “The Wire.”

“Not that that’s incongruous with being Jewish, but it just wasn’t part of his identity as far as I was aware.”

That impression changed when Spector took on a starring role in “The Plot Against America,” Simon’s adaptation of the Philip Roth novel in which a Nazi-sympathizing Charles Lindbergh is elected president in 1940 — a story refracted through the plight of a tight-knit Jewish family in Newark. In encounters with his boss on set, Spector was amused to discover that Simon was in touch with his roots as he riffed on Yiddishkeit and recounted family anecdotes.

“It was fascinating,” Spector told Jewish Insider, “to find out that that was so much a part of who he is.”

Fans of Simon’s work — including “Treme” and “The Deuce” — may also be surprised that the writer’s Ashkenazi heritage plays a central role in his identity. But in a recent conversation with JI, Simon said that he has never tried to obscure the fact that he is Jewish. The opportunity to write a universe of Jewish characters, he explained, had simply never presented itself.

“Suddenly, I was writing things that reminded me of my father or my mother or my grandparents or extended relatives,” Simon recalled in a phone interview, adding that he borrowed some lines from them while he worked on the script. “There was a lot of dinnertime table conversation I could access.”

That’s not to say Simon hasn’t written Jewish characters before. Maurice Levy, the corrupt drug lawyer in “The Wire” — the acclaimed HBO crime drama that premiered in 2002 and ran for six seasons — represents a composite of the defense attorneys Simon observed as a reporter in the ’80s and ’90s. At least two other characters in “The Wire,” Rhonda Pearlman and Jay Landsman, are also Jewish.

But they are exceptions, and with “Plot” — which premiered on HBO in mid-March and stars Winona Ryder, John Turturro and Zoe Kazan — Simon was able to tap into his Jewish past in a more personal and somewhat more sentimental manner.

For example, he used his own family photographs on set (as did Ryder, whose father is Jewish). “I liked that, every now and then, an actor would turn a corner and I would see my grandmother or my great uncle or something in a shot,” Simon said. “Or my father as a kid.”

His father, Bernard, who died in 2010, was a longtime public relations director for B’nai B’rith International, and before that worked for the Anti-Defamation League and the Jewish Telegraphic Agency.

Simon grew up in a mostly secular household in the Maryland suburb of Silver Spring, though he had a bar mitzvah and developed a familiarity with the liturgy. “I read all the stuff you were supposed to read when you’re getting a Jewish education,” he said, name-dropping Maimonides’ The Guide for the Perplexed.

He still isn’t particularly observant. Simon, who is 60, doesn’t keep kosher and — like many American Jews — only goes to shul about once a year, on Yom Kippur. Nevertheless, he expressed a reverence for the tradition even if he is reluctant to uphold it.

He also doesn’t keep Shabbat but said he regrets not doing so because it would be a welcome opportunity to slow things down. He doesn’t believe in God or in chosenness. “I think you’re allowed not to believe in those things and still be Jewish,” Simon told JI.

Though Simon has never been to Israel, he has several relatives who live there and plans to go at some point. “I have tried to schedule it and I’ve never quite pulled it off,” he said. “It’s kind of embarrassing at this point. I keep getting yearly invitations from cousins on my father’s side.”

He qualified this remark by adding that, in spite of his intention to visit, he is very much opposed to Israeli Prime Minister Benjamin Netanyahu — who, Simon alleged, has marginalized Arab-Israelis as “second-class citizens” and represents an “incredibly destructive force in Jewish life.”

“When I was growing up, the thing that they told all the Jewish kids sort of as a matter of education was that the Palestinians and the Arabs as a whole never missed an opportunity to miss an opportunity to make peace,” Simon said. “I would say that now applies to Israelis in every fundamental way. And I think in some respects anybody who’s Jewish who isn’t saying these hard, hard truths to the Israeli government is doing Israel a disservice.”

Simon said that he does not support the Boycott, Divestment and Sanctions movement, known as BDS. But, he added, if the Israeli government proves that it is incapable of working on a two-state solution to the Israeli-Palestinian conflict as well as providing a “legitimate outlet for Palestinian nationalism,” he told JI, “I think BDS becomes more and more plausible as a response with every passing day.”

Simon told JI that he has been invited to a couple of film festivals in Israel. If he ever goes, he said, he plans to schedule his trip to coincide with an appearance at a film festival in the West Bank — “as a means of speaking to what I think has gone wrong.”

Simon has never pulled his punches — just look at his lively Twitter feed — and he took a parting shot at Netanyahu as the discussion veered back to TV, telling JI he believed there was a “precise parallel” between Lindbergh’s demagoguery and Netanyahu’s approach to politics.

But his main target with “Plot” is President Donald Trump. “The book,” he said, “is astonishing in its parallels to our current political moment.”

Roth — who died in 2018 — never intended for the book, which came out in 2004 during the Bush presidency, to exist as any sort of commentary on the present. Yet Simon believes it is remarkably prescient in light of Trump’s rhetoric and policies, which have targeted immigrants and minorities.

Simon said that he was disturbed — though not surprised — that antisemitic attacks have been on the rise in the U.S. and around the globe. “When any demagogue activates the top totalitarian impulse, that train is never late,” he said. “Jew-hating always goes along with any rise in intolerance. It’s a perennial.”

But he made sure to clarify that he didn’t really have antisemitism in mind when he wrote the show with his longtime writing partner Ed Burns. “In this country, at least, the cohorts that are made vulnerable by accessing that kind of hate are people with black and brown skin and immigrants and Muslims.”

Simon mentioned that he had seen stories in the Jewish press that sought to evaluate the show “in terms of whether or not Trump is a friend of the Jews.” That, he said, was to miss the point entirely.

“The idea that the allegorical reference to who is being targeted right now eludes a Jewish writer would be, to me, embarrassing,” he said in the righteously indignant manner that has come to define his public persona. “We’re supposed to notice when some vulnerable cohort is being othered.”