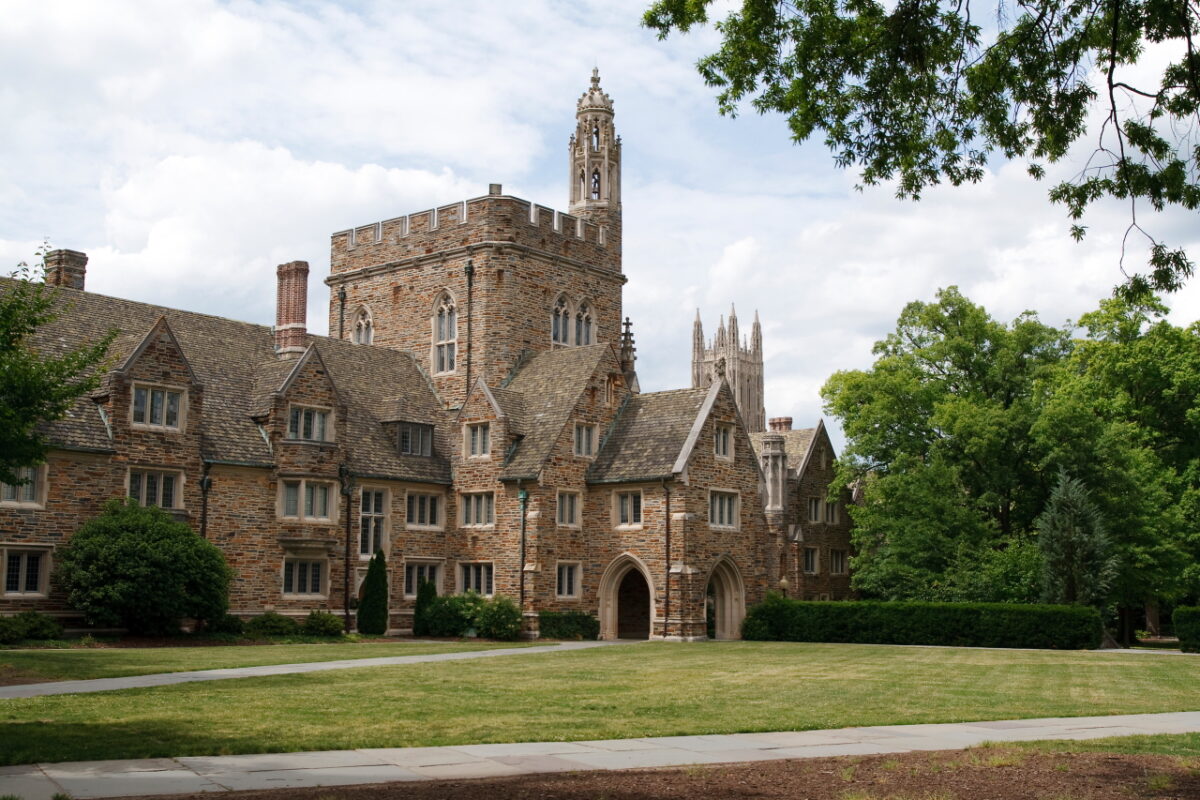 The U.S. Department of Education blasted a joint Middle Eastern studies program between the University of North Carolina and Duke University for providing a biased curriculum to students. The department ordered UNC’s vice chancellor for research to provide an updated curriculum for the Duke-UNC Consortium for Middle East Studies (CEMS) in order for the program to retain its federal funding.

Written warning: The letter, sent by Department of Education Assistant Secretary for Postsecondary Education Robert King, warned that the school was potentially in violation of Title VI of the Higher Education Act of 1965. “Congress authorizes grants to protect the security, stability, and economic vitality of the United States by teaching American students the foreign languages and cultural competencies required to develop a pool of experts to meet our national needs,” he wrote.

Uneven emphasis: The letter flagged several areas of concern about the consortium, noting that the Duke-UNC CEMS curriculum “lack[s] balance as it offers very few, if any, programs focused on the historic discrimination faced by, and current circumstances of, religious minorities in the Middle East.” King flags the “considerable emphasis placed on the understanding the positive aspects of Islam, while there is an absolute absence of any similar focus on the positive aspects of Christianity, Judaism, or any other religion or belief system in the Middle East.”

Weighing in: Alyza Lewin, president of the Louis D. Brandeis Center for Human Rights Under Law, tells Jewish Insider: “Title VI of the Higher Education Act (HEA) was enacted in 1965 to fund academic programs that would benefit national security by teaching students a foreign language, instructing them on international affairs, providing them with a comprehensive understanding of foreign countries, and training students for future roles in government or national security. For years, however, many university area studies programs [called National Resource Centers or NRCs] have misused these funds; as Middle Eastern Studies Centers, in particular, have become havens of biased, anti-American and anti-Israel propaganda.”

Lewin said that the DOE’s letter “suggests that the Department is at long last seriously reviewing the NRCs that receive Title VI funding and working to ensure that these federally funded programs advance the HEA’s national security goals.” The DOE demand “sends a loud and clear message to other federally funded NRCs that before they re-apply for Title VI funding, they had better be certain their programs are balanced and promote national security interests as the Higher Education Act requires.”

Background: The Duke-UNC program came under fire in the spring for a conference titled “Conflict Over Gaza: People, Politics, and Possibilities.” Reports indicate that both participants and speakers made antisemitic and anti-Israel remarks — with some of those remarks captured on film. During a performance by Palestinian rapper Tamer Nafar, the artist told the crowd, “I can’t be antisemitic alone, try it with me together” and “Think of Mel Gibson. Go that antisemitic.”

While King’s letter makes no mention of the conference, the inquiry began after Rep. George Holding (R-NC) sent a letter to Secretary of Education Betsy DeVos in April calling for a federal investigation into the program.

What’s next? The Department of Education has given UNC until Sunday to respond with a plan and timeline for bringing the program into compliance with existing laws.