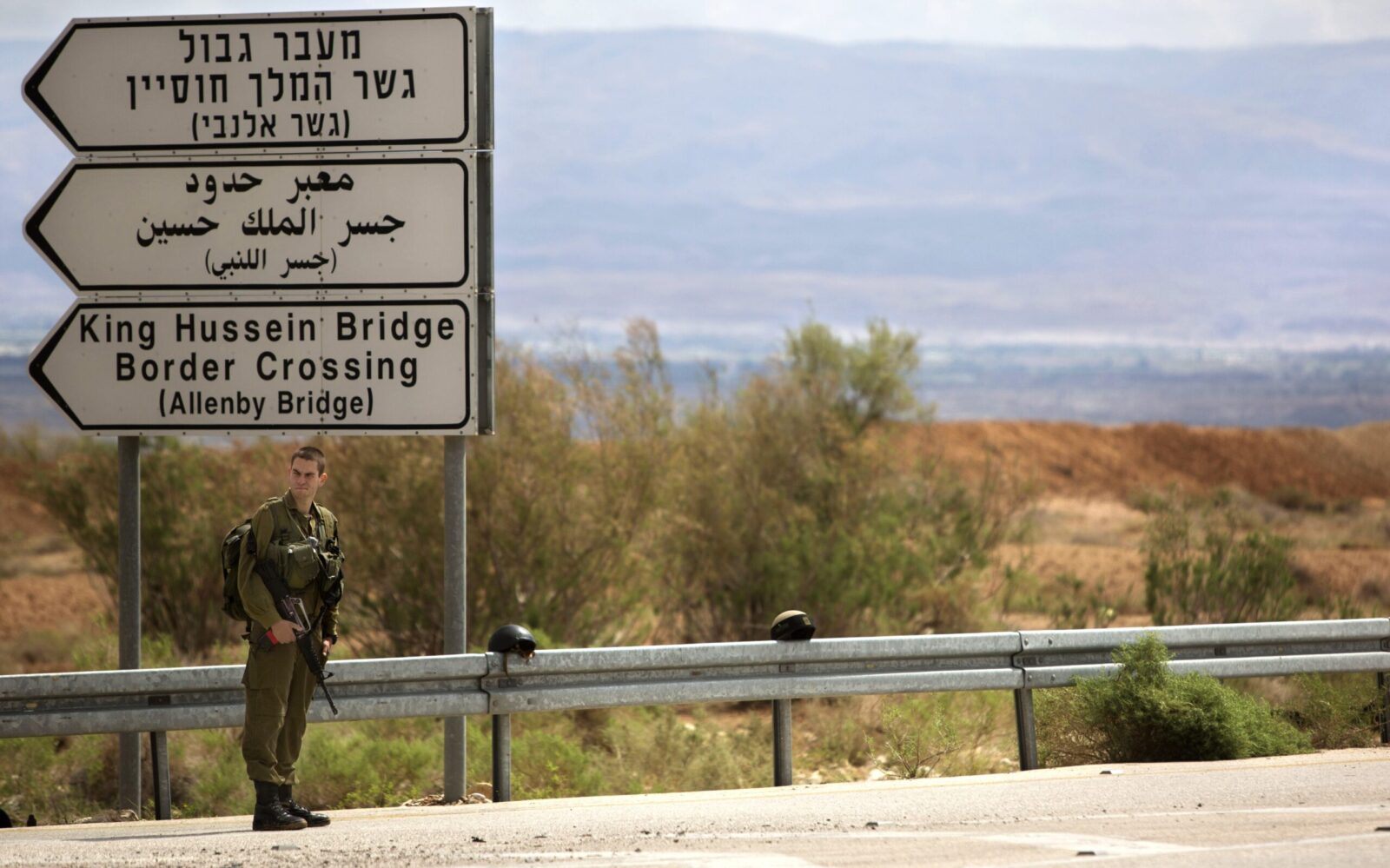 With Israel committed to expanding hours at its border crossing with Jordan, an upgrade is next

JORDAN VALLEY – It’s a weekday morning in early January and the Allenby Bridge Border Terminal is relatively quiet. A parade of heavily loaded trucks heads toward Jordan via the cargo side of the crossing, while a handful of buses and taxis ferry waiting travelers with oversized bags and suitcases to and from the dusty, antiquated arrivals and departures halls.

Long ago, agreements forged between Israel and Jordan, and Israel and the Palestinian Authority, designated this border crossing primarily for Palestinians, though foreign tourists and diplomats may also pass through here. Yet Israeli laws rule and Israeli manpower secures, manages and maintains the sensitive passageway, the only exit for Palestinians living in the West Bank to reach Jordan and the world beyond.

In winter, there is less traffic, but in the summer months, especially during the holy month of Ramadan, the crossing, which is also referred to as the King Hussein Bridge, turns into a jostling, bustling and overcrowded nightmare for journey-makers. The outdated facilities and stifling heat of the Jordan Valley, mixed with political and cultural tensions, makes transiting through the terminal uncomfortable and sometimes painful.

Images of long lines, the elderly standing for hours or impatient and bawling children, as well as some complaints of mistreatment, prompted U.S. Ambassador to Israel Tom Nides to make improving conditions at the crossing a priority. His starting goal: to see it operating 24 hours a day, seven days a week.

“It’s about decency, it’s about respect, it’s about doing something that makes people’s lives marginally a little bit better,” the envoy, who began his posting in November 2021, told Jewish Insider last week. “You know, you can do some things that have nothing to do with compromising security, that is why I’ve been pushing this so hard.”

“No one wants to stand in line for so long,” Nides added. “Can you imagine being in a car or a bus and just waiting, waiting, waiting for hours when it can be solved so easily by expanding hours and improving the quality of the experience? And that’s what I’ve been trying to do.”

Last November, a year after his arrival and following months of pressure by both the ambassador and U.S. Special Envoy to the Palestinian Authority Hady Amr, Israel finally launched a weeklong pilot program to bring on more staff and keep the crossing open for 24 hours a day.

While Israel is unlikely – and, according to the Israel Airport Authority which manages the site, even believe it is unnecessary – to keep the crossing open 24 hours a day, seven days a week, beginning April 2 Allenby’s operating hours will greatly expand. The border will allow passage continually Sundays through Thursdays, with daytime hours on Fridays and Saturdays. (Today the crossing operates from 8 a.m.-11:30 p.m. Sunday through Thursday and 8 a.m.-3:30 p.m. Fridays and Saturdays.)

According to data shared with JI, the overall flow of traffic through the terminal has been increasing rapidly since the early 2000s, reaching more than 2.8 million passengers a year in 2019. Through two years of the pandemic, however, the number of people transiting through dropped significantly to a trickle and the terminal opened for only a few hours each day.

Following the easing of travel restrictions towards the end of 2021, the rush of returning travelers caught those manning the crossing off-guard, Alex Chen, director of the Allenby Border Crossing, explained to JI.

“What happened here after [the height of the COVID-19 pandemic] was no different to what happened in other airports and border crossings all over the world, it was part of the same phenomenon,” Chen said, confirming that the crossing would soon begin operating 24 hours a day, five days a week. He added that he was already in the process of reassembling and rehiring staff.

Finding workers in a remote location such as the Jordan Valley is difficult, Chen noted. Employees come to work at the site from a vast area stretching as far as Beit Shean in the north and Jerusalem in the west. Many of the towns and localities within reasonable distance from the crossing are religiously observant, he said, meaning it’s even more difficult to find staff to work through the Jewish Sabbath.

Nides told JI that he recognized the manpower difficulties and highlighted that it was not just about expanding hours. “It’s about making it more convenient and easier to manage once people get there,” he said.

“Listen, I understand that this is not Middle East peace, but I do believe that incremental things like this do have impact and that’s why, since I’ve gotten here, I’ve been working on stuff like the East Jerusalem hospital, 4G [cell phone service] and the Allenby Bridge,” Nides said. “It’s about making life a little bit better for people.”

With his first goal achieved, Nides said he would now focus on finding funding for already-approved Israeli plans to renovate and upgrade the outdated transit facility, which were put on hold, with funds diverted, during the COVID-19 pandemic.

Chen shared with JI plans for the new terminal building – an expansive and modern facility that will allow for less-intrusive security arrangements, upgraded and fast-moving biometric passport checks and an overall more comfortable experience for passengers, including a duty-free store.

Such improvements will constitute a big change to Allenby, which has not been renovated since it first opened for civilian use following the signing of the Israel-Jordanian peace agreement in 1994, the same year that some additional parts of the Oslo Accords were finalized and incorporated into the arrangements.

The check-in counters and passport booths currently in use are not user-friendly or accessible for many people with disabilities. In addition, allocation of space in the old-fashioned halls does not take into account the proportions of those transiting through — the area for a small number of VIP travelers and foreign tourists is only slightly smaller than the space allocated for Palestinian travelers, who make up the bulk – some 80 percent – of those passing through.

“It’s not a lot of money to upgrade and I have every intention of working with COGAT, [the Coordinator of Government Activities in the Territories], the defense ministry, the airports authority and the different [Israeli government] departments to get that money together,” Nides said about kickstarting the renovations. “I believe we will get the money.”