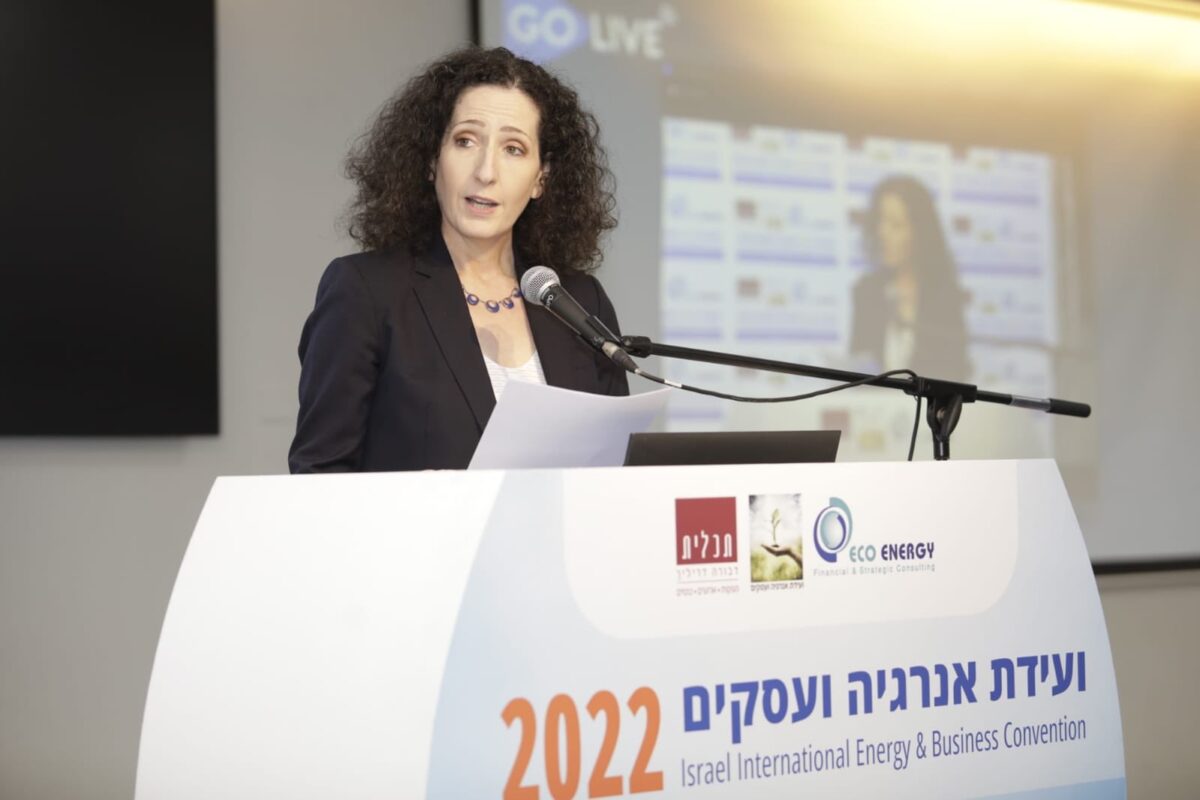 Veteran Israeli diplomat Marina Rosenberg, who is set to join the Anti-Defamation League as its new senior vice president for international affairs, told Jewish Insider last week that she was driven to take the job by her experiences fighting anti-Israel bias and antisemitism, particularly as Israel’s former ambassador to Chile.

“I think my experience in Chile especially marked me quite a bit, understanding how antisemitism is spreading fast around the world,” Rosenberg, 46, said. “And I felt the need to take my actions on a more global spectrum. I really see it as an opportunity to bring my experience to the international team at ADL, in order to keep up the fight against antisemitism and against hate worldwide.”

The Argentinian-born former diplomat said that she had grappled with antisemitism and anti-Israel sentiments coming from Chile’s sizable Palestinian population, which she described as having a strong voice in the country’s legislature and as having a closer affinity for Hamas than the Palestinian Authority.

“I did not expect it to be like that in the beginning, I really had to focus and put a lot of effort to work together with the Jewish community there,” she recounted, noting that she had worked with the ADL in these efforts. “[Their] antisemitism derives a lot from their lack of knowledge because most people there do not know any Jews at all. And also you see the kind of antisemitism that is anti-Zionism, with a lot of hate to the State of Israel.”

Chile’s recently elected president, Gabriel Boric, has had a rocky relationship with Israel and Chile’s Jewish community and is a longtime critic of Israel. Earlier this year, he initially snubbed Rosenberg’s successor as Israel’s ambassador in response to the killing of a 17-year-old Palestinian. While he was a lawmaker, Boric responded to a Rosh Hashanah gift from Chile’s Jewish community with a tweet telling them to “start by asking Israel to return the illegally occupied Palestinian territory.”

Prior to her time in Chile, Rosenberg served throughout Latin America, Europe and the Gulf.

Rosenberg acknowledged that she comes into the job at a particularly challenging time, with antisemitism rising both within the U.S. and around the world. She said she’s focused on building partnerships with other organizations, governments and companies around the world.

“The main challenge is that the world is big and we see a rise in antisemitism in many countries around the world,” she said. “And we need all the assistance and partnerships that we will be able to get.”

Rosenberg said she’ll be leaning on the International Holocaust Remembrance Alliance’s working definition of antisemitism, which, she argued, makes it “much easier” than it once was to draw the line between antisemitism and legitimate criticism of Israel, the latter which is sometimes used as a guise for antisemitism.

“For me, [the position] is a great opportunity to really make a difference on a larger scale,” she said. “And ADL is the perfect organization to do it with. I really admire the work that they’re doing and their commitment to this fight against hate, so I’m very excited about this opportunity to join this team.”