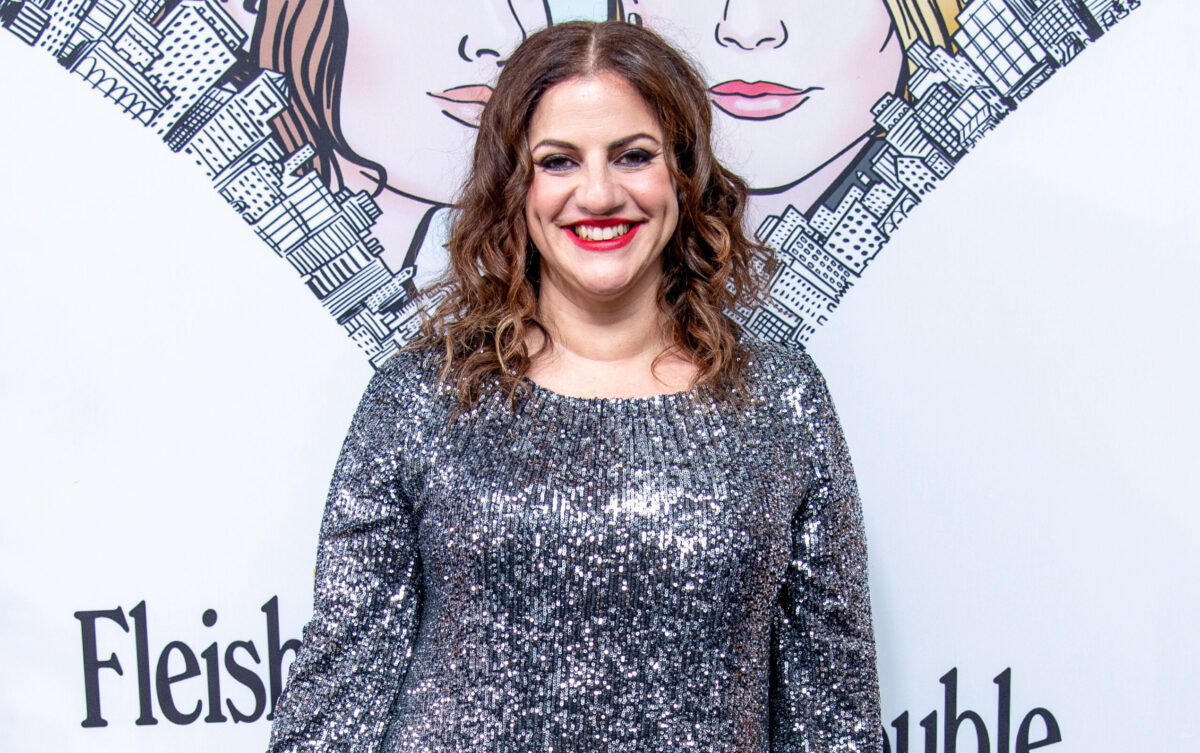 In the first episode of the new FX on Hulu series “Fleishman Is in Trouble,” the camera pans around a diner table. Around it sit familiar faces: Walt from “The Squid and the Whale,” Seth from “The O.C.” and Janis Ian from “Mean Girls,” and they are goofing around as they order sandwiches and pancakes.

It only takes a minute to realize that it’s actually 2022, not the early aughts, and the people around the table are not the teenagers that were household names for the millennial set, but Toby Fleishman and his friends Libby and Seth (to be clear, not the same Seth that lived in Orange County).

And they do feel like old friends — people known to each other and audiences for years, from the time they were teenagers to the present, when they are parents both on- and off-screen.

That’s part of the charm of “Fleishman,” adapted from the 2019 novel of the same name, the debut novel from New York Times writer Taffy Brodesser-Akner about a man whose ex-wife, played by Clare Danes, goes off the grid, upending both his personal and professional lives during one hot New York summer.

For Brodesser-Akner, the questions that the main characters face are reflective of where many people are in life.

“They are now people grappling with age, same as you who grew up with them,” Brodesser-Akner told Jewish Insider days before the show’s premiere. “And that’s kind of what Fleishman is about, about whether or not you’re old.”

The series — and the book it is based on — is told from the perspective of Lizzy Caplan’s Libby, a wife and mother living in the New Jersey suburbs who has reconnected with Toby and Seth, friends from a gap year in Israel.

Libby serves as a reliable narrator, her life more stable than that of either Toby — who is navigating online dating and single parenting while his children are on summer break — or Seth, a party boy reluctant to trade in late nights for stability.

The eight-episode series follows the trio as they navigate the quintessential challenges of middle age: when to buy a preteen their first cellphone, discovering a child has used the family computer to look at pornography, feeling disconnected from suburban family life, debating the right time to settle down, attempting dating for the first time in decades. The characters are not caricatures; though they inhabit a world of New York prestige and wealth, their struggles are relatable.

The title character, Toby Fleishman, played by Jesse Eisenberg, is the first of the group to hit the life-cycle benchmarks. Though Libby narrates both the book and the series, Toby is the central character.

In the first minutes of the series, you are transported to his apartment, a bachelor pad with broken blinds in a building with grim, fluorescent-lit hallways — “like a hovel compared to the palace I just moved out of,” Toby explains to Libby. A mezuzah is posted outside his front door, but at no point does Toby draw attention to it.

It’s one of several subtle references to the characters’ Jewish backgrounds — flashbacks to a family Shabbat dinner and preparations for Toby’s daughter’s upcoming bat mitzvah serve as vehicles to move the story forward, but don’t draw outsized attention. Brodesser-Akner is quick to point out that although the characters are Jewish, Fleishman isn’t a Jewish book.

“I think about you know, The Corrections, right, or Crossroads, the Jonathan Franzen novels. Crossroads is literally about a youth minister, and nobody ever called it a Christian novel,” she explained. “And yet this is called a Jewish book. And to me, what that says, when people think that — even you, even me, even my mother, even people on the street, even the fact that you guys are interested in interviewing me — it says to me that…Jews, I always thought we had finally integrated into being American. And to me, these questions sort of indicate that we haven’t.”

“Why is Crossroads not a Christian novel when it takes place inside a church, with a minister as its protagonist?” she asked. “And it is so much about faith. And [Fleishman] is just Jews walking around, sort of wearing the clothing, the sort of thematic clothing of how they were raised.”

A number of recent TV shows and films that center around Jewish characters have come under criticism for casting non-Jewish actors in leading roles. In “Fleishman,” three of the four central characters — whose friendship was cemented during a year abroad in Israel — are played by Jews.

“It’s such a complicated question, because I didn’t think about it. As an equal-opportunity employer, I extra did not ask anybody what their religion is,” she said. “But when I thought about who the right people were for this, that’s who there was. I don’t know what elements of them make them right for it. I’m not smart enough to know that. Like, I don’t know if it’s their genetics, it’s their cultural influences, I don’t know. I just know they were perfect for it, and I didn’t have to grapple with this question.”

Eisenberg had been Brodesser-Akner’s first choice for Fleishman, a divorced doctor navigating hospital politics and parenting. In flashback scenes to Jerusalem, or in the early days of his courtship with his ex-wife, he looks as he did in “The Social Network” — youthful, and almost impossibly young to be a hepatologist leading a team of interns.

The 39-year-old actor was actually too young for the role when planning for the series began. But the pandemic delayed production, and by the time filming began, Eisenberg more comfortably inhabited the role of a mid-40s doctor. Eisenberg was not Brodesser-Akner’s only top pick — Caplan, Adam Brody and Danes were also Brodesser-Akner’s first choices for their roles.

One of her producing partners, Brodesser-Akner said, “saved me in her phone — my icon — as a witch, because she said that no one ever gets their first and only choice of casting.”

Brodesser-Akner will soon return to the Times, from which she has been on leave in the run-up to the show’s release. Her sophomore novel, Long Island Compromise, comes out next fall. The book centers around a family living in Long Island that loses its fortune.

“It’s about inheritance, but mostly it’s about inherited trauma and the essential question about whether or not wealth dooms your children to a lesser life because they… don’t have to strive for their survival,” she explained.

It’s a different kind of opulence than the fictional Fleishman family was accustomed to — and the Fleishmans lived a good life. In one scene, a family friend decides to organize a group trip to Gstaad. “I couldn’t even figure out a place that was fancier than Vail to ski,” Brodessor-Akner quipped, noting that her assistant came up with the reference to the Swiss ski town. “I was like, ‘How do you spell that?’”

While Brodesser-Akner’s fiction — and even her profiles in the Times, which have taken her skydiving with actress Melissa McCarthy and to the set of the filming of a “Real Housewives” reunion — focuses on the extravagant and the elements of life that are beyond most people’s reach, the core of “Fleishman,” and of most of her work, highlights the challenges facing everyone at their core.

The show, she said, “is something that strives to exist in realism. And realism is the only place where you can have all the factors that are affecting your life lead to an inevitable conclusion.”