The senior political correspondent shared his predictions for where election results may fall come Nov. 8 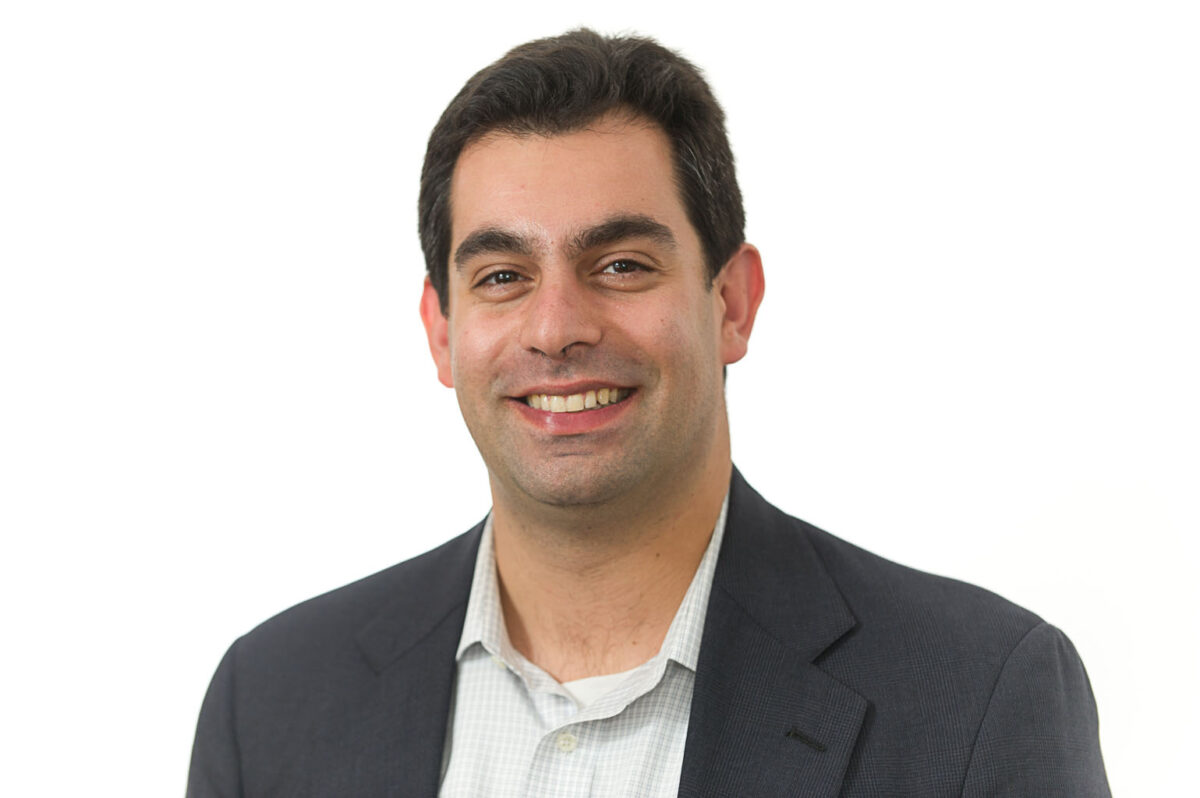 Midterm elections are in full swing — early voting is open and running in a number of states — and with less than a week away from Election Day next Tuesday, there’s plenty of speculation going around about where results may fall.

With Congress set for a shakeup, experts are predicting a “red wave” that could see Republicans winning office across the board, including in historically blue states. Axios senior political correspondent Josh Kraushaar, joins Jewish Insider’s Limited Liability Podcast this week to touch upon the many uncertainties on the ballot.

On what’s driving the predicted “red wave” in Congress: “What we saw over the summer was that Democrats, because of the ruling overturning Roe v Wade, definitely were much more engaged. And I still think that if you look at the data, if you look at the turnout, early voting, polling, you name it, Democrats are showing up, Democrats are engaged in the midterm elections and that is definitely a product of what happened over the summer… But the reality is, there are a lot of other issues at play in the midterms. It’s not just abortion, it’s the state of the economy, which is looking especially volatile and tricky, and we may hear a lot more about the recession of 2023 from leading economists, because the data and the leading indicators about where things are headed economically do not look particularly good. Inflation is still a major, major problem. You add a lot of Americans not feeling a sense of security; crime in major cities and major metropolitan areas on the rise and are putting states like New York, the governor’s race in New York, some House races in New York, Oregon, the Republicans are now ahead narrowly in Oregon because of crime, homelessness. These are major number 1, number 2 issues in states that have had major crime issues [and] problems.

“And then you got, also, just the battle of winning over the voters that don’t pay attention to politics like we all do, right? And every election year you get independent swing voters, many of them very disengaged from politics. They’re not listening to the podcast, they tune all this stuff out, but ultimately they’re voting on their pocketbooks and ultimately they’re going to respond based on whether they think the country is headed in the right direction or the wrong direction. And overwhelmingly, we’re seeing in many of these key races, these undecided, less politically obsessed voters starting to break more towards the Republican Party and it has given the Republicans a bit of a boost in the final few weeks of the election.”

On the odds that a Trump-backed Republican gets elected governor of New York: “Look, I think Zeldin is the underdog. I’d be surprised if he wins. Yes, he’s a Trump Republican, but he doesn’t necessarily come across that way to your average New Yorker. He is one of the few Jewish Republicans in Congress, lives in the Long Island suburbs — he certainly was a leading advocate for Trump during, I guess it was the first impeachment, where he was front and center defending the president — but he doesn’t come across like Jim Jordan, he doesn’t come across like Marjorie Taylor Greene, and that’s part of his political appeal, that he’s not alienating the base, but he’s running on the issues that a lot of New Yorkers care about. And one of the interesting things about this campaign, guys, is that he is spending more time in New York City than any other Republican maybe since Giuliani. You have to go back to the Giuliani days to see any Republican in New York spending this much time in the city, because there’s a bet going on among Republicans that a lot of solidly Democratic voters are so sick of the crime problem, that they actually might vote for pro-Trump Republican…

“Hochul’s still the favorite, like don’t get me wrong, New York is a very blue state. But the polling is real. The competitiveness of that race is real.”

On the Pennsylvania gubernatorial race and extremism in politics: “Extremism does not sell politically in a general election. And whether you’re a far-right Republican like Mastriano, or you’re a far-left candidate like Tina Kotek in Oregon or Mandela Barnes in Wisconsin, you are paying a big political price — you’re not winning swing voters, you’re not winning people in the middle. So yeah, I mean, look, Mastriano has got the Republican right-wing base up really excited, but he’s not spending much money, he’s not getting help from outside Republican groups. He’s said a whole bunch of antisemitic, or has been at least tied to a lot of antisemitic organizations, or Gab and other groups that are very extreme, and that is unacceptable for a lot of swing voters of the Philly suburbs [and] across the state of Pennsylvania… I expect a whole lot of people who vote for Shapiro for governor and vote for Dr. Oz for the Senate race…

“Whatever you think of Dr. Oz, he is running a pretty smart campaign portraying himself as the mainstream guy and Fetterman as the guy who’s extreme. So he actually has an ad up in Pennsylvania right now literally, basically saying you should reject the extremes, and the implication is that you should reject Mastriano and Fetterman, putting them in that same box, and that’s a very triangulating strategy.”

On what we can expect to see in the Senate: “The Senate is a toss-up with, I think it’s no worse than 50/50 for Republicans, but the trend lines and the wind and the momentum is certainly at the Republican Party’s back right now. Now, the problem for Republicans in the Senate is that they nominated some pretty extreme, out-of-the-mainstream characters, whether you’re talking about Don Bolduc in New Hampshire, Blake Masters in Arizona, Herschel Walker in Georgia. So those are tests of whether the environment matters more, whether people just want to check, they don’t care about the candidates, they’re voting like this is a parliamentary system and they want Republicans to be in charge of the Senate, or whether these not-ready-for-primetime candidates will truly cost the Republicans either the senator or at the very least some valuable seats in expanding their majority.”

On what election results could mean for Trump-aligned candidates: So I would look at those Arizona, Georgia and Ohio [Senate] races where Trump endorsed and where the candidates are essentially running pretty close to the base even as the nominees, right? These are Trump-endorsed candidates that are running to the right and they’re testing the limits of how far you can go ideologically. Look, I think this has a lot to do, Jarrod, about Trump’s decision-making for 2024. If Republicans win the Senate or lose the Senate, but they don’t win those seats, if Trump costs them Georgia because Herschel Walker, Blake Masters comes a point or two short in Arizona, I mean, you can lay the blame pretty easily on the hands of Donald Trump costing the Republicans Senate seats that may end up costing them the majority. So there will be a lot of infighting, especially if the environment was so good that you normally would see Republicans winning those types of races. But conversely, if Blake Masters wins, if Dr. Oz wins, if Herschel Walker wins, JD Vance in Ohio wins, if he goes 4-0, then you can make a pretty compelling argument that candidates don’t matter…that’s a lesson for 2024, that you can have Donald Trump and it really isn’t going to cost you a whole lot politically, despite all the hand wringing from a whole lot of pundits like myself, right. So those races, no matter who wins the majority, Arizona I’m looking at closely and Georgia I’m looking at closely, because it’s really going to tell us how big of a penalty do you pay for being so closely tied to that Trump wing of the party.”

Must-watch House races: “I’m fascinated by these blue district races where Republicans are putting a whole lot of money. As we reported last week at Axios, $30 million [is] being spent by the Congressional Leadership Fund, which is the Kevin McCarthy-aligned super PAC, in districts that Biden won by double digits. These are districts that Democrats hold that Biden won by 10 points or more. Katie Porter, California. There’s a race in Connecticut…between Jahana Hayes, who is an African American lawmaker, who was I believe Teacher of the Year and has gotten a lot of accolades back home, but she’s running against a pretty groundbreaking former African American state legislator, George Logan, in a race that’s very competitive. You’ve got Allan Fung in Rhode Island in a Biden +14 district that’s awfully close. So there’s about a handful or more of these blue district races that are I think going to tell us if there’s a really, really big, big wave coming, and based on where the money is being spent in the final few weeks, the money is being spent on these reach districts. These districts aren’t just going to decide which party holds the majority, but are going to be seats that could determine if Republicans have a historic-type majority come 2023.”