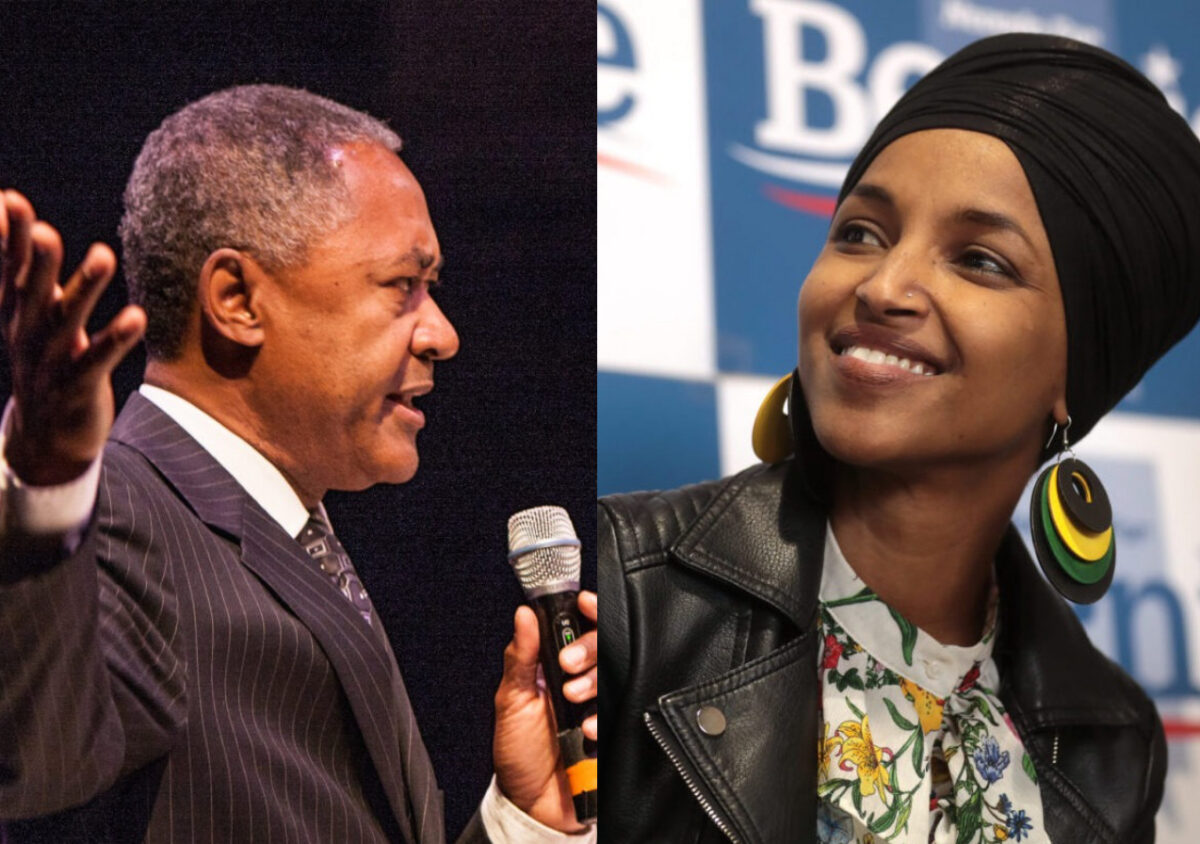 The considerable investment, which had not previously been disclosed, adds some after-the-fact intrigue to the recent House race in Minneapolis, the outcome of which was much closer than political observers had expected. Omar, a two-term progressive Democrat, eked out a surprisingly narrow victory over her moderate rival, Don Samuels, a former city councilman who lost by just 2,500 votes.

Shortly after the Aug. 9 election, Samuels expressed frustration that pro-Israel groups had not supported his campaign against Omar, who is among the most outspoken critics of Israel in the House.

“I know that there were people I called and that were called on my behalf to say, ‘We need your help, we need your endorsement, we need your dollars, we need your support,’” Samuels told Jewish Insider in a post-election interview last month. “They said it very clear: ‘We’re not going to invest in this.’”

But it turns out that at least one prominent pro-Israel group was in fact spending on his behalf, albeit discreetly. Days before the primary, UDP routed $350,000 to a newly launched super PAC, Make a Difference MN-05, which had registered with the FEC just a week earlier. The pro-Samuels group spent $625,000 during the primary, including on TV ads highlighting differences over public safety. Tuesday’s filing shows that UDP’s cash infusion supported more than half of that spending.

By contributing money to a separate group rather than investing in the race through independent expenditures from its own account, UDP was not required to disclose its spending until after the primary had concluded.

Patrick Dorton, a spokesperson for UDP, declined to comment on the group’s strategy — which it also deployed in another House primary just a couple of weeks after the Minneapolis matchup.

In the Aug. 23 primary to represent New York’s significantly redrawn 10th Congressional District, UDP contributed the same amount— $350,000 — to a separate super PAC opposing Yuh-Line Niou, a Democratic state assemblymember who had expressed support for the Boycott Divestment and Sanctions movement against Israel.

The group, New York Progressive, was launched in the final weeks of the race and spent more than $400,000 on a series of digital ads and direct mailers casting Niou as “dangerous,” “reckless” and “too extreme for our community.” She lost by a thin margin to Dan Goldman, a former Trump impeachment prosecutor who prevailed with 26% of the vote.

UDP took credit for its investment soon after Goldman, who spent $4 million of his own money in the race, claimed victory on the evening of the election.

Instead of funding attack ads using its own name, Dorton said in an email to JI last month, “it was more effective to contribute to a local super PAC run by political operatives with strong knowledge of the district,” which covers Lower Manhattan and parts of Brooklyn.

Launched by AIPAC in January, UDP represents a major new direction for the bipartisan pro-Israel lobbying group, as it makes its first foray into campaign politics. UDP spent millions of dollars during the primaries and assumed a high-profile role in a number of closely watched — and bitterly contested — House races across the country.

But even as UDP has enjoyed a relatively successful run for a newly created super PAC, it has also faced blowback for an aggressive approach that came under scrutiny this summer. The group has been criticized for running attack ads against far-left candidates that make no mention of Israel, while its association with an AIPAC-affiliated political action committee that endorsed several Republican incumbents who voted against certifying the 2020 presidential election results has stirred additional controversy.

Until recently, however, UDP had been spending directly on its preferred candidates, rather than contributing to separate groups as it did in Minneapolis and New York. Saurav Ghosh, director of federal campaign finance reform at the Campaign Legal Center, a nonprofit watchdog group, said UDP’s recent strategy represents “a major problem for electoral transparency.”

“Voters have a right to know who is spending money to influence their vote before they choose which candidate to support,” he told JI, “not after.”

It remains to be seen if UDP will get involved in the general election, where a handful of House and Senate races are expected to decide the balance of power in both chambers of Congress.