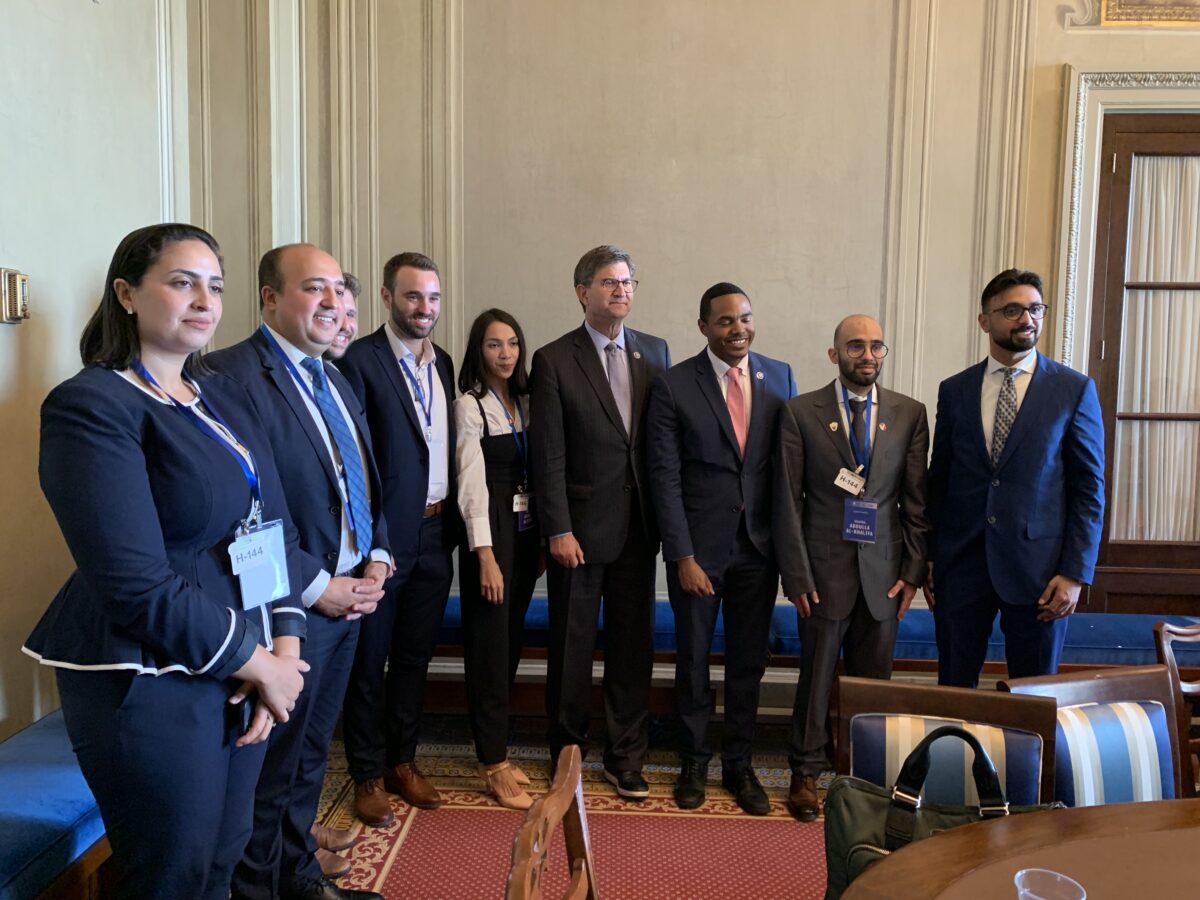 “We want to bring members of Congress to see for themselves on the ground the fruits of what is a historic agreement, these Abraham Accords,” Schneider told reporters. “So to be able to go to Israel to go to Bahrain, to UAE, to Morocco, meet people who are benefiting from these accords, talk to those who are realizing those benefits… I think that’s something that would be good for all of my colleagues to experience.”

Wagner said the group is aiming to schedule the trip for February 2023.

The lawmakers and other panelists also discussed at length the positive effects they’ve seen from the Abraham Accords, their hopes for the agreements’ future and their plans to further support them.

McClain praised the caucus as a shining example of bipartisanship and progress in an often-stagnated Congress, and also reflected on her observations from a trip to the Middle East earlier this year.

“It was a feeling, it was an idea, it was quite frankly inspirational, to show if we actually work on something that’s positive, that we can work together,” she said. “That trickles throughout all the other areas of the world, and I am just blessed and honored to be part of this.”

Manning said that a group of young people from Abraham Accords member nations recently visited her district and traveled around the U.S.

“It was so exciting to me to see this is not a top-down agreement just among agreement, just among governments,” she said. “That’s what makes this whole effort extraordinary, transformation and will build a much stronger future for the region.”