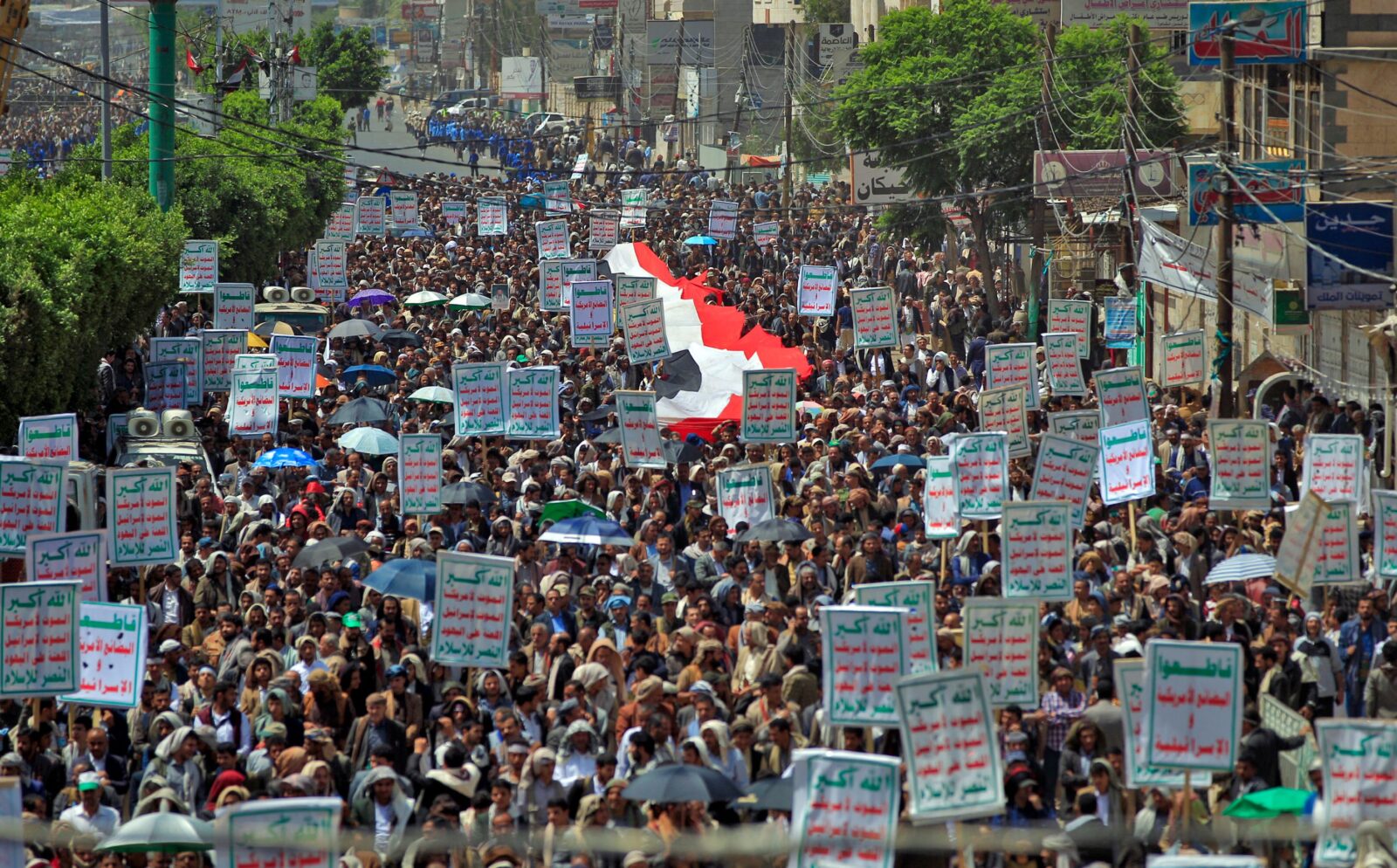 In Yemen, an Iran-backed terror group lays low — for now

A fragile truce has held in Yemen after years of war. Will it last?

Early this year, Yemen’s Houthi rebels attracted international headlines due to a series of drone attacks on targets in the United Arab Emirates. Israel was quick to jump to the defense of its new ally: The two countries were then both facing threats from terror proxies tied to Iran, opening a potential new area of cooperation for Israel and the UAE.

Now, the geopolitical landscape in the Persian Gulf has shifted. In the past several months, the Houthis have all but disappeared from the international stage as a truce has held in Yemen, creating an impression of stability in the region. Last week, the UAE announced that it would restore full diplomatic ties with Iran after years of tensions, a nod toward broader efforts in the Sunni Arab world to reconcile with Iran as a nuclear deal with the country and Western powers appears imminent.

But the United Nations-mediated truce that has largely brought the Yemen war to a standstill is fragile, and a political resolution to the conflict remains distant, observers believe. The Houthis are closely connected to Iran, which has provided weapons to the rebels for years.

“What’s happening with the truce is that, OK, it is broadly holding … but it’s very imperfect. It’s better than it was, but it’s really not perfect. There have been a lot of violations on both sides. I think the real fear is that the Houthis are using the opportunity to gather their forces [and] to build their strength,” Elisabeth Kendall, a senior research fellow at Oxford University, told Jewish Insider. “It’s not going so well. In a sense, it’s going quite well for the Houthis because they hold more of the cards now in Yemen.”

The Houthis invaded Sana’a, Yemen’s capital, in 2014, and since then have taken control of the areas where roughly two-thirds of Yemenis live. During the truce, the Houthis still control those areas, though they have limited their attacks within the country — but they have also not yet fulfilled many of the concessions they promised.

“My brief take on the truce is that it fundamentally dangled a lot of carrots in front of the Houthis so that they are able to benefit from the peace in terms of resetting of forces. Obviously they benefit economically and have received an influx of humanitarian and commercial goods to help to strengthen their position within Yemen,” said Katherine Zimmerman, a fellow at the American Enterprise Institute. “All the while without actually having any concessions to the other parties who are begging for peace.”

John Kirby, coordinator for strategic communications at the National Security Council, told reporters on Wednesday that ongoing nuclear negotiations with Iran touch only on its nuclear program, not its malign activities elsewhere in the region, such as in Yemen.

“This deal is about their nuclear weapons capability. That’s the primary effect. That’s the only focus of it,” Kirby said, noting that the deal will include sanctions relief. But, he added, “it does not abrogate, it does not reduce, it does not constrain us from holding Iran accountable for their other malign activities, to include their support for terrorists, and there are ample sanctions available to us, in fact in place today that will stay in place going forward.”

“Yemen is not part of the JCPOA negotiation talks,” a State Department spokesperson told JI on Wednesday. The spokesperson said the truce “is having real impact and delivering tangible benefits for the Yemeni people,” noting that “civilian casualties inside of Yemen are down by 60 percent,” and zero cross-border attacks have occurred since the truce went into effect.

But, the spokesperson added, “We need compromise from all sides to make progress, which includes Houthi action to open main roads to Taiz,” referring to the Houthis’ siege on Yemen’s third largest city, which is still controlled by the Yemeni government.

Although attacks on the UAE and Saudi Arabia have stopped, Iran has maintained an influential presence in Yemen through weapons provided to the Houthis.

“The Iranians, certainly they are the main source of weapons. The drones, the ballistic missiles that the Houthis were using, particularly in their cross-border attacks into Saudi, the UAE — that is all completely dependent on Iran,” said Gerald Feierstein, a former U.S. ambassador to Yemen and a distinguished senior fellow on U.S. diplomacy at the Middle East Institute. Iran’s Islamic Revolutionary Guard Corps and Hezbollah, another Iran terror proxy, both have a presence in Yemen, said Feierstein.

Former President Donald Trump designated the Houthis a Foreign Terrorist Organization, a move that was reversed by the Biden administration soon after Joe Biden became president in a bid to spur diplomacy.

The truce between the Houthis and the Yemeni government expires in October, and U.N. Special Envoy of the Secretary-General for Yemen Hans Grundberg earlier this month spoke of the need to create a longer-term solution. “We need to end the conflict, not merely manage it,” he told the U.N. Security Council.

Even if the truce falls apart, it’s not certain that the Houthis will resume attacking the UAE and Saudi Arabia, since “Saudi Arabia doesn’t want to invest additional assets into the Yemeni war,” said Zimmerman. For the Houthis, those attacks are “no longer as much of a utility, because they’re able to achieve much of what they were trying to achieve by force, with diplomacy,” she said.

Despite Iran’s material support for the Houthis, the rebels are not an arm of the Iranian government or a closely managed proxy. The conflict between the Houthis and the Yemeni government is “not a fight between Iran and Saudi Arabia. It’s happening for reasons that are internal to Yemen,” said Feierstein. “But the Houthis are not in a position that they can simply ignore Iran if the Iranians are taking a position.”