A new Israel Democracy Institute survey shows a rise in the proportion of Jewish Israelis who trust the current U.S. leadership to take Israel into account when negotiating with Iran 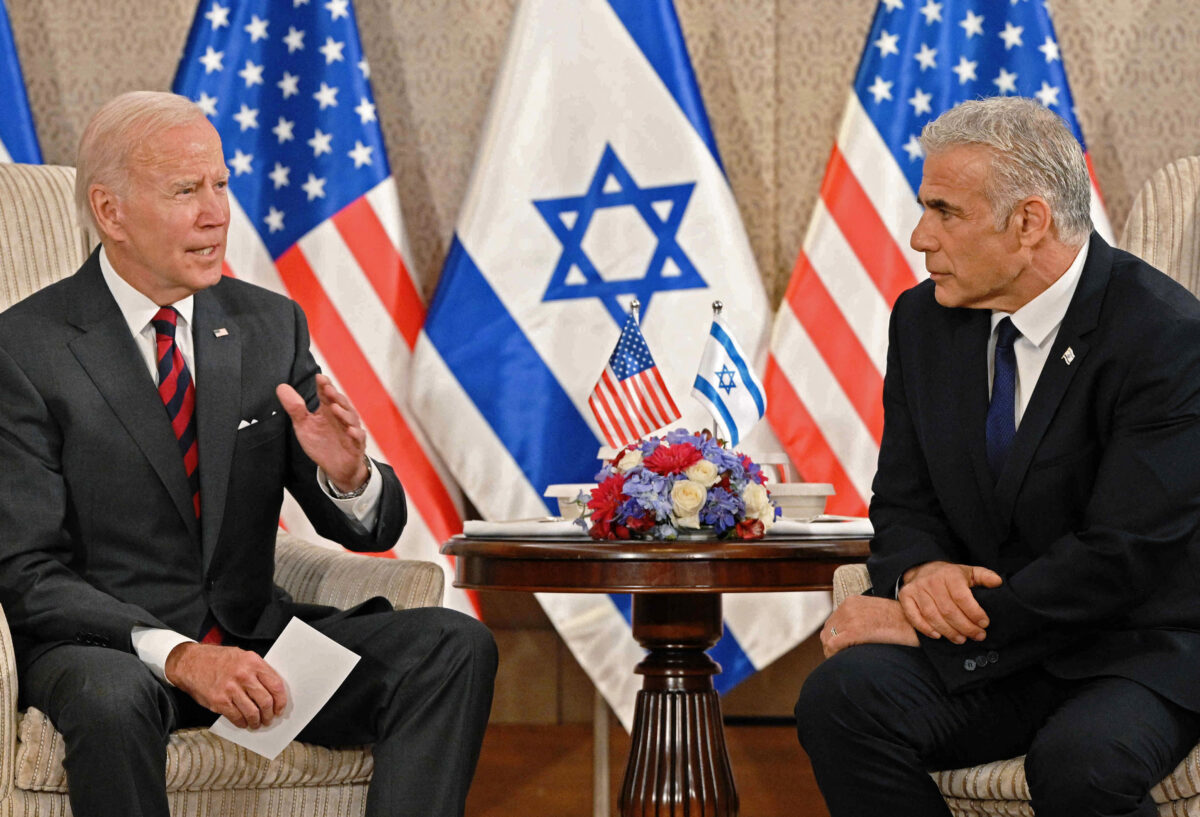 President Joe Biden may not have come away with a breakthrough deal with Saudi Arabia during his trip to the Middle East last month, but he was successful in convincing Israelis that the White House would consider Israel’s security needs during ongoing talks with Iran over its nuclear program, according to a new poll obtained by Jewish Insider.

The Israeli Voice Index, prepared monthly by the Viterbi Family Center for Public Opinion and Policy Research at the Israel Democracy Institute (IDI), found a rise in the proportion of Israelis who trust the current U.S. leadership to take Israel into account when negotiating with Iran – from 15% before last month’s visit to 34% after among Israeli Jews, and from 20.5% to 26% among Israeli Arabs.

The survey also sampled the views of right-wing and left-wing Israelis, finding that after the visit, more than half of those on the left of the political spectrum, 56%, thought that the U.S. administration would take Israel’s security into account; while only 27% of right-wing respondents felt the same way.

Using a sample of some 600 men and women interviewed in Hebrew and 150 interviewed in Arabic, the study was carried out between July 25 and July 27, a week after Biden met with Israeli Prime Minister Yair Lapid, who pressed the president on the threats Israel faces from Iran, including Tehran’s efforts to build a nuclear bomb and the use of terror proxies to destabilize the region.

The U.S. and the European Union resumed negotiations with Iran in Vienna on Thursday, amid reports from international inspectors that the Islamic republic is continuing to expand its uranium enrichment and growing ever closer to becoming a nuclear power.

During his visit to Israel, his first as president, Biden reaffirmed the U.S. strategic commitment to Israel, signing the Jerusalem U.S.-Israel Strategic Partnership Joint Declaration with Lapid. The agreement featured a U.S. pledge never to allow Iran to acquire nuclear weapons and a commitment to partner with other countries to confront Tehran’s aggression and destabilizing activities in the region.

In a press conference in Jerusalem last month, Biden said a nuclear-armed Iran would pose a threat to everyone. “Ensuring Iran never obtains a nuclear weapon is of vital security interest to Israel and the United States and for the rest of the world as well,” he said. “I continue to believe that diplomacy is the best way to achieve this outcome, and we’ll continue to work with Israel to counter other threats from Iran throughout the region.”

The Jerusalem Declaration also promised to build upon the 2020 Abraham Accords normalization agreements initiated by former President Donald Trump and signed by Israel, the United Arab Emirates and Bahrain. Morocco and Sudan also normalized relations with Israel following the accords.

But the IDI poll found Jewish Israelis were disappointed by Biden’s inability to reach a breakthrough agreement with Saudi Arabia, which he visited immediately after Israel, becoming the first person to fly directly from Tel Aviv to Jeddah.

Asking the respondents to what extent they believed the president had the capability to bring about a breakthrough in relations between Israel and Saudi Arabia, a majority of Israeli Jews, 54%, said they were not convinced. Only 37% said they believed Biden had the capacity to bring the largest state in the Middle East into the Accords.

Ahead of the visit, last month’s IDI poll found that Israeli Jews held more hope for Biden’s capability in warming ties between Israel and Saudi Arabia, with some 45.5% saying they thought he could bring about a breakthrough.