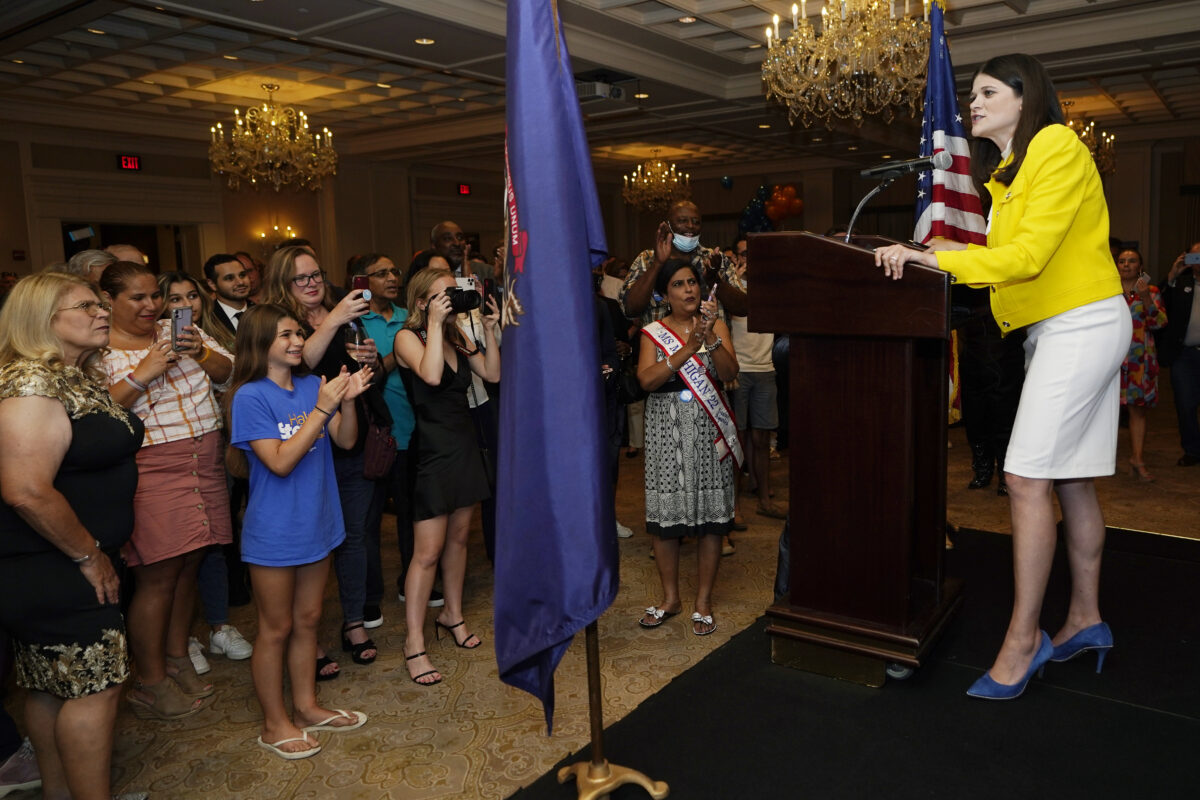 As the first primary season of AIPAC’s newly formed PAC and super PAC — in which the two frequently dominated conversation in political circles — begins to wind down, AIPAC PAC Director Marilyn Rosenthal and United Democracy Project CEO Rob Bassin spoke to Jewish Insider in a joint interview on Wednesday to discuss their results and explain their strategies.

UDP, Bassin noted, has become “the largest bipartisan super PAC in the country” — it has spent $24.3 million, second only to the conservative Club for Growth in total outside spending — and has won seven of the nine races in which it has spent money. “By any measure, we’ve had a very successful start to our operations,” he told JI.

“We’ve achieved some extraordinary results in a very short period of time,” Rosenthal said. The PAC “is allowing us to clearly define who is and who is not pro-Israel. And that is the objective, essentially, of what we’re trying to achieve,” she added.

Those successes have met with strident opposition from some factions of the Democratic Party, with some accusing the groups of acting on behalf of and in the interests of Republicans, targeting progressives, women and people of color and outright buying elections. AIPAC’s electoral work has also, at times, pitted it against congressional allies and raised concerns among Democrats who otherwise largely support the lobbying group’s agenda.

All told, the PAC has bundled $9.5 million in direct donations to the more than 300 candidates it has endorsed, in addition to “a great deal of grassroots involvement” from AIPAC supporters, she said. “This is an opportunity and has been an opportunity for us to successfully speak in our own name on behalf of our nearly 2 million members to demonstrate that being pro-Israel is both good policy and politics.”

Israel has not, however, been a primary deciding factor for voters in many of the races in which UDP has been involved, and its messaging in the races has not revolved around Israel.

“I would just say about that, first of all, the issues that UDP has focused on have been the issues that are foremost on the minds of voters,” Bassin responded. “That being said, I think the views of the candidates on the U.S.-Israel relationship have been made clear on their websites and their position papers and in their voting records.”

Rosenthal added that pro-Israel candidates “have raised great deals of dollars from AIPAC members because of their support for Israel.”

Bassin declined to say whether UDP plans to get involved in any other races this cycle, but left the door open to the possibility.

Incumbent members of Congress make up the large majority of AIPAC PAC’s endorsements, as well as a dozen non-incumbents, mostly from safe districts. Rosenthal said the group is “looking at opportunities” in the remaining primary races and the general election, but hasn’t yet decided whether it’s going to make endorsements in highly competitive general election races.

Bassin explained that UDP has honed in on races where “there is a sharp contrast between a strong supporter of the U.S.-Israel relationship… and a detractor of that relationship” and where “we believe our involvement can make a difference in the outcome of that race.”

In the case of candidates once critical of Israel who have since changed their tune, “the door is always open for candidates who become better informed and educated and are willing to be supportive of the U.S.-Israel relationship,” Bassin said.

Rosenthal explained that, in addition to races where there are clear divisions among candidates on Israel, the PAC’s endorsements also take incumbency into consideration, as well as backing open-seat candidates who have “identified themselves as champions and leaders if they were to get elected.”

Bassin and Rosenthal repeatedly emphasized that the groups are supporting a range of progressive candidates, pushing back on frequent attacks from some on the left.

Bassin said UDP’s spending is guided by what the organization thinks will be necessary to win, including examining polling in the races and dynamics on the ground.

“If I knew what the outcomes were going to be in advance, I could spend the money as efficiently as possible,” Bassin said. “But clearly we make every effort and we take very seriously the trust and faith that our donors put in us to be responsible stewards of their money and try to spend it as efficiently as possible to achieve victory while not spending more than we have to.”

Following her victory Tuesday night, Stevens downplayed the role of PAC spending in her race, declaring that she “absolutely” would have won by a similarly wide margin even without outside spending supporting her.

Bassin and Rosenthal said they’re not concerned that AIPAC’s involvement in electoral politics will impact its reception on Capitol Hill or among Democrats.

Bassin said he’s “received tremendous encouragement” from lawmakers on the Hill — ”Democratic members who have been very, very encouraging and believe that we are playing a constructive role.”

Rosenthal echoed that, saying that sitting Democratic lawmakers have approached AIPAC seeking its endorsement, and that the AIPAC community is largely “enthusiastic about the changes that we’ve made.”