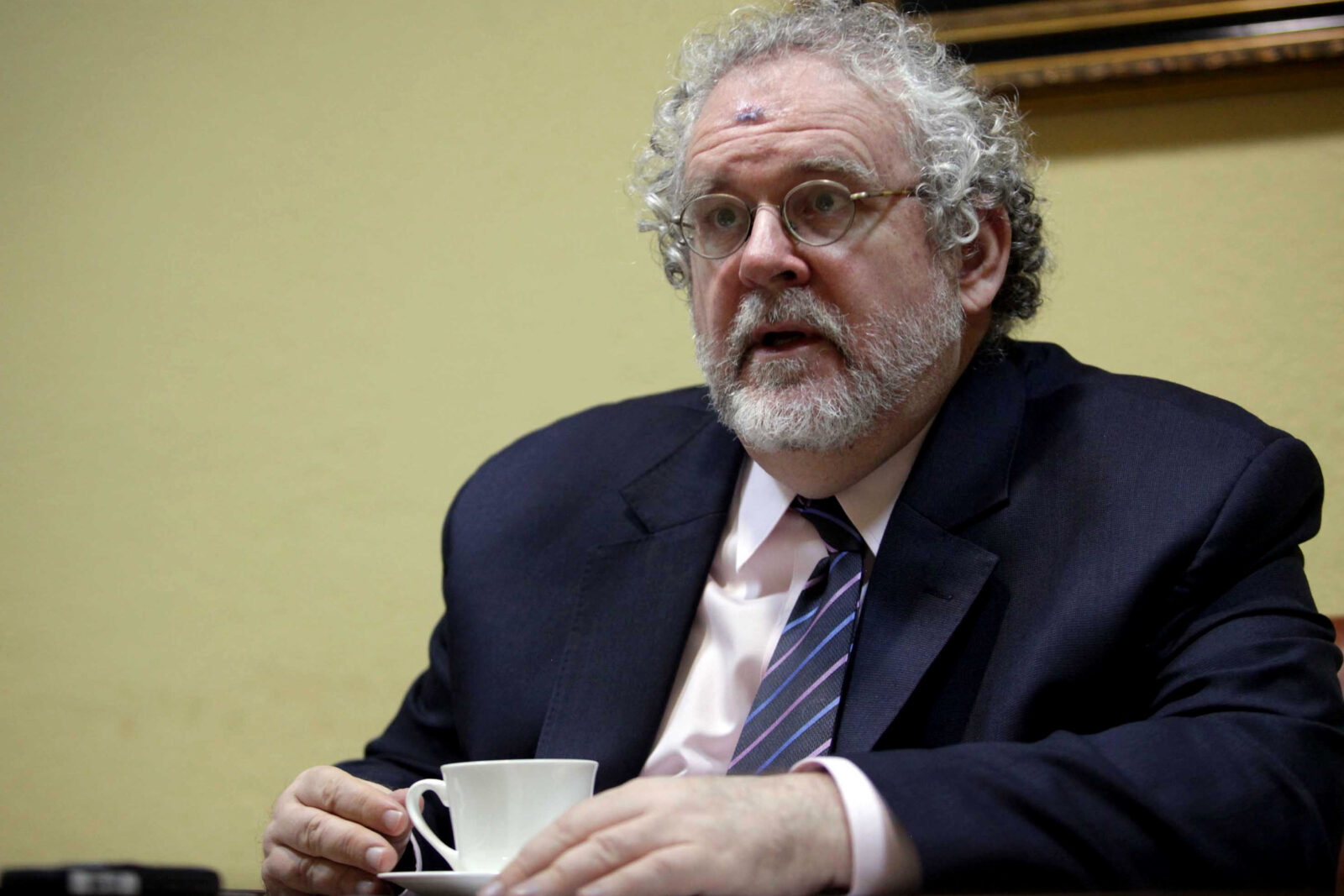 Mead’s book, The Arc of a Covenant, documents American attitudes towards Israel and Zionism over more than a century

For a remote country with a relatively small — but growing — economy, Israel engenders surprisingly sharp feelings in America’s national discourse. In a new book, foreign policy analyst Walter Russell Mead offers a comprehensive narrative about American support for Israel over the past two and a half centuries while assessing how Americans view Israel today.

Mead’s latest book, The Arc of a Covenant: The United States, Israel, and the Fate of the Jewish People, joins a growing bookshelf of literature about the connection between the two nations. Yet unlike other books, Mead does not focus only on policy, Jewish attitudes or recent history; his goal is to dispel common myths about American support for Israel by chronicling Americans’ attitudes about Zionism — and later about the State of Israel — going back more than a century.

The impetus for Mead’s book came during the George W. Bush administration, when the Wall Street Journal columnist became disgruntled with Bush critics insinuating that Jewish interests were running foreign policy and that “the neoconservatives were part of a Jewish cabal.”

“It’s insanity to blame a president who[m] the majority of Jews voted against and the majority of Jewish giving went against, and say he’s carrying out the Jewish pro-Israel agenda because of the financial power of Jews,” Mead told Jewish Insider in an interview on Tuesday. “This is literal insanity.”

According to Mead, who is the James Clarke Chace Professor of Foreign Affairs and Humanities at Bard College and edited The American Interest magazine, antisemitic stereotypes about Jewish control extend globally and pushed him to write the book.

“This persistent belief that ‘the Jews’ run America is actually incredibly widespread, not just In the Middle East, but surprisingly sophisticated people in Europe can think this way, [as do] people in Africa, [and] Latin America,” he said.

He explains how pluralistic ideals that grew out of the Protestant Reformation paved the way for Christian support of Zionism, and how later, in the early days of Israel’s statehood, liberal concerns for Jewish refugees translated into left-wing support for Israel.

Mead contends that Jewish support for Israel has not been the decisive factor driving America’s close alliance with the Jewish state.

“The three presidents who have been most widely associated with the U.S.-Israel relationship — Richard Nixon, who basically formed the alliance back in the ‘70s; George W. Bush and the war on terror; and Donald Trump, most recently — were all bitterly unpopular among American Jews,” he said.

“If your goal in life was to be a politician who raised money from American Jews for your campaigns, actually your best method would be to run around denouncing settlements in the West Bank and [former Prime Minister Benjamin] Netanyahu, [and] calling for the United States to do more to pressure Israel,” Mead added. “Most American Jews are actually to the left on most issues.”

What started as a short explainer about the U.S.-Israel relationship evolved into a 585-page history book shedding light on the context for American perspectives on Israel.

“You can’t understand the contemporary politics, I think, of our Israel policy without understanding the kind of cultural mindset that guides a lot of people in the United States whether or not they’re even consciously aware of it,” Mead, who is 70, explained.

In the book, Mead also examines the “cyclical” history of American antisemitism, which was prominent during the Civil War, and then began rising again during the 1880s, peaking during World War II, and has again witnessed a revival over the past several years.

“At moments of national crisis, you do get these expressions of antisemitism,” he explained.

When writing the book, Mead envisioned a large and diverse audience.

Mead’s book was released days before President Joe Biden is set to travel to the Middle East for the first time during his presidency, in a trip that will include visits to both Israel and Saudi Arabia.

The trip, according to Mead, is a “reversal of Biden’s earlier Middle East policy.”

Breaking from the president’s earlier approach, which focused on holding Saudi Arabia accountable for its human rights abuses and unsuccessfully cajoling Iran into compliance with the 2015 Iran nuclear deal, Biden is now reengaging America’s Middle East allies, in part in the hopes of driving down energy prices, which have soared in recent months.

“His big problem is that the price of energy is killing him in the polls, and second to that, the plan with Iran does not appear to be working,” Mead explained.

The visit will also allow Biden to promote warming relations between Israel and the Gulf states.

“President Biden has a huge opportunity to build the kind of regional alignment that would have been the dream of every American president going back to the end of WWII — a Middle East partnership that’s aligned with American core interests,” Mead said, referencing reports that the U.S. is helping broker an air-defense alliance among Middle Eastern states opposed to Iran.

Mead expressed cautious optimism about future relations between Saudi Arabia and Israel, noting the mutual economic interests for both countries that would come with closer relations, but also acknowledged the “old Wahabi Saudi philosophy” that is antagonistic to Israel still remains.

Biden’s trip to the region occurs against the backdrop of Israeli political turmoil, weeks after the governing coalition fractured, triggering a new round of elections, which will be held in November.

“I think it’s fairly clear that the Biden administration would prefer a non-Likud government to win, and so this will likely make Biden look for all the ways he can support that side in the campaign,” Mead said. “[He will try] to make it a good trip, reducing and eliminating any sense of pressure.”