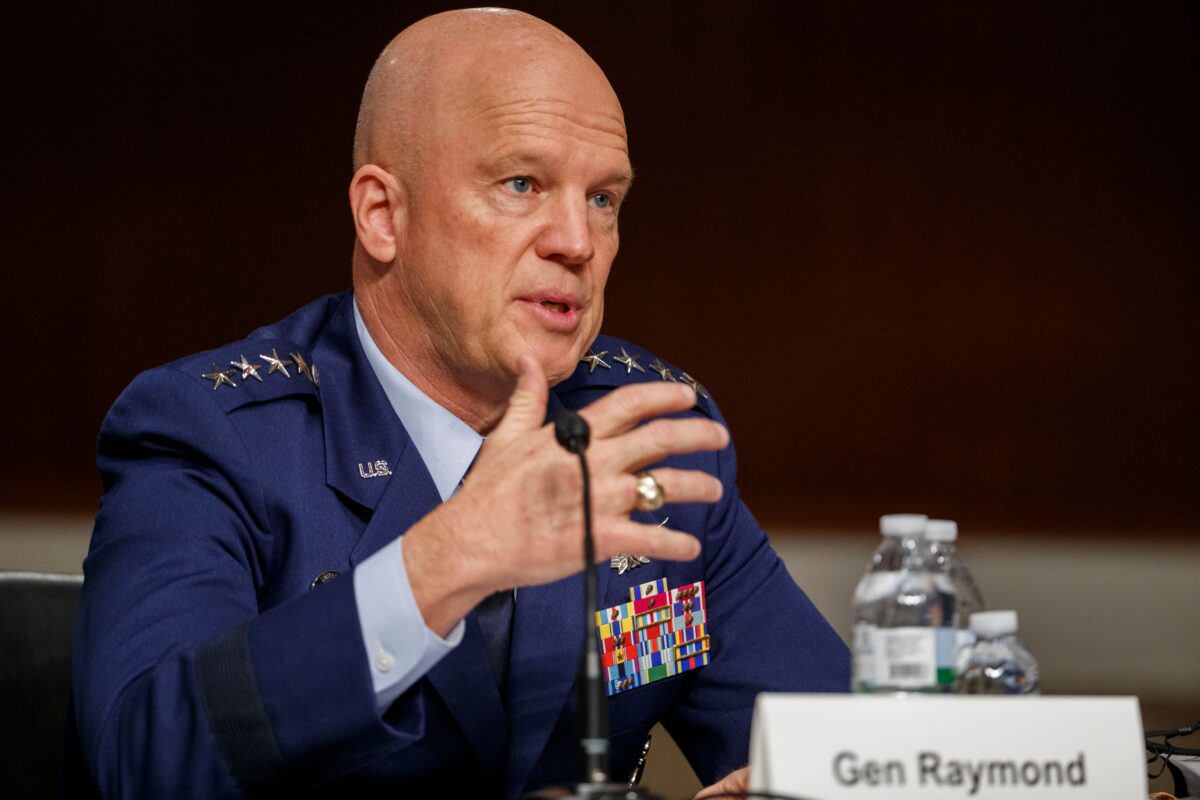 Chief of Space Operations at US Space Force General John Raymond testifies during the Senate Armed Services Committee hearing on Capitol Hill in Washington, D.C., on May 6, 2020.

The U.S. Space Force is a valuable deterrence against global conflict, the head of the newly created branch of the U.S. Armed Forces said on Tuesday at the Aspen Security Forum.

“I think space provides a great opportunity,” Gen. John W. “Jay” Raymond told NPR’s Mary Louise Kelly at the forum’s opening session. “It provides an opportunity to have one more fabric, if you will, of a means to change the deterrence calculus, impose cost, deny benefits and to deter conflict from the beginning or extending into space, which we feel would deter conflict from spilling over onto the land. It’s deterrence.”

Space, Raymond noted, “may be the first place where [a] conflict starts.”

“If we can protect our capabilities, we can assure our axis and freedom to maneuver in the domain, because they are both vitally important,” Raymond added.

The chief of space operations, who joined the Space Force in 2019 upon its creation as a branch of the Armed Forces, warned about the looming threat posed by China.

“China has gone from zero to 60 very quickly. And they are clearly our pacing challenge,” he said. “They’re moving at speed, they have the economy to support the development. Now they’re really doing two things. The first thing that they’re doing is they’re building space capabilities for their own use. So just like we’ve enjoyed space capabilities that we’ve been able to integrate, China has built a space program to do the same thing. That provides them [an] advantage and that provides risks to our forces. The other thing they’re doing is seeing the advantages that space provides us as we’ve integrated space and cyber and multi-domain operations, and to be honest, they don’t like what they see.”

He noted that China and Russia have both detonated satellites, sending thousands of pieces of debris hurtling through space — and in some cases, risking collision with other still-functioning satellites.

A Pentagon report issued in April warned that Moscow and Beijing were both developing the technology and capability to attack U.S. satellites.

To counter aggression from global powers, Raymond said, the U.S. is “trying to develop norms of behavior for what’s safe and professional.”