‘We need a vision for where we are heading,’ said Yoel Razvozov. ‘If we want to aim for 10 million tourists, then we will need to build another 40,000 hotel rooms and we must also improve the services we provide and the value for money' 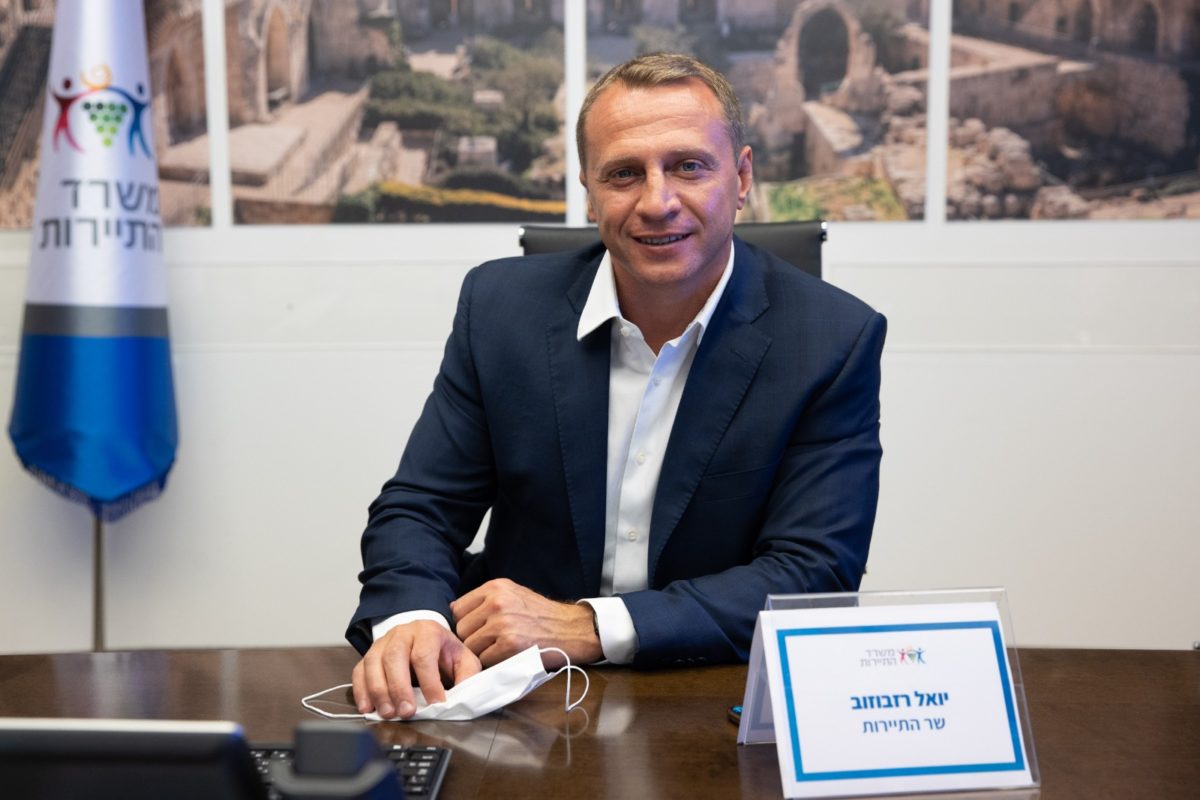 ATHENS – As Israel gears up for what could be its biggest summer ever for incoming tourism – rebooting an industry shattered by two years of COVID-19 restrictions and closures – Tourism Minister Yoel Razvozov says the country is now ready and eager to welcome back international visitors, particularly Diaspora Jews.

“Our industry has really missed its tourists, especially the Jews from Diaspora communities in the United States, France, Britain and elsewhere – we know how much people want to come now and see the relatives they’ve not seen for two years,” Razvozov told Jewish Insider.

Razvozov, who spoke to JI last week on the sidelines of the Israel-Greece Conference, a one-day confab in Athens sponsored by the Brown Hotels Group, Israeli financial news outlet, Calcalist, and Israeli airline Israir focusing on mutual travel, real estate, energy and innovation between the countries, said Israel was now completely open to tourists.

Last month, Israel scrapped its COVID-19 testing policy at Ben Gurion International Airport, and, said the minister, since entering office a year ago he has been working to develop a long-term strategy that will tackle soaring hotel rates and improve services and conditions across the hospitality sector.

According to figures from the Central Bureau of Statistics, Israeli tourism is returning slowly, with some 262,700 overseas visitors arriving this past May, roughly half the number of May 2019, but an increase over April 2022 when 216,400 foreign tourists came, many for the Passover holiday.

“It’s a free market and demand is very high,” Razvozov continued, explaining that he has raised the issue with the hotel sector and begun introducing reforms such as lowering the cost of koshering restaurants, which pushed up prices, and increasing permits for foreign workers from the Philippines and Jordan to address a severe shortage of workers.

Razvozov, a former Israeli judo champion who made aliyah in 1991 as a child from the former Soviet Union, said he has faced a conflict of interest over the past year being part of the cabinet, concerned about the spread of COVID-19, while at the same time representing a struggling industry severely impacted by the restrictions.

While those working in tourism did receive some compensation from the government for losses incurred during the pandemic, Razvozov, who served as a member of Knesset in Foreign Minister Yair Lapid’s Yesh Atid party, said the challenge remained that many of those furloughed or fired as the industry shut down have not returned to work in the sector.

“It’s a global phenomenon that there is a shortage of workers; it’s a problem across the hospitality sector,” he explained.

As Israel’s domestic and foreign tourists wait for supply and demand to level off, Razvozov said he has also taken steps to encourage cheaper alternatives that will offer more affordable stays in Israel. Camping, glamping and caravan parks are among the options, he said.

And, continued the minister, he has been working to develop a long-term strategy that he hopes will help Israeli tourism grow and flourish in the future.

“When I was in the Knesset, I used to complain that the country only looked for short-term solutions and did not think about the long term,” Razvozov said. “That is why I have set a future goal for my office to see 10 million tourists a year visiting Israel by 2030.”

In addition to developing alternative accommodations, Razvozov said he is also working to create new tourism attractions, with a focus on Israeli wineries, the country’s booming gastro sector and ecotourism.

“We need a vision for where we are heading,” he stated. “If we want to aim for 10 million tourists, then we will need to build another 40,000 hotel rooms, and we must also improve the services we provide and the value for money.”

A leading minister in an increasingly unstable government coalition – with most political pundits betting its days are already numbered – Razvozov is aware he will probably not be around in 2030 to see the fruits of these efforts, but, he said modestly, that a solid plan was more important than receiving praise for the outcome.

“We need to build more hotels and we need more alternatives,” he opined. “We also need to think about the airport, the security and the services tourists receive – I know my plans are grandiose, but I came to serve the country and improve it.”

During his stay in Athens, Razvozov met with Greek Tourism Minister Vassilis Kikilias, signing an agreement that seeks not only to boost tourism between the two countries but also to develop dual travel packages for tourists from East Asia and the U.S. enabling them to visit both Israel and Greece in a single trip.

“People can come for 10 days, visit Israel and Greece and see a mix of ancient sites and holy sites,” he said, adding that the two countries have much to learn from one another.

Greece welcomes around 32 million tourists a year, said Razvozov, so Israel can learn from its Mediterranean tourism partner how to handle high volumes of visitors, while Israel can share with Greece some of its advanced travel technology and innovation. Israel’s minister of innovation, science and technology, Orit Farkash Hacohen, also attended the conference, as well as representatives of Israel’s high-tech sector.

Razvozov told JI that the Israeli tourism industry only stood to gain from such collaborations, including with its new Abraham Accord partners.

“Tourism from the Abraham Accords is still not bringing in high numbers,” he said, adding, however, that such geopolitical relations only worked to boost the flow of visitors from other places.

“It’s a new reality and it really does help,” Razvozov said about the potential of travel packages and tourists from the Emirates, Bahrain and Morocco – Arab countries that signed normalization agreements with Israel in 2020.

“Of course, there are extremists that are trying to destroy it, and [unrest in Jerusalem] does impact the flow of visitors – that is why we need Diaspora Jews to come back and support us,” he concluded. “Tourism is about people-to-people, and we have really missed our Diaspora tourists.”