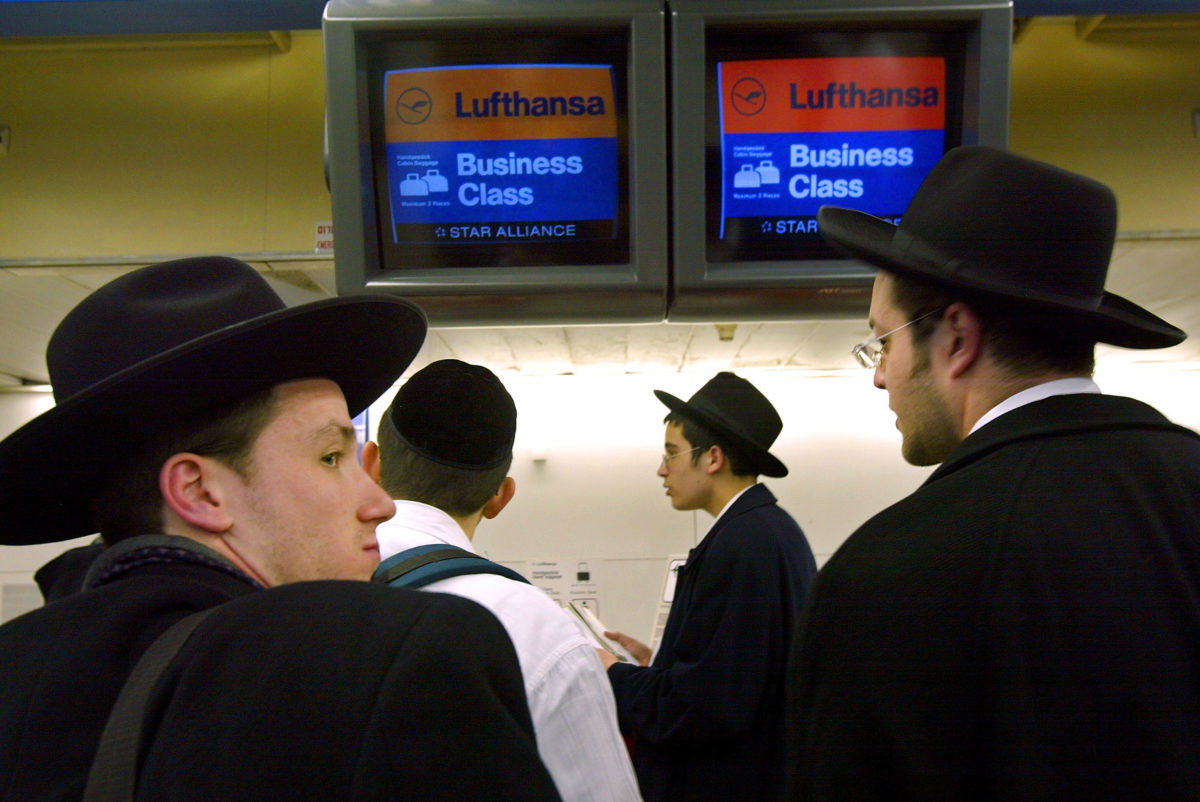 Ultra-Orthodox Jewish men check-in for a Lufthansa flight out of Israel at Ben Gurion Airport March 19, 2003, near Tel Aviv, Israel.

Sen. Bob Menendez (D-NJ) is asking for answers from Lufthansa over a recent incident in which Haredi Jewish passengers were not allowed to board a flight in Germany.

Menendez sent a letter, a copy of which was obtained by Jewish Insider, to the airline’s CEO, Carston Spohr, over an incident that took place last month at the Frankfurt Airport. A large group of Haredi Jews was denied boarding on a Lufthansa flight to Hungary after several members of the group violated the airline’s COVID-19 protocols on an earlier flight by not wearing masks.

“I urge you to hold those accountable for their response and take strong measures to rectify any discriminatory actions these Jewish passengers faced,” Menendez wrote.

During the incident, which took place on May 4, a Lufthansa employee was caught on video saying it was “Jewish people who were the mess, who made the problems.” A few days after the incident, the airline apologized and announced that it had opened an investigation into the episode.

In his letter, Menendez asks Spohr to clarify what policies existed to educate employees about antisemitism, and what efforts the airline is taking to ensure a similar occurrence does not repeat.

Rep. Ted Deutch, (D-FL), who is the incoming CEO of the American Jewish Committee, said last month that he was looking into the incident.

Menendez, who said he was alerted to the controversy by constituents who were denied service by the airline, acknowledged the investigation, but pushed Lufthansa to be more proactive in its efforts.

“I urge your company to do more to address the root cause of the behavior exhibited in this incident,” he wrote.

Speaking on Tuesday night at an event hosted by AIPAC’s New Jersey leadership, Menendez sounded the alarm on rising antisemitism across the globe and referenced the Lufthansa story explicitly.

“We will stand up against those hateful acts and the poisonous rhetoric that supports them,” he said.