‘We are asking you to advocate for a comprehensive, whole-of-government strategy,’ lawmakers tell DHS Secretary Mayorkas 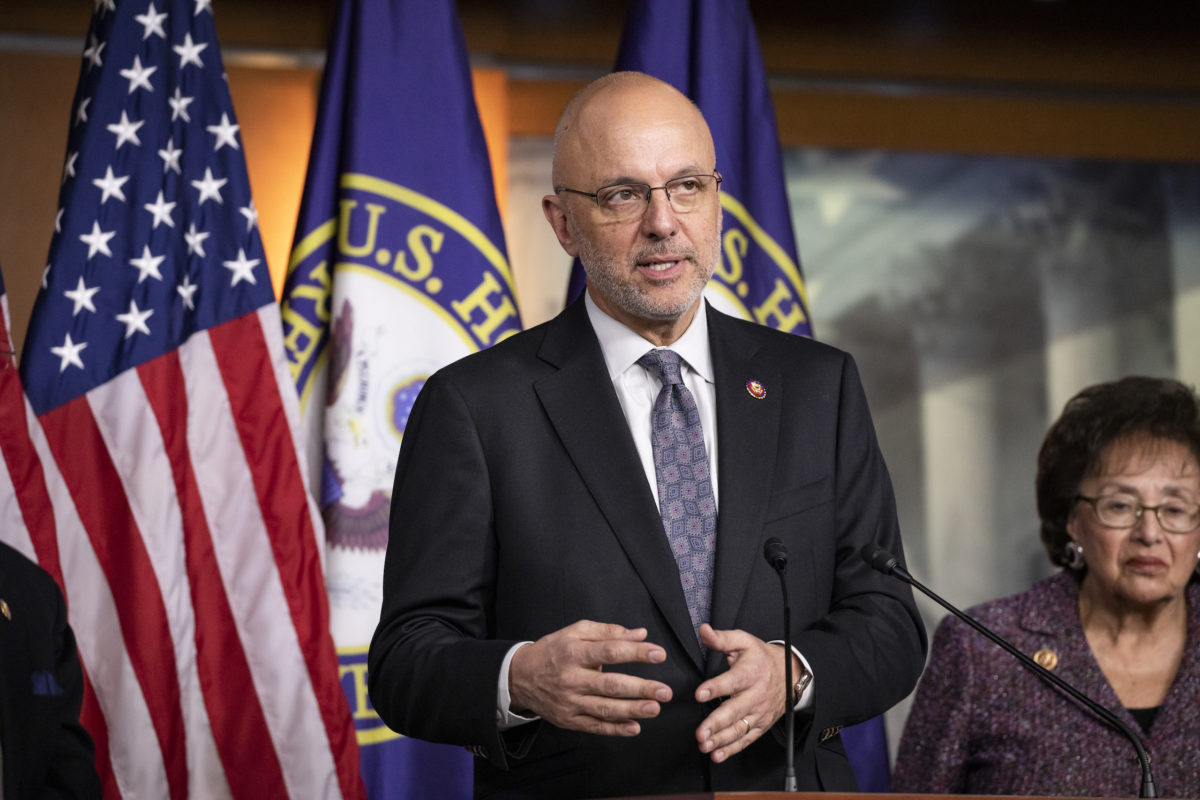 A bipartisan group of nearly 100 House members sent a letter to Homeland Security Secretary Alejandro Mayorkas on Tuesday urging the administration to mount a more concerted effort to counter antisemitism.

“We are asking you to advocate for a comprehensive, whole-of-government strategy, led by your Department, to specifically address the growing problem of domestic antisemitism,” reads the letter, led by Reps. Ted Deutch (D-FL), Brian Fitzpatrick (R-PA), Brad Schneider (D-IL) and Andrew Garbarino (R-NY) and signed by 88 other lawmakers.

The letter notes that the administration has taken “steps… within existing DHS programs to counter anti-Jewish extremism” and praises the administration’s request for increased Nonprofit Security Grant Program funding, but antisemitic incidents continue to be prevalent and rising. Recent Anti-Defamation League statistics found that 2021 was the worst year for antisemitic incidents in the U.S. since the ADL began recording such data.

“It is clear the American Jewish community is on high alert and for due cause,” the letter argues.

The lawmakers call on the administration to ensure communication between federal, state and local agencies, and provide training and resources to counter antisemitism. It also requests that Mayorkas and representatives from the Departments of Justice, State, Education, Labor and Defense brief the House Bipartisan Task Force for Combating Antisemitism about the federal effort to address antisemitism.

“We must ensure every facet of our government is engaging with local community partners on the front lines,” the lawmakers argue. “And we must ensure DHS and all its inter-agency partners are prioritizing this issue and tackling it with the urgency and coordination it warrants.”

The letter represents a significant expansion of a similar call last year, when 55 lawmakers sent a letter to President Joe Biden urging him to address a surge in antisemitism in May 2021 during and following the 11-day conflict between Israel and Hamas in Gaza.

Dan Granot, the ADL’s director of government relations for antisemitism and international affairs, told Jewish Insider that the whole-of-government approach the letter advocates is an element of the organization’s “COMBAT Plan,” a multipart advocacy framework the organization announced on Tuesday morning. ADL worked with the House members on the letter and supported it.

“We just want to applaud Reps. Deutch, Schneider, Fitzpatrick and Garbarino for the important letter,” Granot said. “We’re hoping to bring together all of the appropriate players in the government so that we can further the conversation and pull together action in directed and impactful ways.”

Granot said that there is “coordination” currently between agencies, but urged the administration to launch an “executive-led interagency task force and a larger whole-of-government strategy” to make efforts to counter antisemitism “more effective overall.”

“There’s been a lot of good work done so far, but given that there’s an average of seven antisemitic incidents per day, this is a moment that we can come together and bring together champions from throughout the government in order to better focus and coordinate the efforts across all the agencies,” he continued.

The new letter mentions that Mayorkas penned a response last month. In that response letter, obtained by Jewish Insider, Mayorkas said the department “continue[s] to work with urgency to prevent anti-Semitic targeted violence and calls the prevalence of antisemitic hate crimes “staggering.” Mayorkas goes on to lay out a range of efforts by the administration to counter domestic terrorism and domestic violent extremism broadly and increase access to the Nonprofit Security Grant Program.

Deutch questioned Mayorkas about this response letter at a hearing in April, arguing that the grant program and “programs with a secondary or partial focus on antisemitism can only go so far” given that attacks target the Jewish community beyond places of worship and that identified white nationalists only accounted for only a fraction of the incidents.

“While I appreciate the inclusion of antisemitism in your other domestic violent extremism programs and your strong support for the Nonprofit Security Grant Program, we know that we need to do more,” he continued.

In his response, Mayokas spoke in generalities about his department’s efforts to combat hate crimes and protect minority institutions and said he had been in touch with ADL’s leadership.

“Tragically we are seeing a rise in hate crimes of all types against minority communities throughout this country. Not only antisemitism — I spoke with the presidents of historically Black colleges and universities a few weeks ago in response to a series of bomb threats,” Mayorkas said at the beginning of his answer.