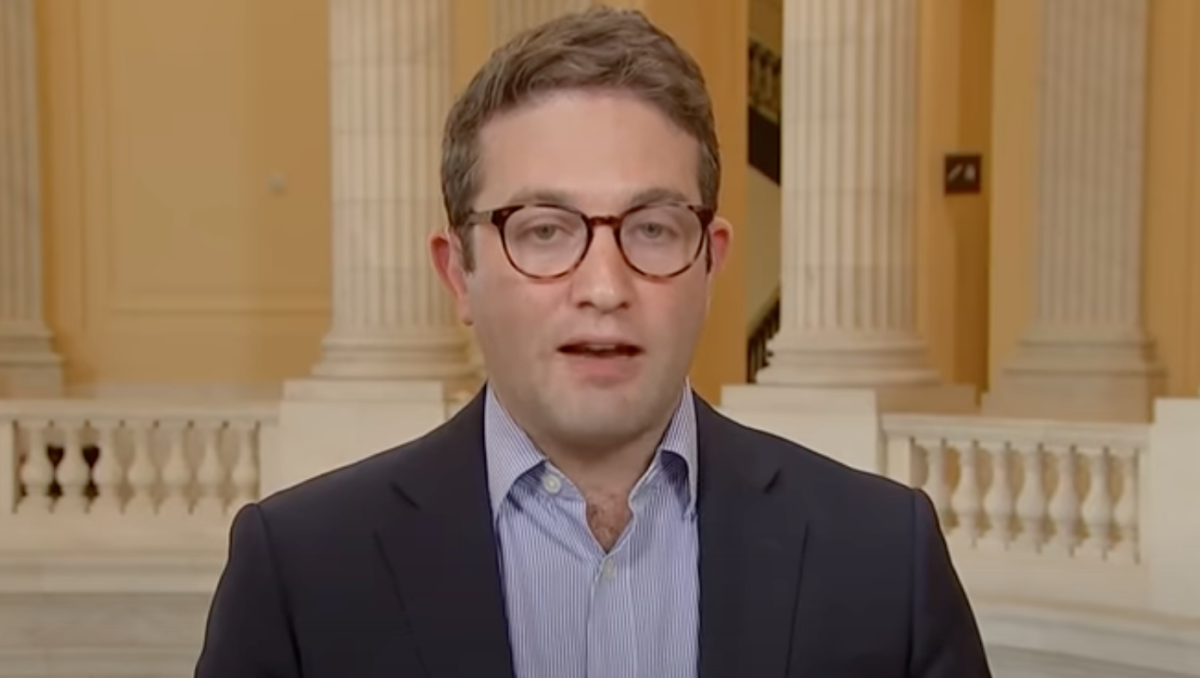 Could the Washington elite wake up to Talmud in their in-boxes?

“I tried to do Daf Yomi a few years ago,” Jake Sherman, co-founder of Punchbowl News, revealed on Jewish Insider’s “Limited Liability Podcast.” But ultimately, the D.C. insider could not fit the seven-year commitment to daily Talmud reading into his work schedule, already packed with briefing the nation’s politicos on the comings and goings in the capital in the form of a daily newsletter.

But the Jewish day school graduate has always kept his Judaism front and center.

“I grew up both in a Conservative and Orthodox synagogue,” Sherman, 36, who describes himself as a “modestly observant Jew,” told co-hosts Richard Goldberg and Jarrod Bernstein. “I went to Jewish summer camp. I went to Camp Laurelwood in Madison, Conn.”

Sherman boasts two rabbis as brothers-in-law, including one in yeshiva in Israel, granting his family a reason to make frequent visits to the Holy Land.

Despite his personal connection, Sherman said his focus on domestic affairs in Congress and the White House means he infrequently covers Israel for Punchbowl.

Still, Sherman remarked that he saw an uptick in criticism of Israel during his time covering Washington. “I think the relative calm has played into the sense. People are more free to criticize,” he said. “There’s been nothing like the Second Intifada, which I think defined my generation’s view of Israel, which is, ‘Holy Lord, we could go to a Sbarro’s and get blown up in the middle of Jerusalem,’” referring to a 2001 suicide bombing at a Jerusalem branch of the pizza chain that left 15 civilians dead.

Criticism of Israel has become a significant factor in a growing internal strife within the Democratic Party, with the moderate and progressive wings battling over everything from social welfare to climate change.

While Sherman backed away from describing it as a “civil war,” he was quick to call the split “an actual big deal.”

“The progressive wing of the party believes that… their mandate is to be as aggressive as possible, and the Josh Gottheimers of the world, and people of that nature, believe that it’s not the way to go, and they’re gonna lose their majority,” Sherman said. “It’s the kind of age-old question: Do we maintain a majority or spend a majority?”

As the Democrats’ majority in both houses could slip from their grasp in the midterms, so too could the Biden administration’s chance to enact significant legislation before the next presidential election. But Sherman argued that Biden already has some legislative success to his name, calling his handling of Congress an improvement over Biden’s Democratic predecessor, former President Barack Obama. “Whether you like or dislike Biden, he has gotten a lot done — more than people give him credit for,” Sherman said. “Obama got a lot done, but [Biden’s] administration is a little bit better and more connected to the Hill.”

Still, Sherman said, there is one area of clear failure congressional for the administration: Iran.

“[Biden] will face bipartisan opposition if there’s an Iran deal,” Sherman said of the administration’s chances in receiving Congress’ endorsement of a potential nuclear agreement with Iran.

The most concrete sign yet of disapproval came in a non-binding resolution in the Senate opposing the deal. The measure, which was introduced by Sen. James Lankford (R-OK), passed the Senate with 62 votes, including 16 Democrats.

“The Hill has been in the dark, which is not something they really like to be in,” Sherman added of the vote. “It is kind of a siren that the administration has problems when it comes to Iran.”