Iranian foreign minister: ‘The national interests of the United States have been taken hostage by the Zionists’ 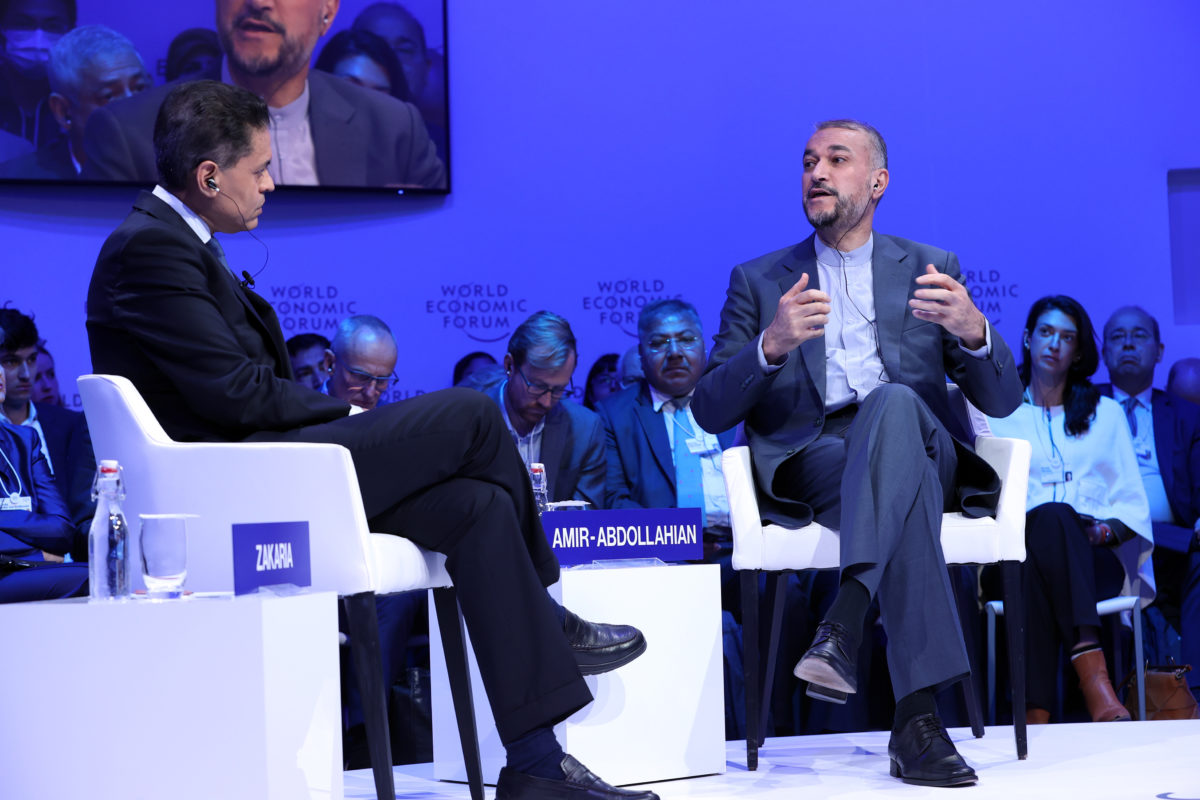 Minister of Foreign Affairs of Iran Hossein Amir-Abdollahian attends a session during the World Economic Forum (WEF) 2022 annual meeting in Davos, Switzerland on May 26, 2022.

“The national interests of the United States have been taken hostage by the Zionists,” Amir-Abdollahian said at the gathering in the Swiss resort where world leaders convene annually to discuss global affairs.

CNN host Fareed Zakaria, who was moderating the discussion, did not acknowledge Amir-Abdollahian’s comment and proceeded to ask a question about the Islamic Revolutionary Guard Corps (IRGC).

Zakaria did not respond to Amir-Abdollahian’s remark.

Amir-Abdollahian also blamed “Zionists” for the stalled talks aimed at restoring the 2015 Joint Comprehensive Plan of Action. “I think if the Zionist lobby distances itself from the national interests of the U.S. just a little, Mr. Biden will be able to make the decision required for making a good deal,” he said.

During the conversation, Amir-Abdollahian downplayed the importance of discussions surrounding the IRGC’s Foreign Terrorist Organization (FTO) designation. Politico reported on Tuesday that the IRGC will remain on the State Department’s FTO blacklist, despite reports that the Biden administration was considering lifting the designation.

When pressed by Zakaria about the designation, Amir-Abdollahian played down its importance, saying that it is “just one level of our talks between us and the Americans indirectly,” and that the issue only achieved prominence because the “Israeli side made it public, magnified it, and now this issue is being portrayed as the main hurdle.”

For weeks, the designation has been considered a key obstacle in talks aiming to resuscitate the 2015 Iran nuclear deal, which the Trump administration abandoned in 2018.

Yet in his remarks on Thursday, Amir-Abdollahian highlighted economic issues as the primary impediment to reviving the 2015 agreement. “What is the hurdle, what has caused the pause or the cessation in the talks is that economic guarantees, we have not come to the point where we can trust the American side,” he said.

Amir-Abdollahian appeared optimistic about the fate of the nuclear talks, which U.S. Special Envoy for Iran Rob Malley called “tenuous at best” in a hearing before the Senate Foreign Relations Committee on Wednesday.

“We are receiving messages from Rob Malley and some of the officials of the United States at the highest level — Mr. Biden himself — that are a little bit different from the public statements that they make.”

He explained that Malley’s remarks may have been influenced by domestic pressures opposing the Iran deal, and that negotiations may prove fruitful.

“It is understandable to me that Rob Malley is also considering domestic purposes, and we know how he is speaking before the Congress,” he said.