Signing the Abraham Accords was ‘breaking with the biggest taboo we've ever had in our history,’ Amb. Omar Ghobash told Jewish Insider 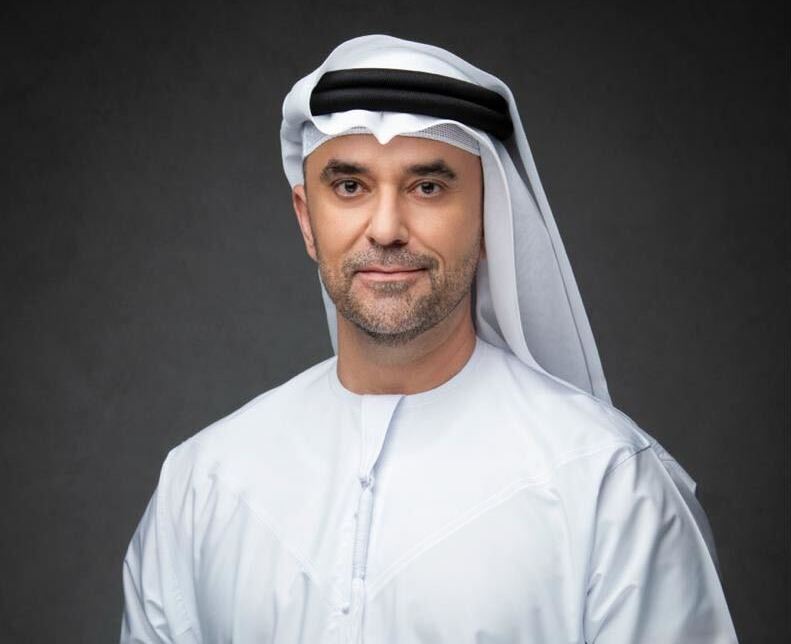 Israelis should feel confident about their newfound ties with the United Arab Emirates and be assured that the normalization process ignited by the Abraham Accords is based on core Emirati values that do not stem from any special or fleeting transaction with the United States, the newly appointed UAE ambassador to the Vatican, Omar Ghobash, told Jewish Insider in a recent interview.

“It’s something that comes up a lot,” said Ghobash, who is currently assistant minister for culture and public diplomacy, referencing some cynical voices that still question the genuineness of the 18-month-old Accords. “It’s actually a principled decision that comes right from the core of the royal family.”

Speaking to JI on the sidelines of the recent Jewish Funders Network Conference in Palm Beach, Fla., Ghobash, 50, who is a well-known diplomat, businessman and author in his own country, will soon be at the forefront of interfaith dialogue and religious tolerance in the Vatican as his country leads a historic process in the Arab world to encourage peaceful relations with the world’s only Jewish state.

Ghobash explained that because the UAE is a “leadership organized society,” everyone looks to the royals for guidance, and his fellow countrymen have chosen to embrace the historic steps taken over the past two years by Sheikh Mohamed bin Zayed Al Nahyan, the Crown Prince of Abu Dhabi, better known by his initials, MBZ.

While clandestine relations between Israel and several Arab countries – mainly based on security cooperation – were a badly kept secret for more than a decade, the public declarations by the UAE and Bahrain in September 2020 to recognize Israel were seen as bold moves.

The Accords paved the way for Sudan and Morocco to normalize ties with Israel months later and, over the past year, the so-called cold peace agreements Israel has held for decades with Egypt and Jordan have begun to thaw. There is now speculation that the process could draw in other Middle East and Muslim states, including Saudi Arabia and Indonesia — and maybe even the Palestinians.

“We know that life is short, and we have a remarkable opportunity in the Emirates to take the country to the next stage, we’ve got an ambitious leadership and a whole bunch of great kids,” said Ghobash, author of the 2018 acclaimed book, Letters to a Young Muslim, which reflects on challenges of faith, culture and society through a series of letters.

“The way I see it is that we’re allying and aligning ourselves with other nations that actually want to build and prosper,” the ambassador continued. “While on the other side are negative players who are manipulative and destructive.”

Ghobash also said that those who have been critical of the Abraham Accords or downplayed their significance do not understand that the Gulf nation was “breaking with the biggest taboo we’ve ever had in our history – to recognize Israel, to recognize the Jew, to recognize this country and to want to work with them publicly. It is a massive thing for us.”

“The lack of seriousness that is attributed to the Abraham Accords by certain parties and groups has really surprised me; it’s almost offensive for us,” he emphasized.

The son of the UAE’s first minister of state for foreign affairs, Saif Ghobash, who was assassinated in a 1977 terrorist attack, the younger Ghobash – who himself is now a seasoned diplomat after serving for more than a decade as the UAE’s envoy in Russia and Paris, respectively – said his country could learn a great deal from Israelis, especially “how to get things done.”

“We are also getting things done in the Emirates, but there are certain areas such as education, government and the private sector where Israelis can offer us examples of how to better involve young people,” he observed.

However, Ghobash cautioned, Israelis need to slow down and have more confidence in the emerging ties. After decades of regional isolation, Israelis have welcomed the Accords with a rush of activities, and there is an unspoken pressure to cement the relationship as fast as possible, in case the window of opportunity closes — as it has with other Arab states. In less than a year, most of Israel’s top leaders have already paid official visits to the Gulf state, while tens of thousands of Israeli tourists and businesspeople have flocked to Dubai and Abu Dhabi seeking shopping and new opportunities.

While Emiratis are also curious about Israel, with many expressing a desire to visit the Jewish state and a handful of senior officials making the trip, overall they appear more cautious. Ghobash suggested the differing approaches were because “Israelis were totally ready for peace,” while the Arab world was less prepared for the process happening when it did.

“Now, all of a sudden, we are at peace and there are expectations… it’s all a bit mind-boggling. What exactly are we supposed to do now?” he mused.

Ghobash also said that the “thrusting” character of many Israelis makes some of his fellow countrymen uncomfortable. “When faced with people pushing us, we feel like we’re being managed, and we don’t like to feel that way,” he said.

“We like to feel that we have all the time in the world to make a decision,” explained Ghobash. “Just because you’re in a hurry doesn’t mean that we’re in a hurry, so this process is there, it will just take a little more time for us.”