Appearing on JI’s ‘Limited Liability Podcast,’ Cohen said the U.S. was failing ‘on the symbolic side of things’ 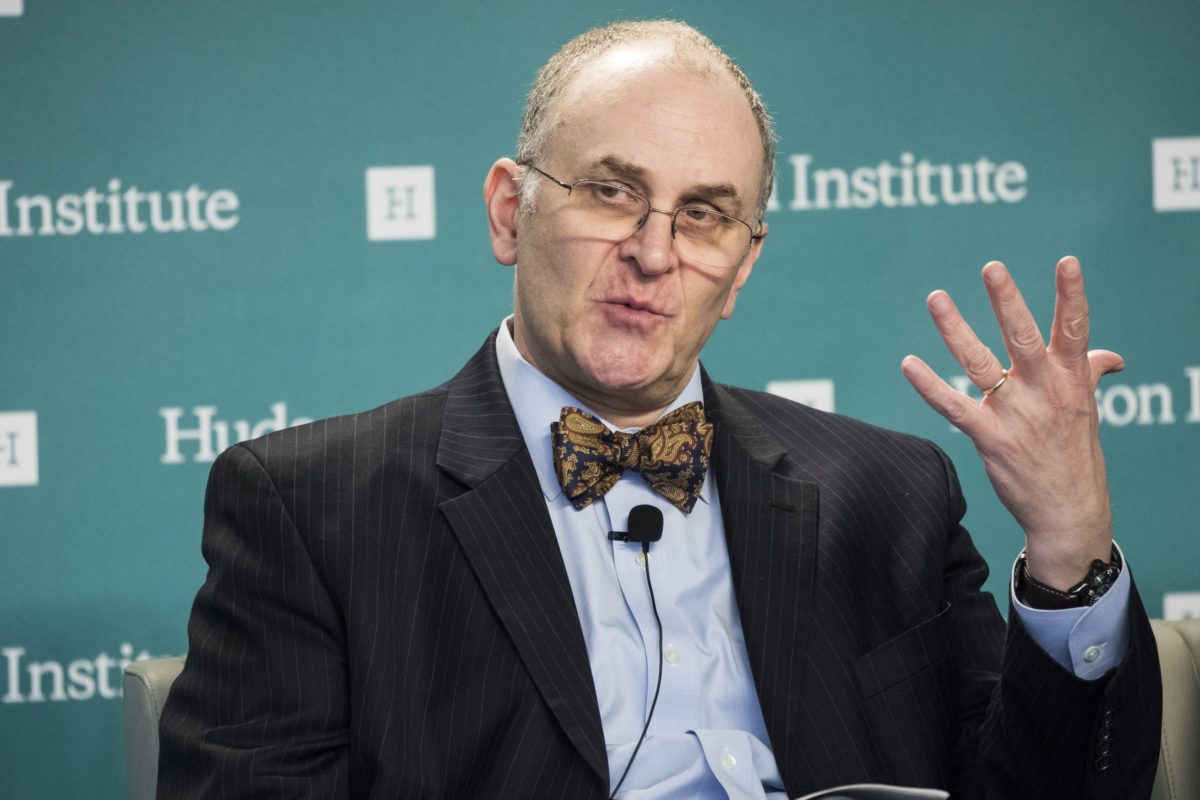 Former Counselor to the State Department Eliot Cohen called on the Biden administration to reopen the U.S. Embassy in Kyiv, during an appearance on Jewish Insider’s “Limited Liability Podcast.” Cohen, dean of the School of Advanced International Studies at Johns Hopkins University, criticized the initial decision to evacuate the embassy, arguing the U.S. was failing “on the symbolic side of things.”

“We should not have taken our embassy out of Kyiv… There would have been plenty of State Department volunteers to stick it out,” Cohen said. “We should certainly be there now. Our embassy should be there now. We should have senior officials visiting Kyiv. If [U.K. Prime Minister] Boris Johnson can go there, so can [Vice President] Kamala Harris.”

“Symbolism is important in wartime leadership,” Cohen said. “I think [the Biden administration has] been way too unwilling to consider other steps.”

“We allowed ourselves to be self-deterred, on things like supplying fixed-wing aircraft and tanks. And they were making silly distinctions between offensive and defensive weapons,” he said of the Biden administration, cautioning, “I am not sure that they have the resolve to deal with what may be, unfortunately, the next big step: and that’s Russian use of chemical weapons.”

According to Cohen, the confirmed use of chemical weapons — reports of which the U.S. and allies are investigating — would require a greater response from the U.S. “Although I was not initially in favor of a no-fly zone, that would be the thing that, for me, would trigger it,” he said. “We just tell the Russians, ‘You’re not allowed to fly over Ukraine. And if you do, we’ll shoot you down.’”

Cohen, who served in the State Department under President George W. Bush and later became a fervent opponent of former President Donald Trump, described the recent decade as “a period of…weak or bizarre presidential leadership.”

“Leadership, as we see in Ukraine, makes a difference,” Cohen added. “Biden actually is innately a much tougher guy than Obama was. And I think his instincts in many cases are OK. Like when he said, ‘Putin’s a war criminal.’ He shouldn’t let his staff walk him back. He is a war criminal.”

Cohen went on to criticize the Biden administration for ignoring and failing to prepare for the broader implication of the Ukraine invasion, including the aggressiveness of the Chinese and the impact on global markets.

“We have to see the problems holistically, understanding that what we do in Europe will have an effect in China,” Cohen explained.

Looking at the tepid response to the invasion by U.S. allies in the Gulf, Cohen criticized the U.S. for previously failing to keep up the alliances in the face of their own struggles. “​​The big mistake that we made… is the UAE, which had really been quite a reliable ally. The fundamental problem is we had allies — and Saudi Arabia is really problematic; UAE, much less so — which were directly attacked. They had missiles raining down on their territory and, basically, we did nothing. I think in the case of UAE, it took like 37 days for the CENTCOM commander to show up and say, ‘Can we help?’ They’re not going to forget that.”

Bonus: Favorite Yiddish word or phrase? “Megulgl zol er vern in a henglaykhter: bay tog zol er hengen un bay nakht zol er brenen.” (“You should die and be reincarnated as a chandelier to hang by day and burn by night.”) Favorite Passover Seder tradition? “We read a letter that my father wrote to my mother. My dad was in the occupation army. He was a psychiatrist who shipped over just as the war was ending. He was in love with my mother… He’s describing going to a Seder with displaced persons. And he’s astounded by the stories he’s hearing and he says, You know, I couldn’t help but think ‘there but for the grace of God…’ so we read that every Pesach.” Favorite Scottish song? “Killiecrankie.” On wearing bow ties? “Early on in my career, I was running the Air Force’s study of the first Gulf War and I was wearing a necktie. And I had to shred some classified waste. I was fitting it into the shredder, and I looked down and I realized that I was about a half an inch away from being turned into a pile of bloody mulch. And so after that, I decided on bow ties, and then afterwards, it just became kind of a gesture of defiance towards the Washington establishment.”