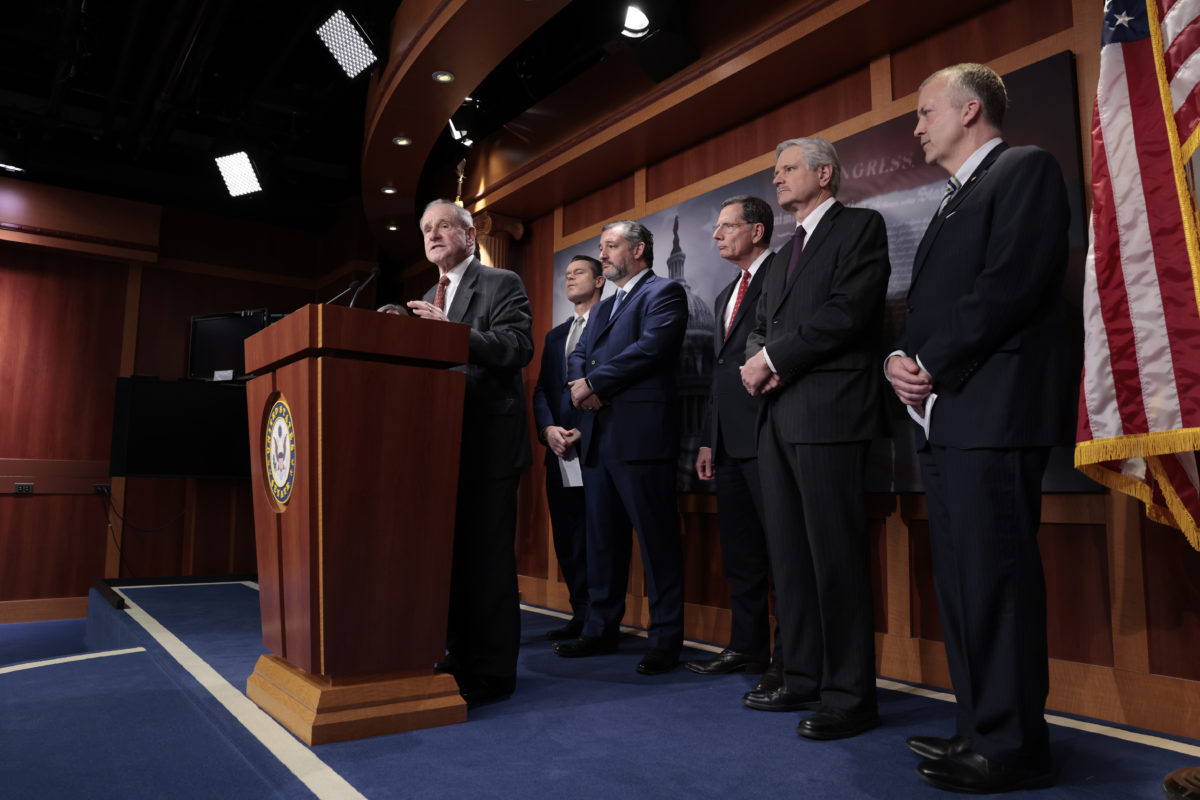 All Republican senators but one — Sen. Rand Paul (R-KY) — joined a statement to President Joe Biden on Monday expressing opposition to a renewed nuclear agreement with Iran, which has yet to be finalized, and vowing to oppose any attempts to withdraw terrorism sanctions.

The senators added that they plan to force Senate votes on any attempts to withdraw terrorism-related sanctions on Iran — and will seek to reimpose them.

The senators also accused the administration of failing to “adequately consult” with Congress about the deal and said the administration has “thus far refused to commit” to congressional review of the deal, either as a treaty or under the terms of the Iran Nuclear Agreement Review Act.

The signatories claimed that the nuclear restrictions in the new agreement will also be less stringent than in the original 2015 deal and will make it more difficult for the U.S. to reach a “longer and stronger” follow-on deal, which administration officials, including Secretary of State Tony Blinken, have said is their goal.

“Republicans have made it clear: We would be willing and eager to support an Iran policy that completely blocks Iran’s path to a nuclear weapons capability, constrains Iran’s ballistic missile program, and confronts Iran’s support for terrorism,” the statement reads. “But if the administration agrees to a deal that fails to achieve these objectives or makes achieving them more difficult, Republicans will do everything in our power to reverse it.”