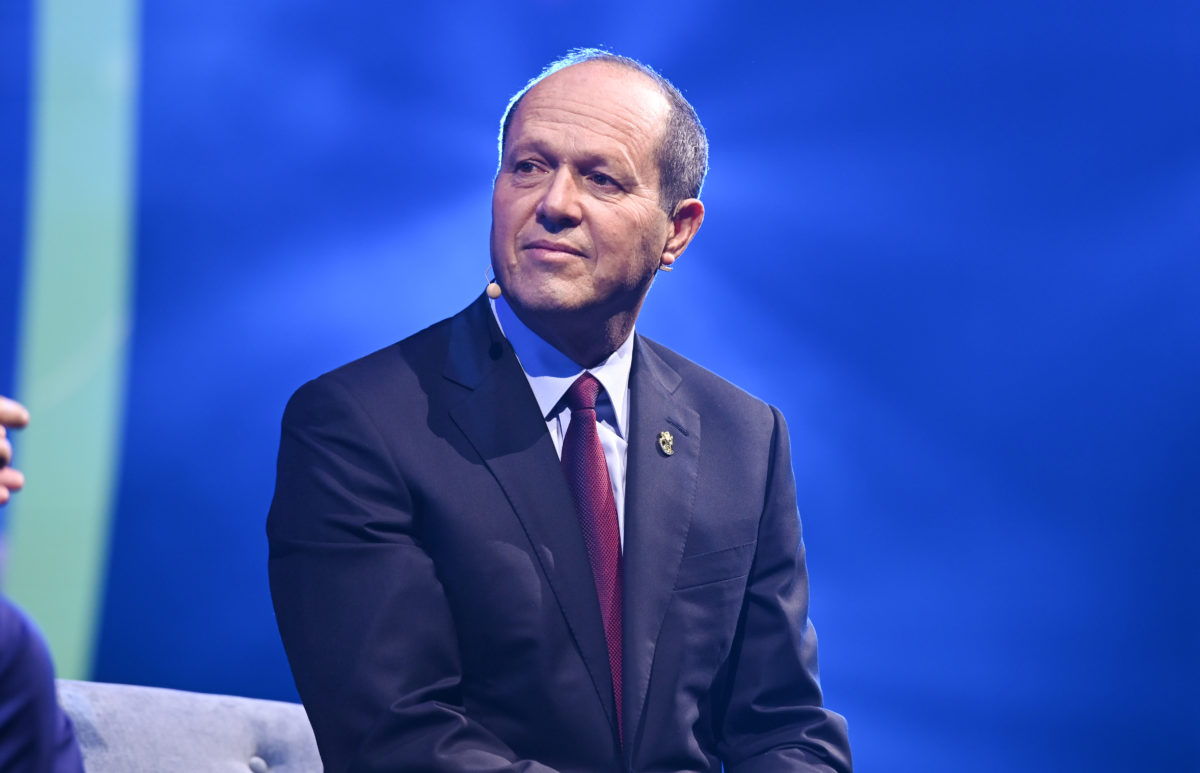 Member of the Knesset Nir Barkat attends the 2021 IAC National Summit at The Diplomat Beach Resort on December 09, 2021 in Hollywood, Florida.

Knesset Member Nir Barkat, who has aspirations of succeeding former Prime Minister Benjamin Netanyahu as the leader of Israel’s Likud party, said on Wednesday in Washington, D.C. that he believes Israel should be taking a more defined stance in support of Ukraine and decried the current coalition government’s efforts to act as a mediator between Moscow and Kyiv.

“I said from day one we should have taken sides with the United States and the Western world and be very, very clear which side we’re on,” Barkat told Jewish Insider earlier this week, during his fourth visit to Washington in eight months. “We belong to the Western world and if it was up to me, I would not play that mid[dle]-role, but take a side.”

Barkat’s comments represent a rare criticism from an Israeli politician on foreign shores of Prime Minister Naftali Bennett’s government, which has been walking a fine line in the conflict, serving as a mediator and taking steps to avoid being overly critical of Russia. Last week, Bennett met with Russian President Vladimir Putin in Moscow, and has spoken a number of times with Ukrainian President Volodymyr Zelensky.

Barkat stopped short of saying that Israel should sell or transfer weapons to Ukraine, as many Western countries have done, saying the Jewish state should focus on medical aid and supporting fleeing Jewish refugees.

Describing Russia as one of the “three big bullies in the world today,” alongside China and Iran, Barkat said that the world, including Israel, needs to “send a very clear message to all bullies that they cannot go to war and bully other sovereign countries, period.”

The Israeli lawmaker and former Jerusalem mayor brushed off concerns that a more aggressive stance against Russia could imperil Israeli military operations against Iranian targets inside Syria.

“Aligning with Ukraine and the Western world is a value decision. And so that’s sort of the major factor for the decision-making,” he said. “Israel will do what it takes to secure ourselves. And I think the Russians must understand that.”

Should the U.S. reenter a nuclear agreement with Iran or should Iran take concrete steps toward creating a bomb, Barkat emphasized that Israel “will need those degrees of freedom…to act and be very aggressive against the Iranians.”

He added that, in the case of a “significant…conventional attack” by Iranian proxies, Israel “probably will attack Iran in a conventional way.”

The Israeli lawmaker called for the U.S. to help facilitate treaties among Israel and other regional states that face dangers from Iran and its proxies — including those that have recently normalized relations with Israel, as well as countries now being targeted by Yemeni Houthi militia forces, including Saudi Arabia.

Such an agreement would enable “Israel and its allies to be very strong on the defensive side” and “maybe deter Iran from acting against any one of the parties.”

Barkat argued it is “certainly possible” with “more support from the Americans [and] clear support against Iran” to foster cooperation between Israel and Saudi Arabia on the basis of a shared threat.

“This would be something that [the United States] would need to sponsor” — similar to the Abraham Accords, he explained. “If the [Iran] deal will not be signed and replaced by a very clear message against Iran and the bully[ing], then that is something that could develop very quickly to be real and strong.”

Barkat also criticized the current Israeli government as not outspoken enough on areas of disagreement with the U.S. government. Prime Minister Naftali Bennett and President Joe Biden have both prioritized keeping relations friendly and keeping disagreements out of the public eye.

“We’ve got to go back to Israel and push our government to voice out the threats that we see and to just say the threats as they are…and not be concerned to have a different opinion than the current administration,” he said. “We’ve got to be honest with ourselves and with our friends in America and lay out the challenges and not be concerned, even if it means that we have differences of opinions. And I know that the American administration will respect very clear things that we put on the table.”